Patrick Vieira aimed a jibe at Darren England after earning a yellow card for his furious rant at the referee following defeat to West Ham, but wouldn’t discuss his complaints.

Crystal Palace were 3-0 down at half-time after Michail Antonio’s opener and a Manuel Lanzini brace. The Argentine’s first was a stunner, the second a spot-kick won after Luka Milivojevic’s careless handball.

Palace were a constant threat but spurned chance after chance. Two late goals from Odsonne Edouard and Michael Olise came too late, and the hosts ran out of time at Selhurst Park. 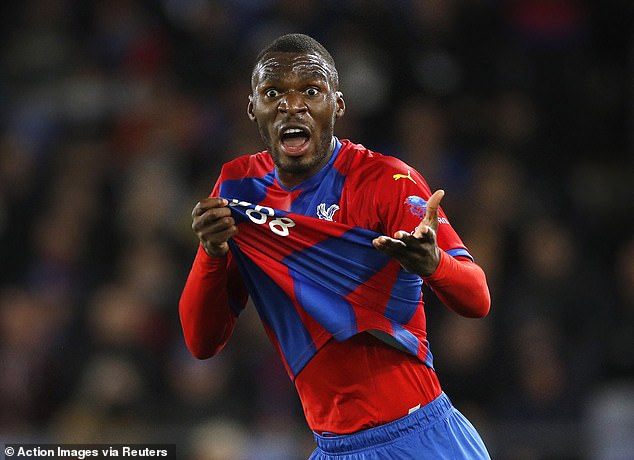 Patrick Vieira’s full-time fury had cooled by the time he stood behind a microphone, telling the BBC: ‘It was the performance of the referee. I was really disappointed with the way the team has been treated on the field today.’

While the Frenchman admitted England’s penalty decision was correct, he wouldn’t reveal the details of his row with the official: ‘It was something between the referee and myself,’ he said.

Palace missed the opportunity to move up to eighth-place with a victory at Selhurst Park, but instead remain 11th with multiple games in-hand on all the teams below. 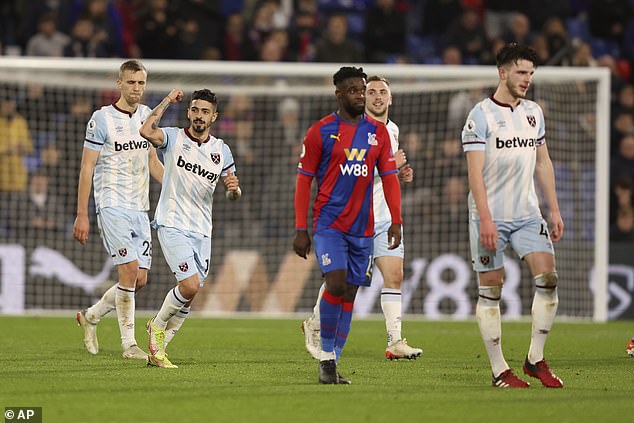 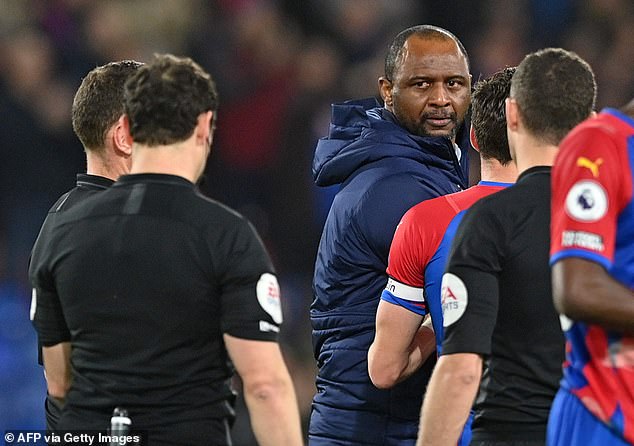 The Eagles showed promising signs against the fifth-placed Hammers and had both Wilfred Zaha and Conor Gallagher missing on New Year’s Day. Vieira certainly took away some positives.

‘It’s difficult because we played some good football and created a number of chances to win that game,’ the Arsenal icon said.

‘I’m really disappointed because I think we were the better team. There are some differences between the teams, they have been building the team for a couple of years now and this is a mature team, so I think their experience counted.

‘A times we were a bit naive, and we were unlucky as well. We are learning the hard way. With more maturity and experience we will manage the game better.’