Patrick Mahomes praises No. 7 draft pick Jaylen Watson’s 99-yard touchdown play to inspire Chiefs’ comeback win over the Chargers as star QB says ‘my birthday party on Saturday will now be his’

Quarterback Patrick Mahomes praised rookie Jaylen Watson after the youngster returned an interception 99 yards for a touchdown to help the Kansas City Chiefs rally for a 27-24 victory over the visiting Los Angeles Chargers on Thursday night.

Watson finally put the Chiefs ahead after the Chargers (1-1), answering Matt Ammendola’s tying field goal, marched to the Kansas City 3. Justin Herbert was eyeing tight end Gerald Everett when Watson, making his first start, stepped in front of the pass with 10:29 to go and ran nearly untouched the other way to the end zone.

A 99-yard pick-six for a first career INT was a fairytale start for Watson, who worked at a Wendy’s his junior year in college while finding somewhere to play football and was drafted as a seventh-round pick this year by Kansas City. 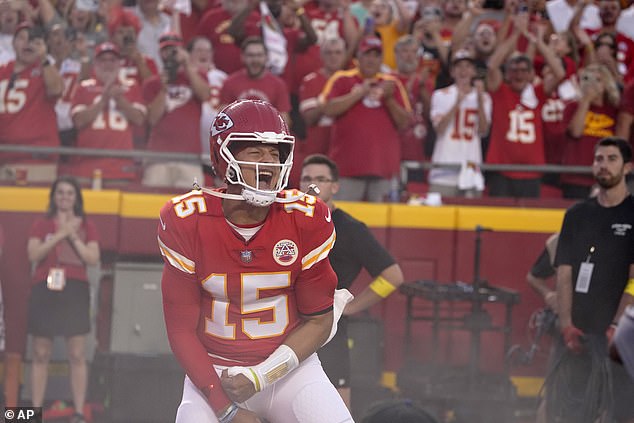 The play matched the fourth-longest interception return in Chiefs history and helped them emerge victorious in a crunch AFC West rivalry.

Following the victory, Chiefs quarterback Mahomes, who shares a birthday with Watson on Saturday, joked the celebrations now belonged entirely to the rookie as he praised him for stepping up.

‘We have a lot of young guys, a lot of new guys and you don’t know how they are going to respond to games like this,’ Mahomes told Amazon Prime. 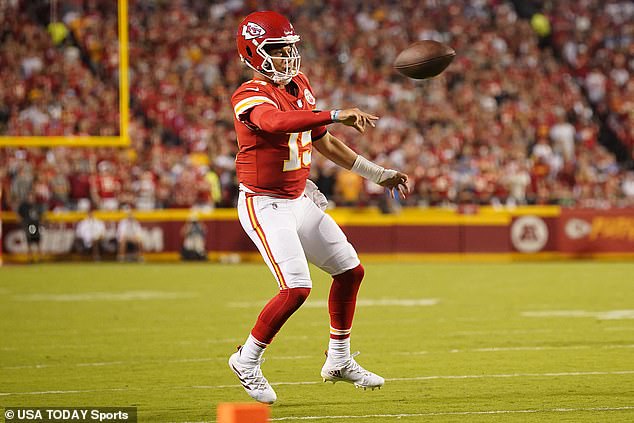 ‘And for a young guy that was a seventh round draft pick to come in and play against a really good offense system and to make plays like that.

Watson’s family was in attendance at Arrowhead Stadium to witness a special night for the cornerback.

And following the game, the 23-year-old told NBC’s Hayley Lewis: ‘I woke up knowing I was gonna get a pick…as a seventh rounder I knew I’d be tested to come up big.’ 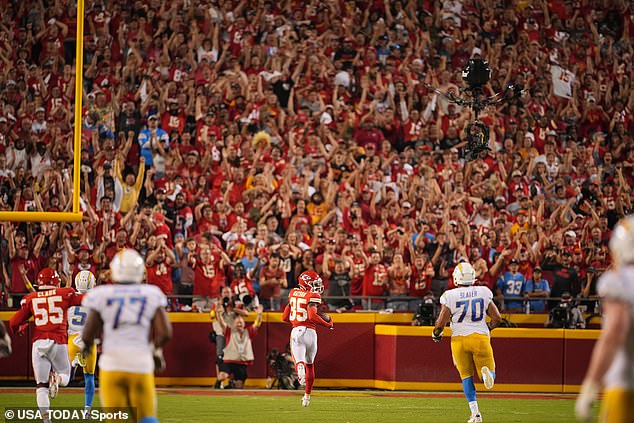 The highly anticipated showdown between two of the league’s prolific young quarterbacks, each surrounded by premier playmakers, turned out early on to be a defensive slugfest.

The Chargers held the Chiefs to 13 yards in the first quarter, thanks to relentless pressure from Joey Bosa and Khalil Mack and the fact that Derwin James Jr. was just about everywhere, and kept a team that scored 44 points last week in Arizona off the scoreboard until Mahomes slung a sidearm pass to Jerick McKinnon early in the second quarter.

The Chargers fared better offensively, even though go-for-broke coach Brandon Staley opted to play conservatively and Mike Williams made a one-handed grab around Chiefs cornerback L’Jarius Sneed to give the Chargers a 17-7 lead. 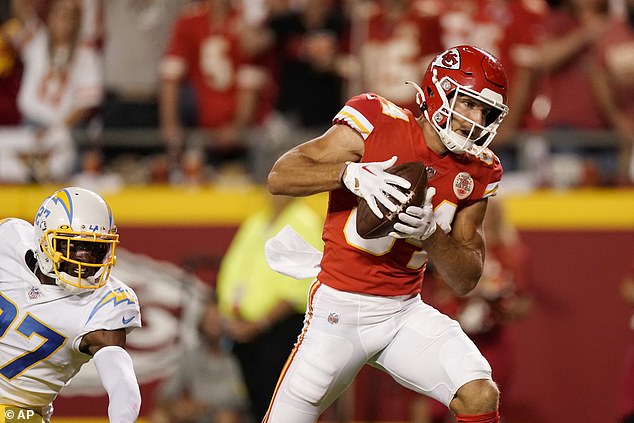 But just as the game appeared to be getting away from the Chiefs, Mahomes and Co rallied, first to tie it 17-all on the first play of the fourth quarter before Watson’s pick-six clinched the first lead that Kansas City had all night.

‘It didn’t start out pretty but they were able to do what championship caliber teams do,’ the Amazon Prime pundit said. 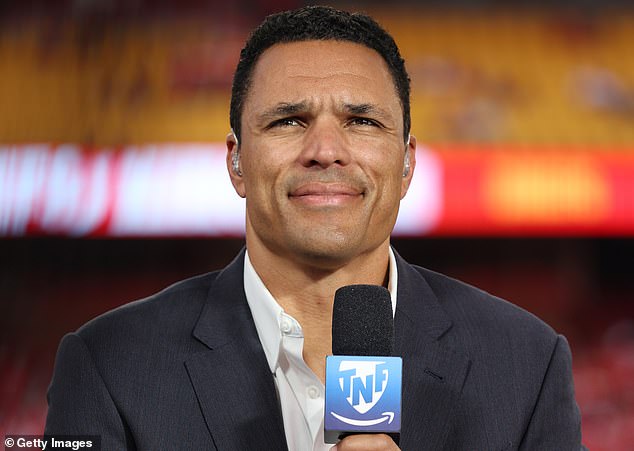 ‘What Andy Reid, Patrick Mahomes, Travis Kelce right three, Chris Jones stepped up. Big time players stepped up when they had to.

‘We said at halftime it wasn’t pretty and you knew something was going to happen. In that third quarter something finally clicked and you could feel that momentum starting to shift and that was when the Chiefs started playing that Chiefs football.’

Andy Reid’s team next face the Indianapolis Colts on Sunday 25 as they look to go 3-0 in a stellar start to the NFL season.