The Blues skipper received 29 votes, one more than Neale, to become the first Carlton player to receive the Brownlow Medal since Chris Judd in 2010 and the sixth in the club’s history.

In an epic finish, Cripps secured three votes in the final game of the season, which allowed him to pip Neale to the post with the star midfielder polling just one vote.

Neale, the 2020 winner, was the bookmakers’ favourite and was bidding to become the dual Brownlow Medallist since Fremantle star Nat Fyfe won the award in 2015 and 2019.

The Lions gun would have also been the first player to to win two ‘Charlies’ in three years – or better – since St Kilda legend Robert Harvey won back-to-back Brownlow Medals in 1997 and 1998.

‘I actually don’t know whether to laugh or cry,’ Cripps, who kicked 20 goals in 21 games this season, averaging 28.1 disposals per game, said in his acceptance speech. 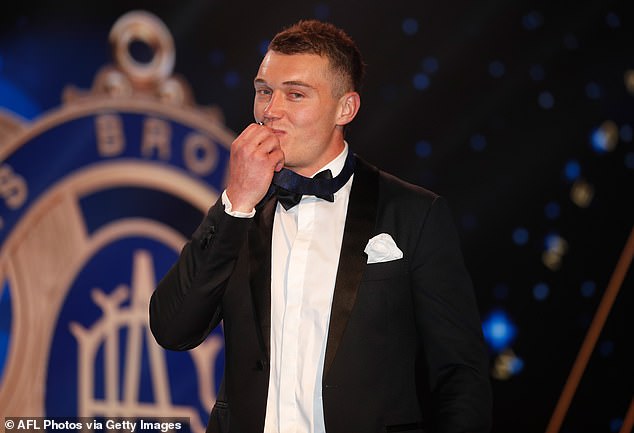 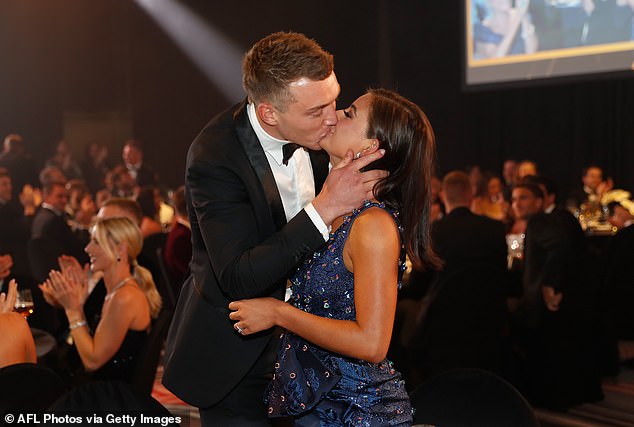 Cripps shared a moment with partner Monique Fontana as he celebrated 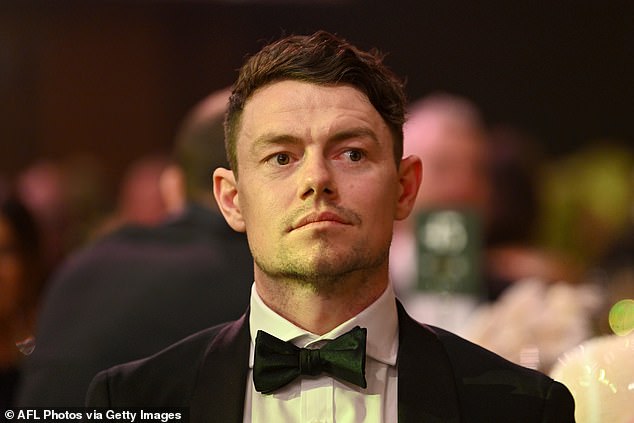 The 2020 winner, Neale finished with 28 votes and was beaten by Cripps in the final round

‘I loved footy growing up as a kid and I remember being at boarding school in Western Australia and I would say to mum could you always sign me out on Brownlow night cause I loved watching it.

‘I can’t put it into words, it’s an absolute honour. To be honest it is nice to just win some games. The first seven to eight years of my journey at Carlton have been tough but I’ve always been an optimist […] this year is the first time we’ve been ahead of the ledger.

Cripps led the vote count with 16 after round eight and reclaimed the lead after collecting three votes in Round 20 for his performance in Carlton’s loss to Adelaide. 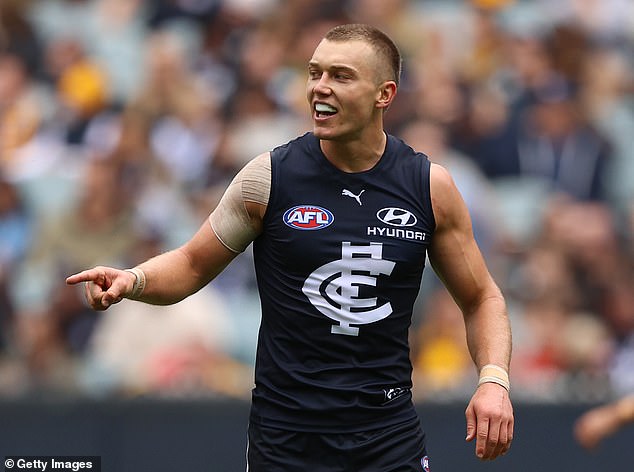 The 27-year-old kicked 20 goals in 21 games this season, averaging 28.1 disposals per game

The 27-year-old finished third in the 2019 Brownlow Medal and looked set for another near miss as he entered the final round on 26 votes, one behind Miller and Neale.

However, he secured maximum votes in Round 23 as he racked up 35 disposals including 27 contested possessions in Carlton’s heartbreaking defeat against Collingwood in the final game of the home and away season.

On a personal level, however, the three points were enough to vault Cripps in the lead as Neale received just one point after the Lions were hammered by Melbourne and Miller missed out on a vote in the Suns’ 67-point 23 win over North. 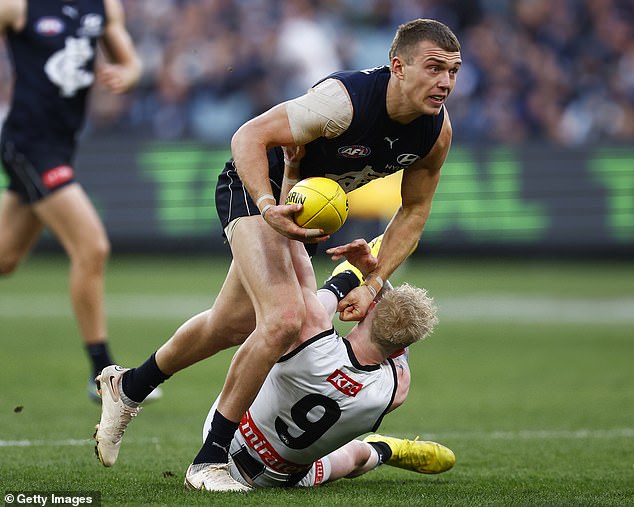 He arguably could have added a couple more votes to his tally but received just one for his three-goal, 30-disposal effort against Richmond in Round 1. The Blues skipper was also very nearly ineligible for the award, as he was suspended after Round 21 for a bump that left Brisbane’s s Callum Ah Chee concussed.

However, the AFL tribunal ultimately overturned the suspension.