If the question was obvious, the answer was anything but. ‘Why has Europe dominated the Ryder Cup over the last two decades?’ Patrick Cantlay was asked.

Because of its merit, here is the 29-year-old rookie’s unedited response: ‘So, I’ve read a few gin books. Let’s see if I get it right. If you play enough gin hands, a one or two per cent difference in skill translates to almost an assured win over many, many hands of gin.

‘But you could have a big difference between somebody — maybe a 60 to 40 per cent skill level difference — and gin is still chancy enough to where you could play 10 hands and lose six or seven of the hands than someone that’s much worse than you skill-wise. 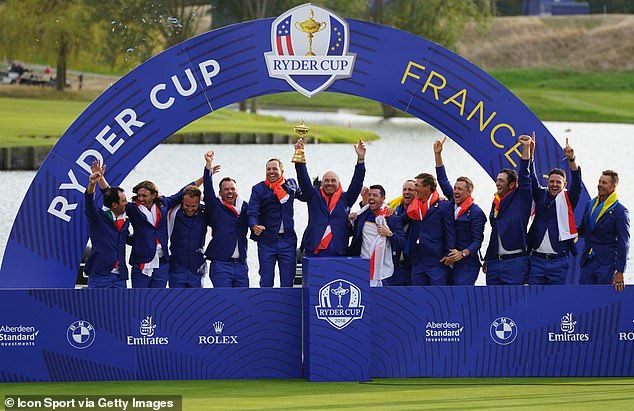 ‘Really, there’s only two — these matches are only played every two years, and golf is very chancy. So would it surprise you if the US went on a similar run to what Europe have been on for the next 20 years? Wouldn’t surprise me.

‘You’re really going to ask a question like that and think you’re going to get the right answer? I don’t have the answers to that. This is my first one.’

Send him to Westminster. If only our politicians’ attempts to give a non-answer answer were as entertaining.

Cantlay is a natural in front of a crowd. One would imagine that speaking before journalists holds few fears when you have given the eulogy at the funeral of your best friend (and caddie) who has been run over and killed in front of you. That was the tragedy that befell the Californian in 2016 when, after his doctor told him not to pick up a club for the rest of the year, high school pal and bag carrier Chris Roth got him off the couch and up for a Friday night out in Newport Beach.

As they returned home after a much-needed, morale-boosting evening, Roth was struck by a car, around 10ft in front of his friend. Cantlay dialled 911 but knew it was fruitless.

It speaks volumes for his character that five and a half years after that horrific night he will make his Ryder Cup bow for his country, in the same month that he was voted PGA Tour Player of the Year after landing the BMW Championship and FedEx Cup. 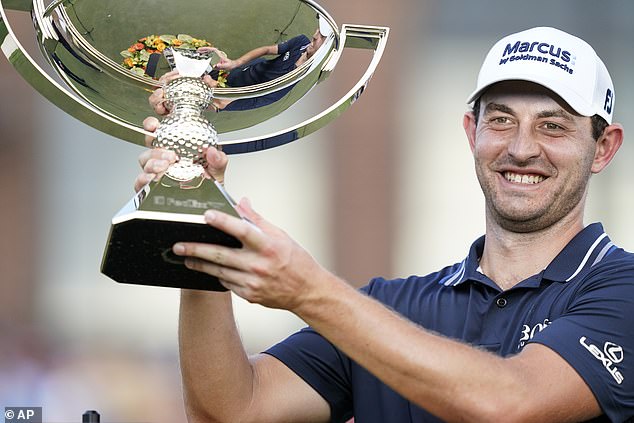 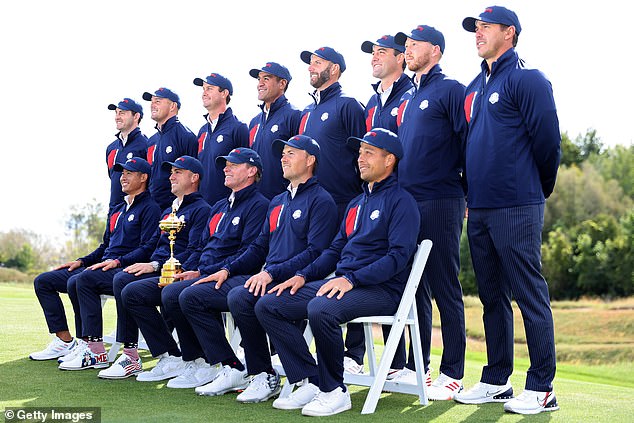 ‘I think there’s something really cool about about the United States, where you could be from anywhere and there’s an underlying feeling of we are still all Americans,’ Cantlay explained.

‘We may disagree with this, that and the other, but we’re all American. We’re all patriots and we all want the best for this country.’ Cantlay, who had suffered a fractured spine in 2013, considered giving up golf in the wake of the tragedy and going back to school.

Instead, he threw himself into gruelling physical therapy sessions, initially hitting 30 balls and then taking a break for a day or two, slowly building his fitness.

He made his return at Pebble Beach in 2017 and is arguably already the star of Whistling Straits. Even the most ardent Europe fan could not deny he deserves any success that comes his way over the coming days, given the hand life has dealt him.