Australia’s climate-crusading cricket captain Pat Cummins objected to a $40million sponsorship deal with a power company despite flying first class and driving one of the world’s highest polluting luxury vehicles.

Cummins was reportedly so concerned about Alinta Energy’s parent company, Pioneer Sail Holdings, being one of the country’s biggest carbon emitters that he shared his ‘ethical concerns’ with Cricket Australia CEO Nick Hockley.

‘More so than ever before you’re seeing players’ personalities and interests and passions shine through and have a bit more of a say than maybe in the past,’ Cummins boasted to Nine Newspapers on Tuesday.

Cummins’ stance, which was quickly slammed by 2GB’s Ben Fordham and One Nation’s Mark Latham, means Alinta’s four-year deal with Cricket Australia will only be renewed for one more season before a new sponsor is sought for the men’s team.

Alinta received a dismal 2 out of 5 stars in this year’s Green Electricity Guide, due to their plan to burn coal to 2047, the local environmental harm they cause and their ranking as Australia’s 7th biggest polluter. 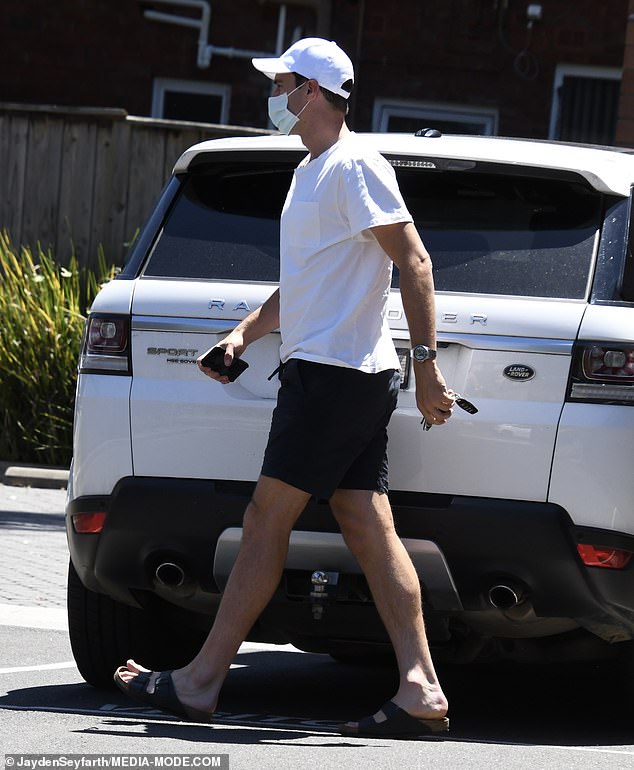 Cummins (pictured in December 2021) has been photographed driving a Range Rover, regarded as one of the world’s most carbon polluting SUVs

‘I think the most obvious, front-of-mind things you can see is who we partner with. So I hope that when we think of who we want to align with, who we want to invite into being part of cricket, I hope climate is a real priority,’ Cummins said.

‘I’ve got my own personal views so when it comes to personal sponsorships there are some companies I wouldn’t want to align with. When we’re getting money, whether it’s programs for junior cricket, grassroots, things for fans around Australia, I feel a real responsibility that with that, we’re doing on balance what is the right thing.’

Cummins’ comments are in stark contrast to his high-flying carbon-emitting lifestyle  which includes flying first class and driving luxury vehicles known for their environmental damage.

The poster boy of Australian cricket uploaded a picture of himself in the past enjoying the perks of first-class travel despite a 2013 World Bank study finding the carbon footprint of first-class air passengers was up to seven times bigger than those in economy.

Cummins has also been photographed driving a Range Rover which the American Council for an Energy-Efficient Economy listed in 2020 as one of the 12 environmentally ‘meanest’ rides on the road due to its carbon emissions.

He suggested Cummins stick to being a world-class bowler instead of telling Cricket Australia’s marketing department how to do its job.

‘The idea that the national captain is personally lobbying for his boss to cancel a $40 million sponsorship deal is just absolutely crazy,’ Fordham told listeners.

‘It’s a power company- not an outlaw bikie gang!’

Fordham said he was not suggesting sports stars take a vow of silence but said they need to be careful what ground they campaign on.

‘No industry is immune from criticism,’ he ended his rant.

‘If you put a line through all of them… there will be no sponsors left!’ 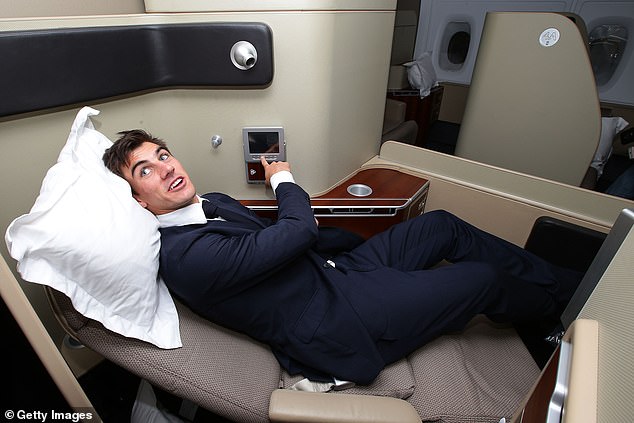 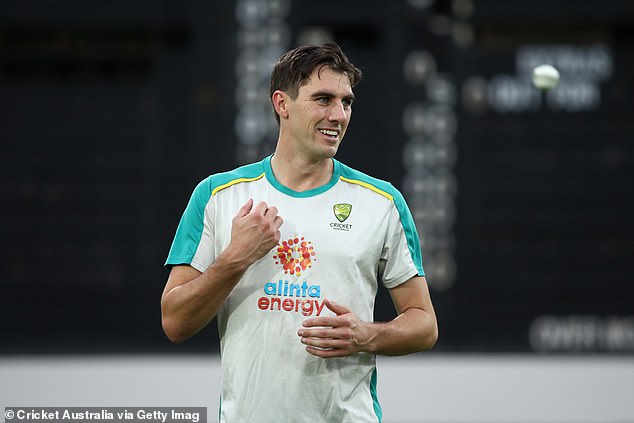 One Nation NSW leader Mark Latham pointed Cummins featured in an Alinta Energy TV advertising campaign for their call centres, where he answered a phone call while doing yoga.

‘Wasn’t Pat Cummins in the Alinta Energy advertising campaign?’ he captioned the ad.

Other critics, including Fordham, also pointed out that Alinta put its reputation on the line when the company signed on as Cricket Australia’s principal partner in 2018.

Australian cricket was in one of its darkest periods at the time in the wake of the ball-tampering saga in South Africa.

Cameron Bancroft was caught on camera taking sandpaper to the ball at the behest of David Warner and with then captain Steve Smith’s knowledge.

The trio’s crude attempt at cheating led to suspensions for the players and the resignations of coach Darren Lehmann and CA chief executive James Sutherland.