EXPRESS INFORMER > News & Politics > Pastor’s wife, 49, gets life for telling her lover to kill her abusive husband by shooting him

An Oklahoma woman was sentenced to life with the possibility of parole after she admitted asking her lover to kill her allegedly abusive pastor husband on Wednesday.

Mother-of-three Kristie Evans, 49, handed her lover a gun, a box of bullets and left the backdoor of her home open for him to enter through before her husband David Evans was murdered on March 22, 2021.

The 49-year-old was handed a life sentence by Pontotoc County District Judge Steven Kessinger yesterday – and she will be eligible for parole in 2060, after serving most of her 45 year sentence.

The pastor and his wife were married for three decades – but they had a secret swinger lifestyle where Evans, 50, would often ‘pressure’ her into having group sex with other men.

Evans had asked her lover, Kahlil Square, to fatally shoot her husband while he slept at their home in Ada, Oklahoma, she testified during a sentencing hearing Tuesday.

The married couple regularly met up with Square, 27, for threesomes at the beginning of 2021, before the two of them began their own affair behind David’s back, where she asked him to kill her husband in their private moment’s together.

At first, Kristie only reported that an intruder had killed him, but later came clean after confessing that the guilt ‘ate her alive’ and was arrested in March 2021 along with Square.

Kristie Evans, 49, is pictured right with her Pastor husband David Evans, pastor of Harmony Free Will Baptist Church in Ada, who was murdered on March 22, 2021 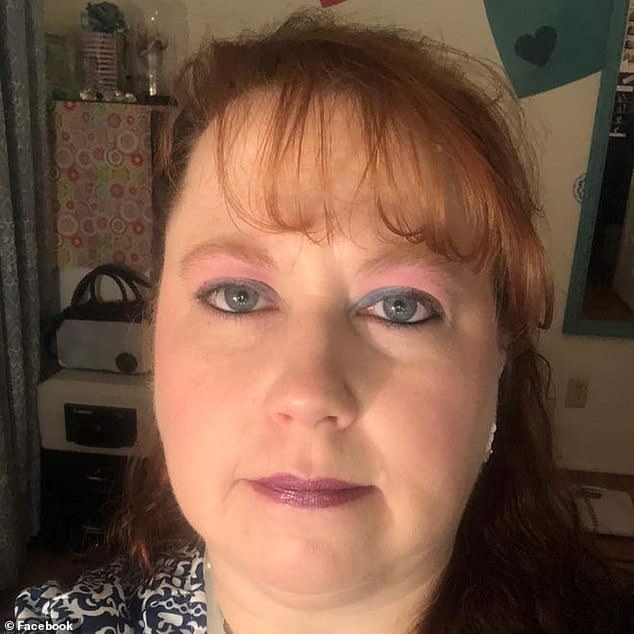 The 49-year-old was handed a life sentence by Pontotoc County District Judge Steven Kessinger yesterday – and she will be eligible for parole in 2060, after serving most of her 45 year sentence 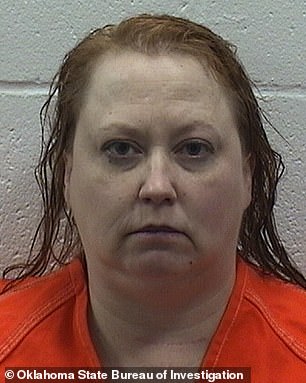 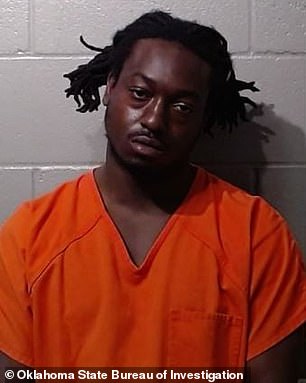 Kristie (left) and her and David’s lover, 27-year-old Kahlil Square (right), were arrested in March on first-degree murder charges in connection with the pastor’s killing

Her husband was abusive towards her, she said in court, describing him as controlling and manipulative behind closed doors. She claims Evans made her sleep with 50 to 100 men – sometimes more than one at once.

She ‘understands there has to be accountability for her actions, and she’s prepared to serve whatever sentence is handed down,’ said her legal counsel Joi Miskel, according to NBC News.

‘She is not a danger to society,’ he said.

The convicted mother-of-three told news outlets from jail that her husband would systematically abuse her psychologically as well as verbally for years.

She testified that she begged Square to commit the crime to free her from her marriage: ‘I was desperate.

‘I wanted to be free from that. I knew of no other way.’

David, pastor of Harmony Free Will Baptist Church in Ada, is said to have branded his wife a ‘frigid b**ch’ for her inability to match his voracious appetite for group sex.

One time when she threatened divorce, he held a .357 revolver under his chin.

He would also restrict her finances, she said, as well as abusing her physically.

Long, the pastor’s daughter, and one of their two sons, 28-year-old Zachary Evans, also described their father as physically abusive.

According to the siblings, he would slam the children’s heads together, lift them off the floor by their hair, and make them clean the house at night while berating them.

The abuse escalated to a point when in April 2010 the three children were placed with their maternal grandparents after reporting their father’s behavior to the police. 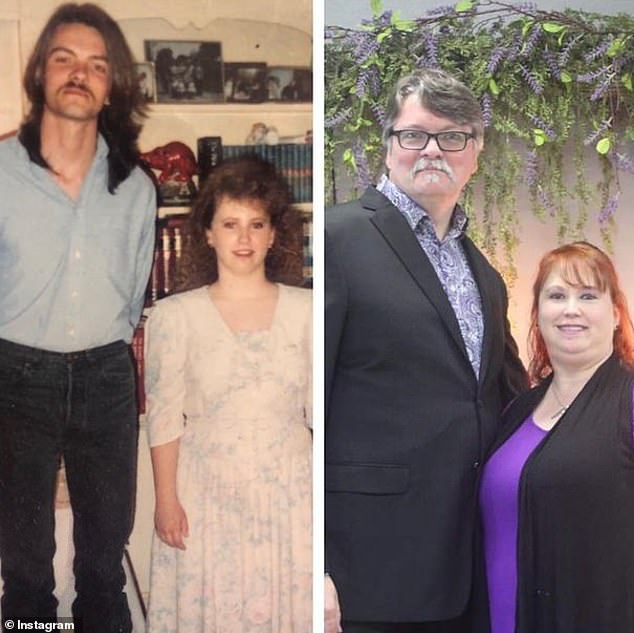 Kristie and David had been together since 1991 (pictured left as a young couple) and welcomed three children. She and her family claimed her husband isolated her from her friends, restricted her finances and abused their children 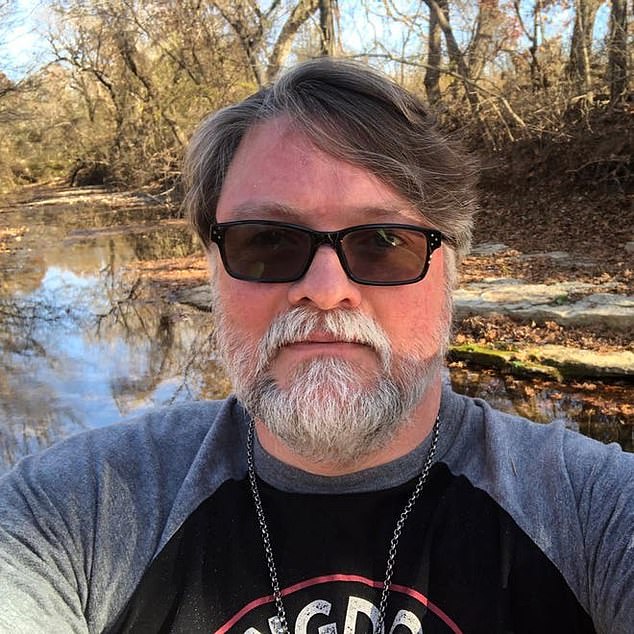 David, pastor of Harmony Free Will Baptist Church in Ada, is said to have branded his wife a ‘frigid b**ch’ for her inability to match his voracious appetite for group sex

Kristie revealed that her husband once held a pillow to her face while pinning down her arms, but she never reported it to anyone because of the lack of physical evidence.

Square entered the Evans family’s home while David was sleeping and shot the pastor dead in his bed.

The wife heard the shot, saw Sqaure run out of the house, and found her dying husband bleeding after being hit in the forehead.

In his final moments, the wife said: ‘I held his hand and told him I was sorry.’

Kristie called 911, claiming an intruder had broken in and killed her husband.

Four days later, she confessed to her daughter, Brittney Long, that she had ‘begged’ her lover to kill her father. She then went to the police and turned herself in.

According to charging documents, Kristie told detectives she had given Square the gun, a box of bullets and left the backdoor of her home open for him to enter through.

Square, 27, was also charged with first-degree murder in the shooting. His next court date is August 25.

He also confessed to the crime, according to testimony at a preliminary hearing last year.

The weapon has never been found. 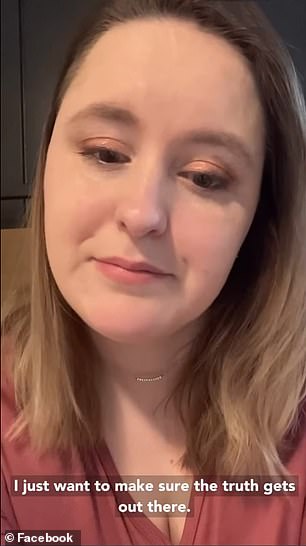 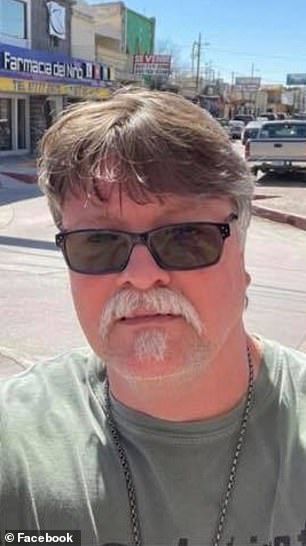 Brittney Long, the Evans’ daughter, said her mother felt hopeless in her marriage and ‘begged’ her lover to shoot her father in their bed

David’s mother, Jean Richardson, defended her son and said he was not as controlling as Kristie claimed.

She argued that if the relationship had been so troubled, she could have left her husband, or sought help, instead of passing a ‘death sentence’ on her son.

Kristie’s daughter, who is now married and has a young child of her own, said she does not know what ultimately prompted her mother to take matters into her own hands, but she speculated that it might have been a feeling of hopelessness.

‘At least now [she] has some control and say so in her life that she didn’t have before — as twisted as that may sound,’ Miskel concluded.

Long also recalled when her mother confessed to the killing and said, ‘Even if I spend the rest of my life behind bars, I’ll be more free than I was with your dad.’