It took four games, and the benching of Pascal Siakam to reinforce the message of team culture, but the Toronto Raptors finally looked like themselves on Thursday.

Fred VanVleet had 25 points and Kyle Lowry had 20 and the Raptors pulled away to beat the New York Knicks 100-83, ending a miserable three-game winless streak, their worst start in 15 years.

“It just feels good, man,” VanVleet said. “A first win is hard to get in any season and losing three in a row any time in a season is not acceptable around here and I think a lot of guys are fired up, there’s a core group here that we know what we’re thinking at all times but sometimes things just need to be said out loud.

WATCH | Raptors ring in new year with win over Knicks: 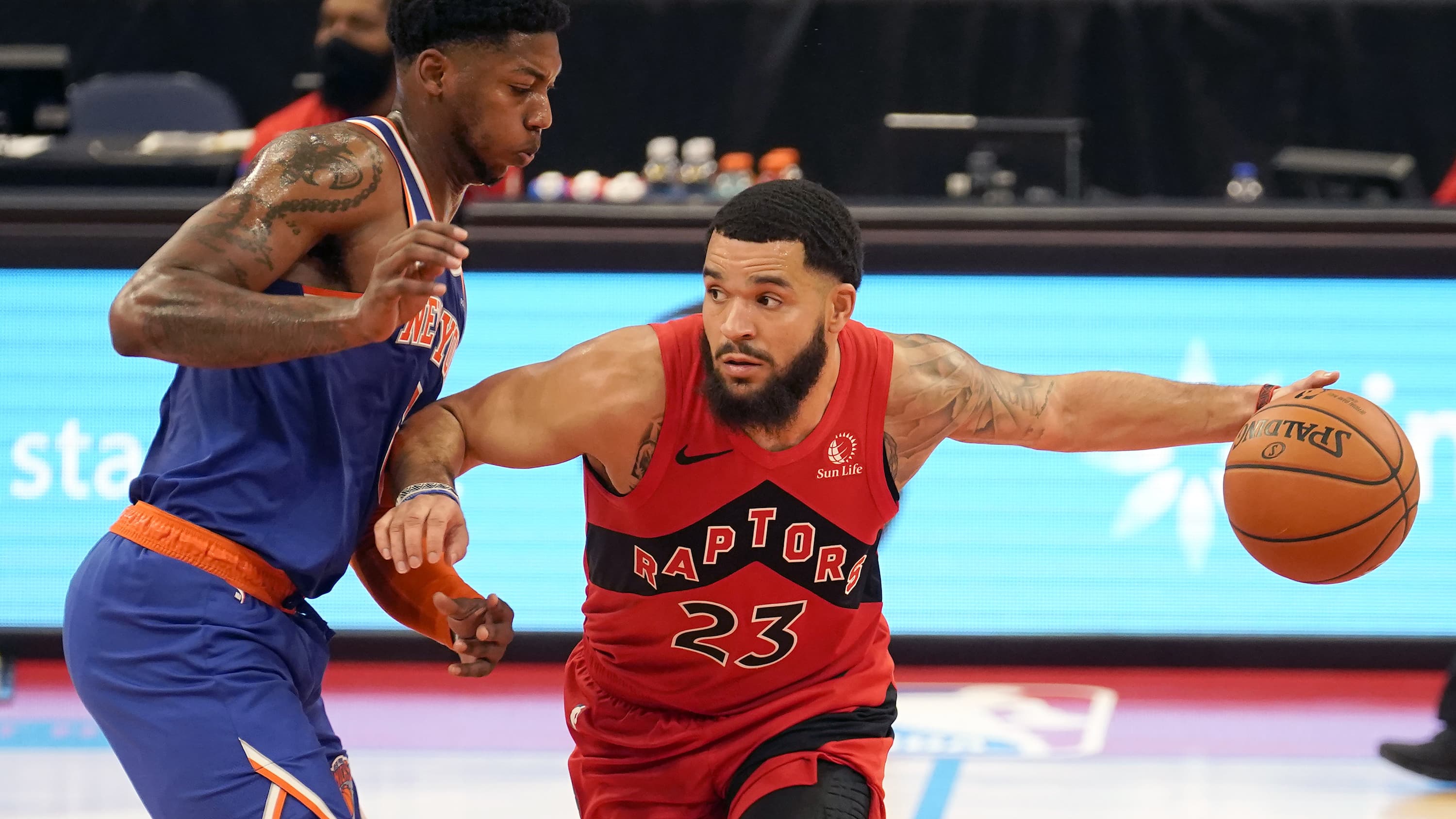 Norman Powell started in place of Siakam and finished with 17 points, while newcomer Alex Len had 11 off the bench.

Coach Nick Nurse had benched Siakam after the angry forward fouled out of Tuesday’s loss in Philadelphia and made a beeline for the locker-room.

Nurse said the move was a “discipline thing for an internal matter.” The message? “Just a certain way we want to do things and everybody’s got to be a part of that. As simple as that,” the coach said.

Julius Randle and Kevin Knox had 16 points apiece to top the Knicks. RJ Barrett, one of 18 Canadians on NBA opening-night rosters, had 12 points and eight rebounds.

The Raptors went winless in their first three games — collapsing down the stretch in each loss to the angst of Raptors fans, and the frustration of players — going 0-3 for just the second time in franchise history. They pointed to the new-look roster and the shortened pre-season as causes.

After the morning shootaround, Len talked about “tension in the locker-room.”

But on Thursday, the Raptors played with the confidence and late-game toughness that they’ve made their cornerstone the past few seasons, to pull away and win, ending 2020 on a high note.

VanVleet pointed to a particular Lowry play that set the tone. The veteran guard hauled down a rebound that VanVleet guessed he had only about 20 per cent chance of retrieving.

“We’re not going to go out there and out-talent anybody this year, we’ve got to do the little things.”

Toronto saw an early 11-point lead disappear at Amalie Arena, but battled back in the third and when VanVleet connected on a pair of free throws late in the frame, the Raptors went back up by eight. A three-pointer by Len sent the Raptors into the fourth up 71-64.

Lowry found Chris Boucher under the net for a dunk, then VanVleet nailed a three-pointer to cap an 11-0 run and the Raptors were up by 11 with 5:27 to play. A Lowry steal led to a VanVleet bucket with 3:01 to play and it was a 20-point difference. Nurse then went deep into his bench to close out the win.

The Knicks shot a brutal 8.3 per cent from three-point range.

“We were in the game,” Randle said. “Obviously 3-for-36 shooting (from distance) doesn’t help but overall we thought it was a very winnable game for us.”

Siakam watched the game in street clothes. He’d had a solid start to the three games he’s played this season, but fizzled in the second half of each.

“So this is not gonna linger around us,” he said. “‘P’ was great. He was great, he handled it very well, he was a great energy for us on the bench tonight even though he wasn’t playing and we can’t wait to get him back out there with us.”