A suit-wearing armed robber who fled a Paris jeweller with £2million in gems passed unnoticed under the noses of potential witnesses because they were distracted by the sight of Jean-Claude Van Damme shopping in a nearby opticians.

The brazen raid took place on Place Vendome a short distance from the Louvre around 5pm Tuesday after a grey-haired thief posing as a customer asked to see valuable items, threatened staff with a gun, and then escaped on the scooter.

But police investigating the crime hit an unexpected stumbling block when it emerged that a number of potential witnesses had seen nothing of the raid because they were distracted by the presence of Van Damme. 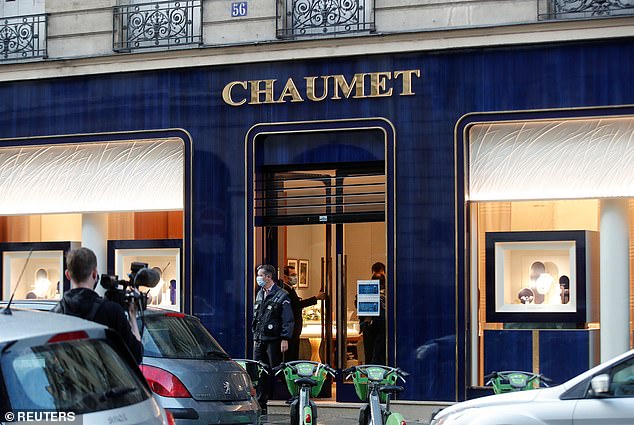 On Thursday, officers announced that a 55-year-old Montenegrin man, who has not been named, had been caught a day earlier along with an accomplice suspected of robbing the Chaumet store

The 60-year-old Belgian strongman and martial artist was in Paris to launch a new action movie for Netflix, which ironically features and electric scooter chase.

His agent confirmed that he had arrived in Paris from the US on Tuesday, and was staying at a hotel close to where the robbery took place.

He had gone to the optician to shop for lenses and was spotted by two people sitting at a nearby cafe, who were subsequently interviewed by police over the robbery.

The pair reported hearing and seeing nothing of the crime, because they were busy observing Van Damme.

The actor’s agent added that he had also seen nothing of the robbery.

But despite the bizarre setback, police managed to arrest two Montenegrin men later on Wednesday and recover a ‘substantial’ amount of stolen jewellery.

On Thursday officers announced that a 55-year-old Montenegrin man, who has not been named, had been caught a day earlier along with an accomplice.

‘They were both on a coach heading for Serbia, and they had the jewels with them’ said an investigating source.

‘Their bus was taking a break at a motorway service station at Longeville-lès-Saint-Avold on Wednesday, and officers from Metz moved in.’

The source said the accomplice was 44, and was also from Montenegro.

During the robbery, security staff at the Chaumet store are seen greeting the man, as ‘they thought he was a customer,’ the source said.

The guards allow the man through a bullet-proof-glass door and bring precious items to him, before he pulled out an automatic pistol.

‘He also told staff that he had planted a bomb and it would go off if they told police,’ said the source. 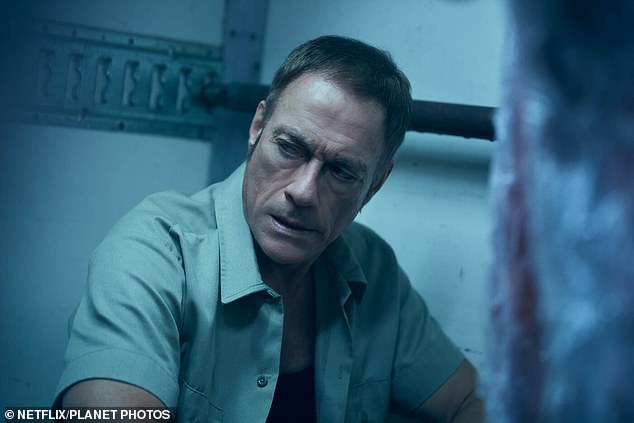 ‘Then he demanded the keys to the shop, and locked everyone inside when he left.

After leaving the Chaumet store on the Rue Francois I, the man dumped his e-scooter in Rue de Marignan.

He then entered the Gaumont Cinema on the Champs-Élysées, spent a few minutes inside, and then disappeared into the Franklin D. Roosevelt metro station.

On Thursday, Paris police said they were on their way to Metz – a city around 331km (206 miles) east of Paris – where they intended to pick up the two suspects and bring them to a cell in the French capital, where they face armed robbery charges.

Judicial sources, quoted in The Telegraph, said that ‘significant part’ of the haul had been retrieved from the suspects who were carrying it.

A source at Chaumet, which was founded as a jewellers and watchmakers in 1780 and which now has stores all over the world, later estimated the value of the loss at between ‘two and three million euros’.

The Chaumet store in the nearby Place Vendome was robbed in 2009, with the loss then valued at some £1.6million.

Chaumet, which is now owned by luxury goods multinational LVMH, had no initial official comment to make.

E-scooters, which are becoming increasingly popular in major cities and towns globally, including in the UK, have been linked to a series of crimes in Paris.

The offences range from alleged manslaughter – an Italian woman was knocked over and killed in a collision with an e-scooter last month – to street attacks and thefts.