The parents of missing woman Leah Croucher said their family has been ‘destroyed’ as they pleaded for information one year on from her disappearance.

Police said they are unable to rule out that Leah came to harm after she ‘effectively vanished into thin air’ in Milton Keynes on February 15 while on her way to work.

A wide-scale investigation was launched following the last sighting of Leah, then aged 19, at around 8.15am on Buzzacott Lane, in the Furzton area.

Claire and John Croucher fear someone may have taken their daughter as they questioned why she would ‘just disappear’ in an anniversary appeal. 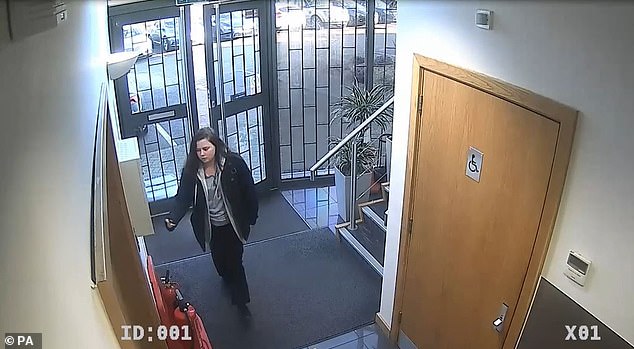 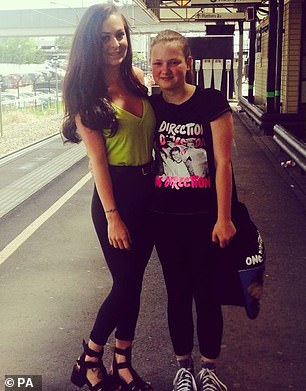 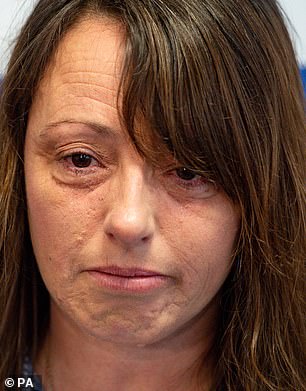 Mrs Croucher (right) says the disappearance of Leah (left, with her older sister Jade) has destroyed her family

‘Every day I feel like I’ve given up hope, and it’s a big struggle to get that hope back,’ Mrs Croucher said.

‘It’s more and more difficult because, if someone took Leah for example, she’s suffering for 365 days and no one wants that for their child.’

She told of her family’s further heartbreak following the death of Leah’s brother, who she says found the disappearance of his sister ‘very difficult’.

Haydon Croucher, 24, died in hospital on November 16, the day after the nine-month anniversary into his sister’s disappearance.

Mrs Croucher said: ‘They’ve destroyed our entire family and I don’t think they will ever come forward with their information.

‘As a family, we hold them responsible for Haydon’s death as well. He obviously, as everybody knows, he couldn’t cope, he found it very difficult.

‘Why do they hate us so much that they’ve put us through this by keeping quiet? They should do the decent thing and come forward.’

Mr Croucher added: ‘Two lives seem to have disappeared. My son has died, my daughter is still missing, we don’t know if she’s alive or dead. 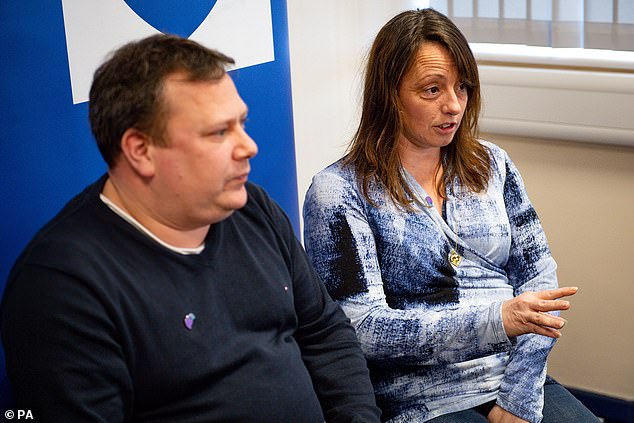 John and Claire are pictured speaking to media at Milton Keynes Police Station, as they plead for information one year on from her disappearance

‘My family is destroyed. Stop being selfish, please tell the police what you know.’

It comes as Thames Valley Police revealed that a reward for any information about Leah’s whereabouts had been doubled to £10,000.

The search for Leah has seen officers visit more than 4,000 homes in Milton Keynes, while officers have deployed specialist search teams, drones and helicopters.

Marine units and dive teams have conducted searches of lakes across the town but police say they have found no items relating to the missing woman.

Detective Chief Inspector Andy Howard, senior investigating officer, said he ‘cannot preclude’ the theory that Leah had been physically taken or been influenced into going missing.

‘What I can say is that 12 months into the investigation, I’ve got no information at all that leads me to reasonably believe that a third party has harmed Leah,’ he told PA.

‘But because of the circumstances in which Leah has gone missing, on a Friday morning, on a route that she is known to take consistently, day-time, and has effectively vanished into thin air.

‘That is really concerning and unusual and because of that, I cannot preclude those theories, even though I’ve got no information to support them at this time.’

Police are appealing for information about Leah’s movements both on the day of her disappearance and on February 14 between approximately 6pm and 7.30pm, when her whereabouts are still unknown.

Leah told her family she was going to a friend’s house the evening before she disappeared but did not do so.

The force is also looking to establish the identity of a woman seen near Furzton Lake between 9.30am and 11.15am on the day of her disappearance.

Three witnesses had reported sightings of a woman of a similar description to Leah ‘angry, upset and crying’, but said they had not been able to confirm it was the missing teenager.

Anyone with any information should contact Thames Valley Police, quoting investigation number 43190049929.