A paraplegic teenager has avoided jail for supplying super-strength Ecstasy pills that killed a 15-year-old girl.

Joshua Fletcher-Ward, 19, who was able-bodied at the time of the dealing, sold 15 MDMA tablets to Shakira Pellow and her friends, a court heard. The defendant admitted two charges of supplying Class A drugs.

He appeared for the sentencing via video-link from his home in St Day, Cornwall, after becoming immobilised following a serious bike accident while he was on bail in May last year.

A judge sentenced him to two years in prison, suspended for two years, after hearing he was still full of remorse for what happened. 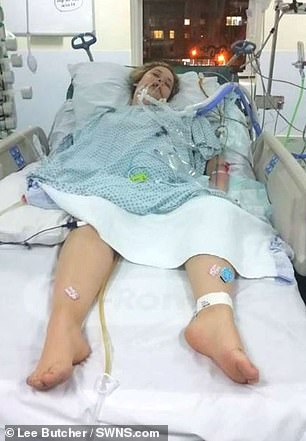 Shakira Pellow, 15, pictured left, who died after she and her friends were sold the pills in 2018 and right, in a photo released by her family to warn others of the dangers of illegal drugs

Truro Crown Court heard Shakira took the pills with her friends before collapsing in a park in Camborne, Cornwall.

She suffered from multiple cardiac arrests and organ failure due to the toxic effects of the drug and died in hospital the next day.

Sentencing, Judge Simon Carr said: ‘Shakira Pellow was a delightful young lady with her whole life ahead of her.

‘As a result of taking MDMA you supplied she tragically lost her life. Nothing I can do can help relieve the pain felt by all who knew her.

‘This is an object lesson in the horror of Class A drugs. They are not party drugs, not a game, not something you try now and then. They will kill a proportion of those who take them.

‘You were only 17 but supplying drugs on a relatively small scale to fund your own habit and for financial gain with no thought of the potential consequences.

‘You have showed remorse the best you can to the extent you named someone else you’d supplied to due to concerns over the batch.

‘You continue to express remorse and took the step of giving evidence in the trial of your co-defendant.’

A second defendant Oakley Willoughby, 18, who bought the drugs from Fletcher-Ward before passing them on to Shakira, was earlier found guilty at Truro Crown Court after a trial.

The court heard Shakira had previously contacted Fletcher-Ward, a known drug dealer, via Facebook and text messages to get drugs on July 6 2018. 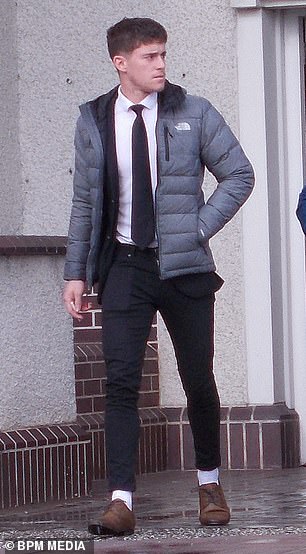 Oakley Willoughby, 18, who bought the drugs from Joshua Fletcher-Ward and passed them onto Shakira, was earlier found guilty

On the evening before she died, the court heard she had been ‘nervous’ about getting the drugs from Ward, so asked her cousin, Willoughby to pick them up.

Shakira and Willoughby then walked to a Tesco car park in Camborne where 15 MDMA pills were handed over by Fletcher-Ward in a car driven by his father.

Some days prior Shakira planned with friends to ‘get on it’ and arranged to buy the pills from Ward.

Following his trial Willoughby was sentenced to a year in a young offenders’ institute and has since been released.

Shakira’s family previously released a photo of her in hospital, to warn other children and parents of the dangers of illegal drugs.

In a victim impact statement read to the court, Shakira’s mum Rita Hole said: ‘Shakira was vibrant, graceful, gentle and so alive. She had so much unfulfilled promise, so much humanity and so much compassion to share. Shakira was an easy child to love, eager to please, extraordinarily kind and always polite and respectful.

‘She was fun, popular, compassionate and a loyal friend. I, as her mother, cherished every moment I spent with her, so many happy memories.

‘To see my baby girl in that mortuary, all cold, is an image that will never leave my head. When a mother gives birth she has an immediate instinctive need to nurture and protect her child.

‘I would give anything to change places with Shakira, to take away the pain she suffered that evening. 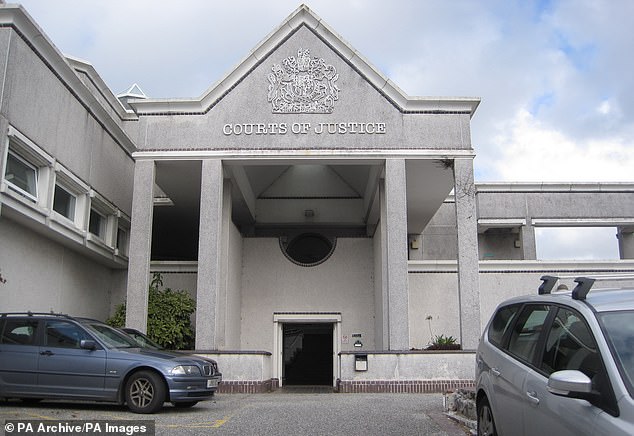 A judge at Truro Crown Court, above, sentenced Fletcher-Ward, 19, to two years in prison, suspended for two years, after hearing he was still full of remorse (file photo)

‘Eventually I couldn’t stand driving home and seeing them carrying on as if nothing happened. I was forced to move out of my own home with all the memories I shared with my precious Shakira. This left me emotionally and physically drained.

‘I feel like I’ve had my heart ripped out. That pain never leaves me.’

Representing Fletcher-Ward, Robin Smith said his client remained ‘absolutely and utterly devastated’ by the impact of what he did.

He added: ‘Nothing he can do can repair the damage he inflicted but he has done everything possible to reflect the remorse he feels.’

Mr Smith added his client made early admissions and pleaded guilty at the first opportunity.