One of Canada’s most decorated cross-country skiers is doing grunt work for the next generation in his sport.

Brian McKeever, a 13-time Paralympic champion, is testing wax for young Canadian racers at this week’s world junior and under-23 championship in Vuokatti, Finland.

The 41-year-old from Canmore, Alta., gets handed skis from the wax technicians and tests them on snow to determine the waxes that glide and grip best.

McKeever calls himself an extra set of hands, or legs, but variable weather in an outdoor sport can quickly alter snow conditions and put him in the hot seat.

“I’ve seen the panic when the conditions are changing fast and you need to make a change in five minutes,” McKeever said. “I hope I can be useful at that point and not in the way.”

McKeever, a visually-impaired skier, hasn’t been able to race yet this winter.

The COVID-19 pandemic wiped out the world para-nordic championship that would have opened this week in Norway, as well as all but two World Cups still on the calendar in March.

So the 20-time world champion helps out in the wax truck as Canada’s top skiers under the age of 23 race in their lone international event this winter.

“We’re in the wax room all the time as athletes, but we’re not really in it,” McKeever said. “It’s seeing a different side of the same coin.

“Learning from four very good World Cup wax techs. Here I am, a 41-year-old rookie learning from these guys.” 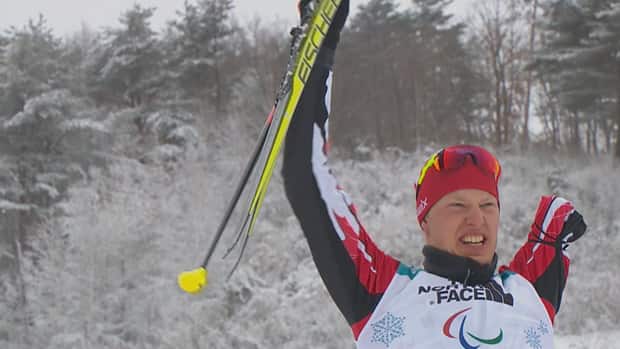 McKeever’s 17-year-old nephew Xavier is among the 20 Canadian skiers racing in Finland until Sunday.

Drolet graduated to the under-23 ranks, but the other three teenagers are still racing against junior competitors in Vuokatti.

In a normal season, McKeever would never had the time to watch his nephew compete because he’d be racing himself.

“These kids are faster than any of us ever were at that age,” McKeever said. “Xavier, my nephew, I didn’t beat him once last year and I’ll never beat him again. I’m so pumped about that.

“I want to see these guys have a better career than I did. I want them to have better opportunities than I did because I feel pretty fortunate with the opportunities I’ve had.”

Owner of 16 medals overall, McKeever is the most successful man in cross-country skiing in Paralympic history. He says his sixth Paralympic Winter Games in Beijing next year will be his last.

“I can feel my body doesn’t respond to training the way it once did,” he said. “Training a thousand hours a year is hard on you. I like it, but I would also enjoy not being in pain.”

McKeever intends to remain in Europe and train in hopes of racing in Slovenia and Finland next month, instead of returning to Canada to face a 14-day quarantine before then.

“That’s something we’ve talked a lot about in our program and I’m sure every sport is talking about,” McKeever said. “How you can manage as a sport within this?

“You can’t go through multiple weeks of quarantine. You can’t stop training for two weeks and expect to perform.”