Panic at the piano! Alarmed cat struggles to jump off the instrument as he gets a fright when his paws hit the keys

One inquisitive cat has proved music isn’t for everyone after being left in a panic-stricken state while trying to escape the piano.

The ginger cat was captured sitting on the piano lid by a TikTok user, thought to be based in Ohio, but when he tried to descend, he got a nasty shock as he stepped on the keys.

As the piano started to make a loud, unpleasant racket when his paws hit the keys, the pet jumped in alarm and flitted from left to right as he struggled to step off the instrument. 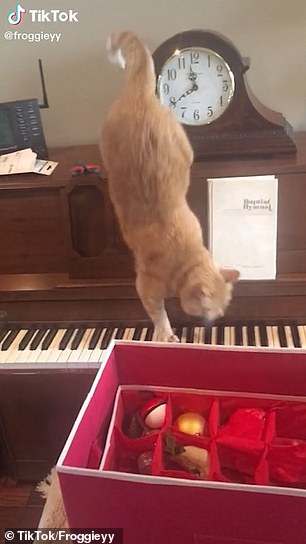 The amusing antics racked up 1.2million likes in just a day.

The ginger feline was not prepared for the noise it would make when his paws tinkled the ivories, and was seen flailing from side to side on the keyboard.

Eventually, after realising there was no way to get off without hitting the keys, he went for it and jumped to the floor, after playing a few final notes.

One social media user joked that the resulting sound would probably impress some experimental jazz musicians. 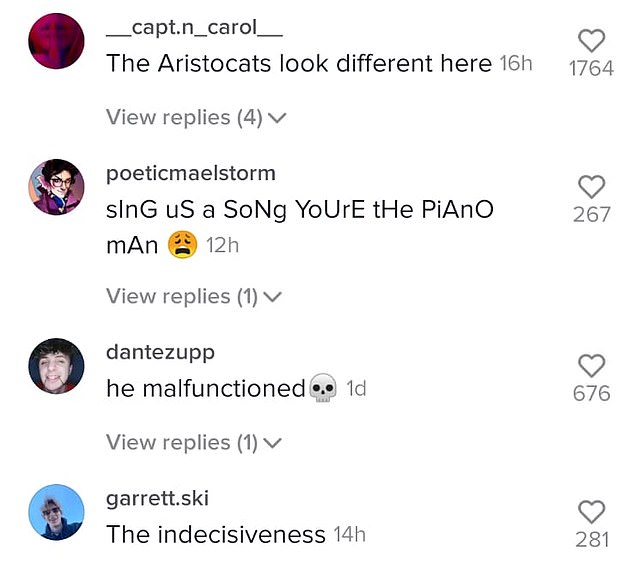 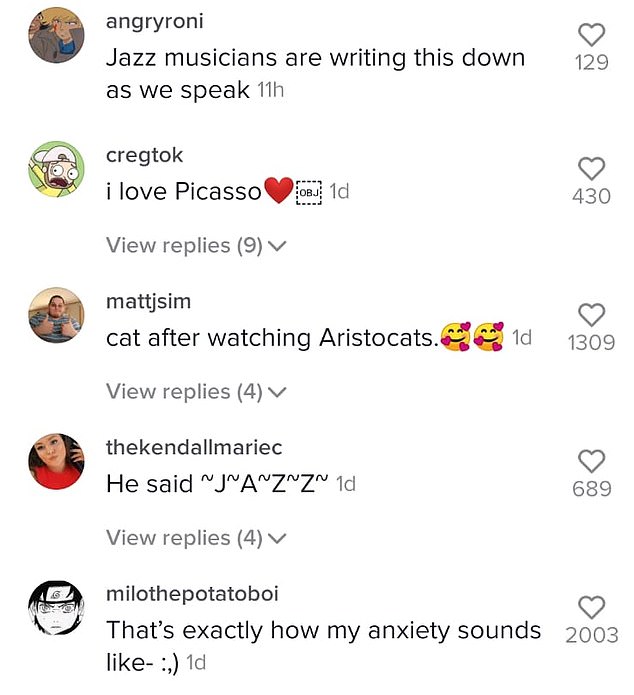 Reaction: Social media users were quick to comment on the hilarious footage, with one person writing: ‘That panic attack was hilarious.’

Social media users were quick to comment on the hilarious footage, with one person writing: ‘That panic attack was hilarious.’

Another said: ‘I’m going to tell my kids this was Beethoven,’ while a third joked: ‘Me trying to get out of a situation and just making it worse.’

A fourth impressed viewer added: ‘Jazz musicians are writing this down as we speak.’