A ‘gangster mum’ slain alongside her hairdresser in a chilling execution may have been targeted because of a dangerous romantic relationship, it has been revealed.

Lametta Fadlallah, 48, was brutally gunned down in the backseat of a Toyota 4WD at Panania, western Sydney, on August 14.

Police are now hunting four gunmen who unleased 15 bullets through the windows of the vehicle also hitting Amy Hazouri, 39, who had just finished blow-drying Ms Fadlallah’s hair for an engagement party at a nearby Lebanese restaurant they were both set to attend.

The popular eatery is owned by Ms Fadlallah’s partner Adel Dayoub. The two had been dating for 12 months.

Detectives are convinced Ms Fadlallah was the intended target and that Ms Hazouri was simply in the wrong place at the wrong time.

Sitting in the front seat was a 16-year-old TikTok star with 100,000 followers and her 20-year-old boyfriend. The traumatised pair managed to escape the hail of gun fire.

One of the shooter pushed the teen’s head to one side while leaning through the window of the vehicle and pulled the trigger. She has struggled to eat or sleep since the tragedy. 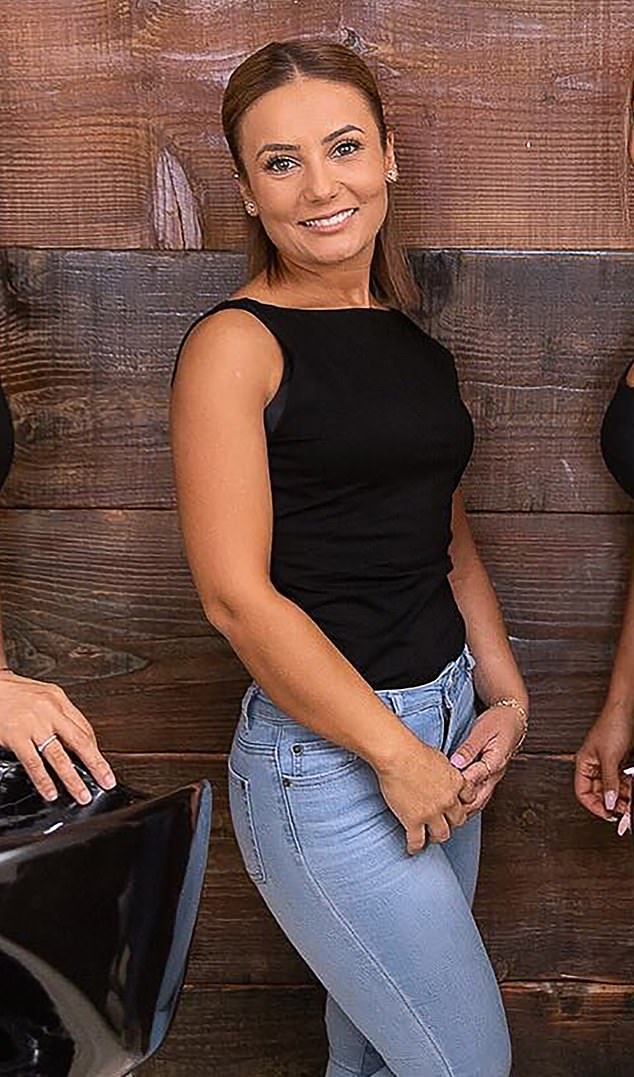 Daily Mail Australia revealed on Wednesday Ms Fadlallah may have become a target after reluctantly talking to police out of a desperate desire to protect someone close to her.

When she learned someone she cared deeply about was in serious trouble with the law, she reportedly contacted the NSW Crime Commission.

That decision made her a ‘marked woman’, Ms Fadlallah’s friend said.

In the months before she was shot dead Ms Fadlallah installed multiple high-tech security cameras at her Hendy Avenue home.

Those cameras are likely to have captured the moment she was ambushed in the driveway.

‘I think she knew it was coming,’ the friend said.

She was well aware of the price of speaking to police.

‘As it was put to me, the killers don’t think they have broken any rules to stay away from women and family because that’s not why she was targeted. She is dead because she snitched,’ a friend said.

‘She didn’t deserve to die… She was a good woman and did everything for everyone, but they’re the rules. In their eyes, that’s something worthy of being murdered for.’ 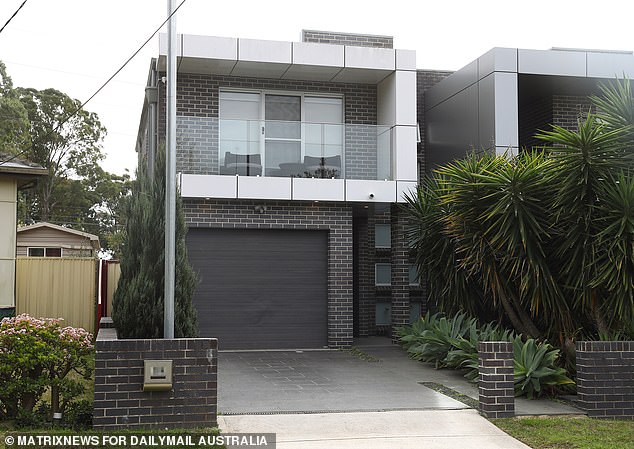 She rented a tidy dark brick duplex in Hendy St, Revesby and her 16-year-old son went to a private school in the area 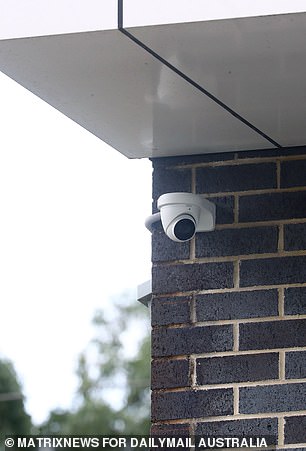 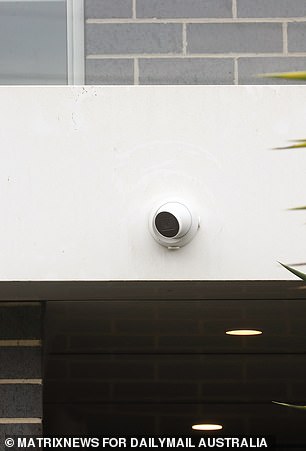 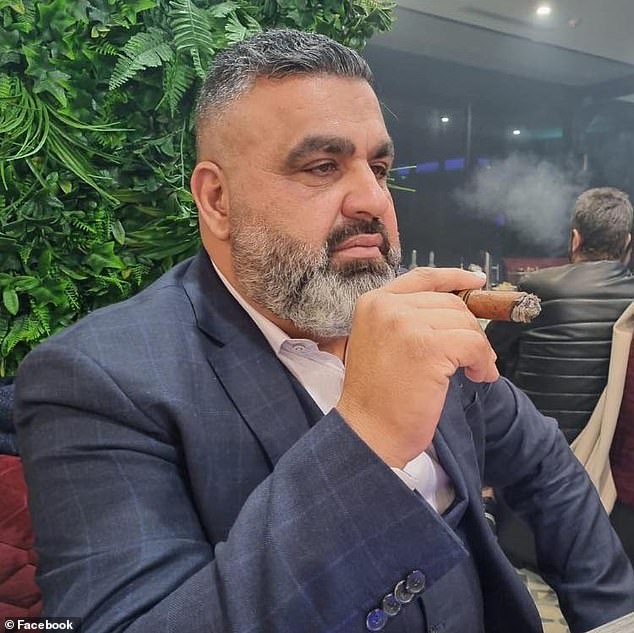 Ms Fadlallah is understood to have been associated with underworld figures for years and was at one point married to Abraham Derbas in the 1990s.

He was a key member of the Telopea St Gang – coined after the Punchbowl, Western Sydney street which rose to infamy between 1998 and 2000 as a hornets’ nest of Middle Eastern gang activity.

Derbas is understood to have long since turned his back on a life of crime and has not been in a relationship with Ms Fadlallah for several years.

More recently Ms Fadlallah was the long term girlfriend of Kings Cross standover man Safi – who was found dead in a Sydney apartment in January 2021 after suffering a heart attack.

Detectives are investigating the links between the pair and other criminals Ms Fadlallah could have associated with – and whether she had information that others wanted to keep silent. 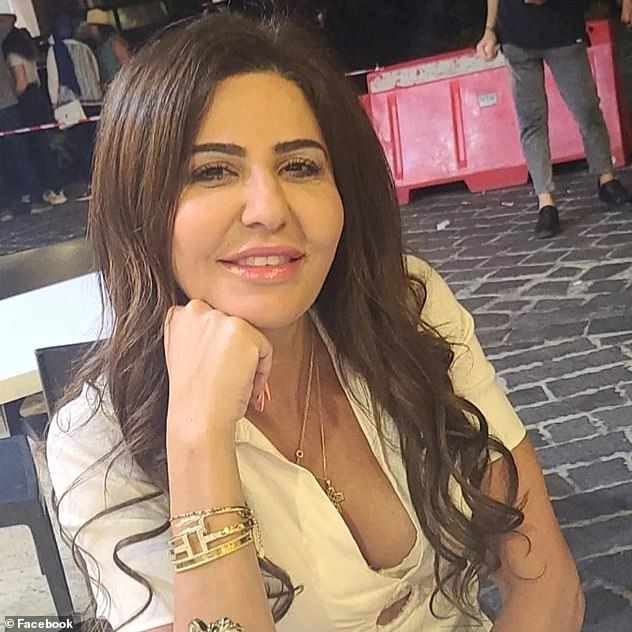 Lameta Fadlallah (pictured), 48, was one of two women killed in a hail of bullets 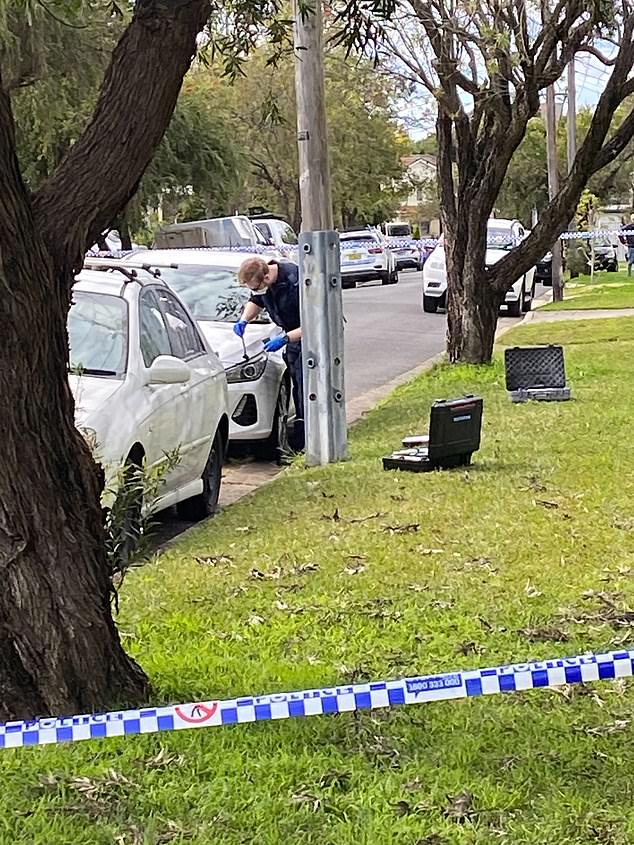 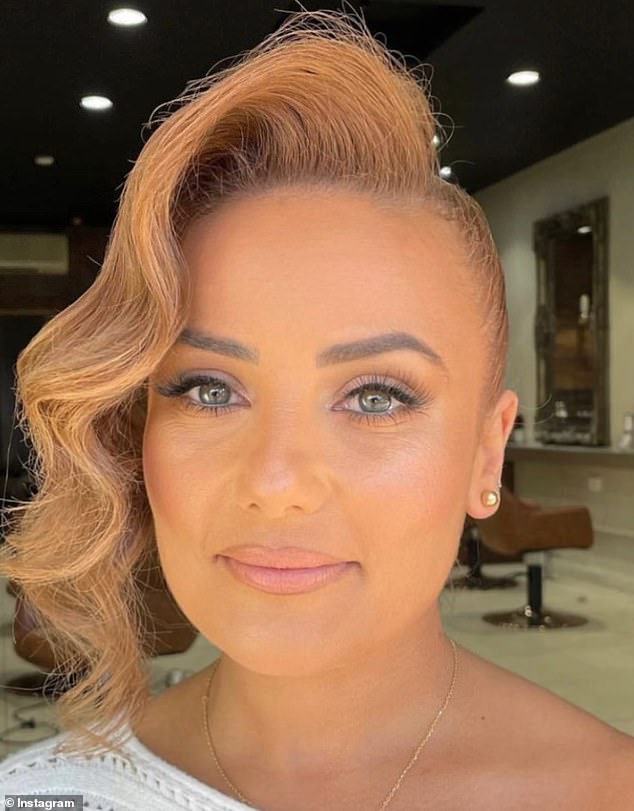 Her hairdresser friend, Amy Hazouri, was also killed during the attack

‘She was right into the life. She would carry the guns for the boys, give alibis when needed and right up till she was killed mixing with gangsters,’ an underworld source who new Ms Fadlallah told the Daily Telegraph.

‘Lam was playing with the big boys and maybe knew too much.

‘She always thought she was smart but this is the most dangerous Sydney has ever been. Killing women so openly is next level.’

Her former husband Safi, at 45-years-old and weighing 200kg, was found dead in his Stapleton Street, Pendle Hill unit after a neighbour was heard shouting for help around 4am. 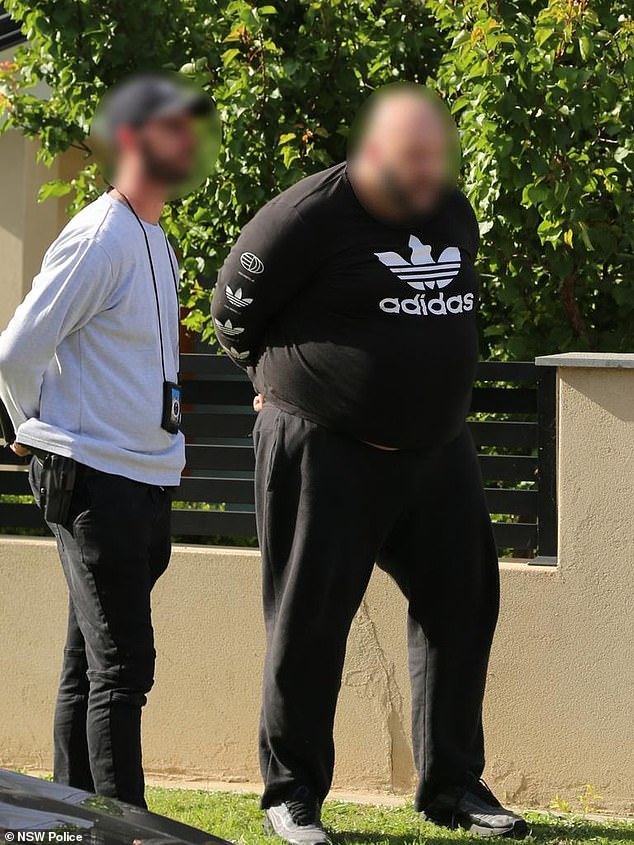 Safi, 45, was arrested his October 2020 (pictured) on weapons charges

He had been released from prison only weeks earlier, with police locating drug paraphernalia in the unit.

The ‘major’ gangland player had close links to criminals and was feared among Sydney’s underworld.

The former bikie and Kings Cross bouncer survived 42 stab wounds while in jail in 2010.

The injuries put him in a coma for five months, with police saying he only survived due to his size. 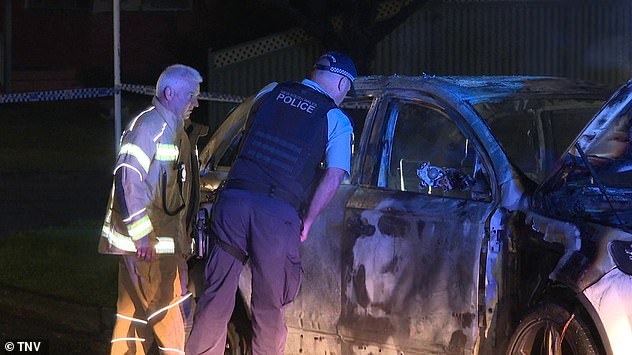 HOW THE UNDERWORLD HAS ERUPTED IN SYDNEY

AUGUST 29, 2020 – Fares Abounader, a Comanchero bikie was shot dead in a drive-by attack as his wife and young child were inside their Panania house.

OCTOBER 4, 2020 – Shaylin Zreika – an associate of the Alameddines – is beaten with a metal bar in a street fight in Strathfield

OCTOBER 18, 2020 – Rafat Alameddine’s former home is shot up in a drive-by shooting

FEBRUARY 15, 2021 – Bilal Hamze’s mother Maha Hamze comes under gunfire again in another drive-by shooting at her home in Auburn

MARCH 12, 2021 – A home linked to the Alameddine family in Guildford is shot up

OCTOBER 20, 2021 – Salim and Toufik Hamze are gunned down outside their home in Guildford

JANUARY 6, 2022 – Brother of Bassam Hamzy, Ghassan Amoun, is shot dead at 35 years of age in a brazen daylight execution as he sat in a BMW outside an apartment building in Western Sydney.

APRIL, 4, 2022 – Mahmoud ‘Brownie’ Ahmad aka ‘Mr Big’ is gunned down in a hail of bullets – after being warned by police that he had a million-dollar bounty on his head for his role in deadly shooting in Greenacre.

MAY 10, 2022 – Comanchero bikies with links to the Alameddine clan, Tarek Zahed and his brother Omar were shot at while training at a gym in Auburn. Omar died at the seen while Tarek miraculously survived after being shot 10 times including in the face.

MAY 14: Rami Iskander, 23, was shot in the torso in front of his pregnant wife and two-year-old child at his home on Knox Street at Belmore just before 4am on Saturday. He is the nephew of Brownie Ahmad

MAY 15: NSW Police launch Strikeforce Erebus to try and tackle the growing problem of gang violence with the Australian Federal Police and intelligence agencies partnering with state cops to stop the bloodshed.

JUNE 28: Former Lone Wolf bikie Yusuf Nazlioglu dies in hospital a day after he is hit by 10 bullets in a Rhodes underground carpark