Pamela Anderson continued to enjoy her success on Broadway as she greeted fans waiting outside the Ambassador Theatre in New York on Tuesday evening.

The Baywatch star, 54, looked every inch the blond bombshell after another night performing as Roxie Hart in Chicago.

Canadian-born Pammy dazzled fans waiting outside for her as she took time to sign autographs while flashing her Hollywood smile.

She’s got it: Pamela Anderson looks every inch the blonde bombshell as she greets fans waiting for her after latest Chicago performance on Broadway

Anderson started her eight-week run as Roxie Hart in the musical last month, with her sons Dylan Jagger Lee, 24, and Brandon Thomas Lee, 25, in the audience on opening night.

When Pamela entered the cast of Chicago, she joined a long line of celebrities to play the lead role of Roxie in the current revival.

The original production, directed and choreographed by Bob Fosse, was only a moderate success in the 1970s despite being led by Gwen Verdon and Chita Rivera.

However the show was revived in 1996, directed and choregraphed by Bob’s onetime mistress Ann Reinking ‘in the style of Bob Fosse,’ and became a huge smash. 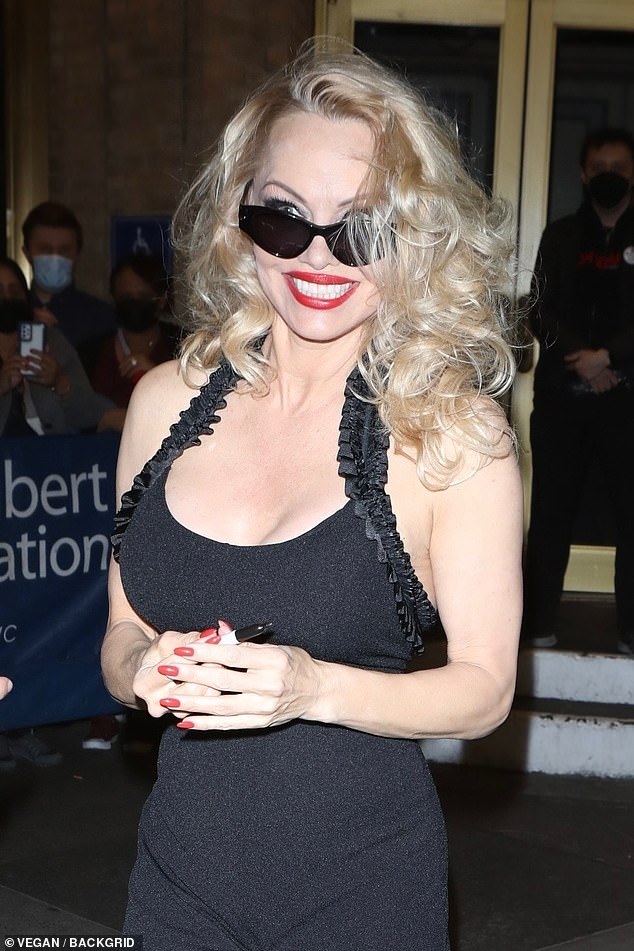 Wow: The Baywatch star, 54, looked every inch the blond bombshell after another night performing as Roxie Hart in Chicago 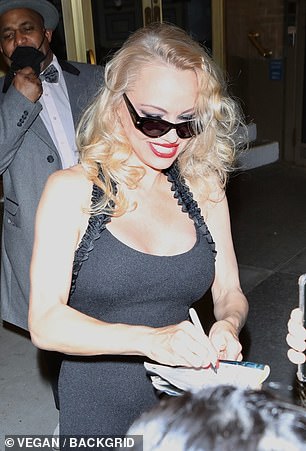 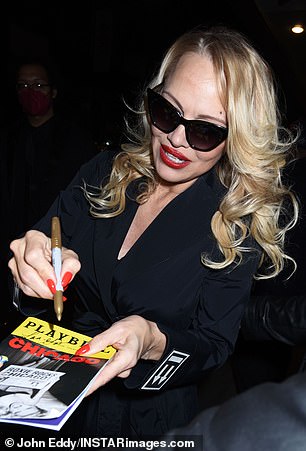 Sign of the times: Canadian-born Pammy dazzled fans waiting outside for her as she took time to sign autographs while flashing her Hollywood smile

The revival has become the second longest running Broadway musical of all time, surpassed only by The Phantom Of The Opera.

Celebrities galore have trouped in and out of the show, with Roxie alone played by a dizzying range of names including Brooke Shields, Ashlee Simpson, Lisa Rinna, Erika Jayne, Christie Brinkley and Melanie Griffith.

Anderson recently announced her upcoming Netflix documentary in a handwritten note on her Instagram, which reads she is ‘not a victim, but a survivor… alive to tell the real story.’ 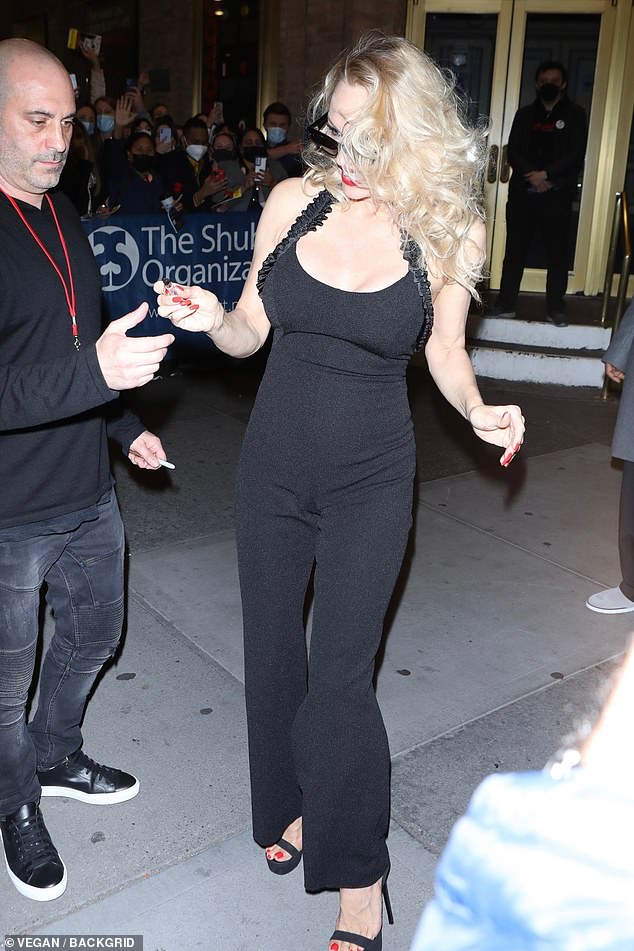 Glitz and pam: The Baywatch star looked simply stunning as she exited the theater

The revelation came after sources close to the actress said she felt ‘violated’ by the recent Hulu series, Pam & Tommy, which is focused on the theft and release of Pamela’s and ex-husband Tommy Lee’s infamous sex tape in 1995.

‘The series has been very painful for Pamela Anderson and for anyone that loves her,’ a source told ET. ‘It is shocking that this series is allowed to happen without her approval.’

‘The only thing she would probably erase is this burglary. She feels so violated to this day. It brings back a very painful time for her,’ the insider added. 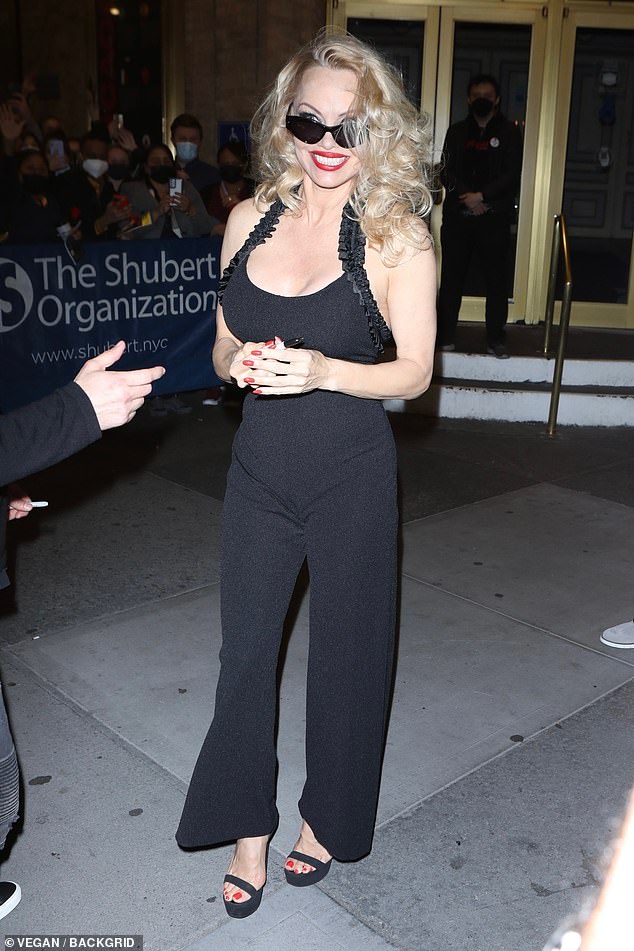 Megawatt smile: Pammy stunned fans with her glam appearance after the show