The Queen’s portrait of a Battle of Waterloo hero that she has hanging in Windsor Castle has been changed to include his links to slavery.

Historical details of the painting of Sir Thomas Picton have now been altered to include a link to his torturing of a slave girl when he was the ‘Tyrant of Trinidad’.

It comes in the wake of the Black Lives Matter campaign which has called for statues and memorials of figures linked to slavery to be reviewed.

Picton was revered for generations as the most senior British soldier to be killed defeating Napoleon at the Battle of Waterloo. 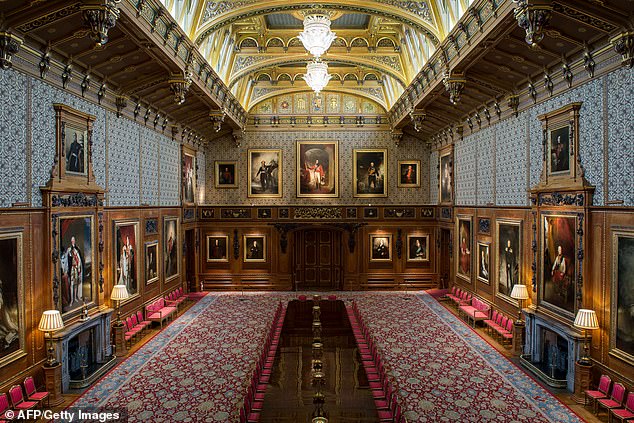 But campaigners said his links to the slave trade should be highlighted – and a call has been made to remove a grand statue of Picton from Cardiff’s City Hall to be replaced with a memorial to a 14-year-old slave girl he tortured.

Lieutenant-General Picton was the highest-ranking British officer killed at Waterloo after Duke of Wellington called him ‘a rough foul-mouthed devil as ever lived’ but ‘very capable.’

Picton’s is the first to be amended in The Royal Collection Trust which has a 250,000-strong art collection includes exhibits at Buckingham Palace and Windsor Castle.

It now reads: ‘Picton’s punitive administration of Trinidad and his subjects’ enforced adherence to strict penal codes were the subject of contemporary controversy in Britain and the West Indies.

‘He was brought to trial in London in 1806, accused of carrying out torturous practices in jails under his jurisdiction. He was later partially exonerated, on the grounds that while he had committed illegal acts not befitting his role as military governor, the right to torture prisoners was recognised under the Spanish laws still enforced at the time.’

It is known as the largest art collection in the world and it is considering altering other notes online and at exhibitions. 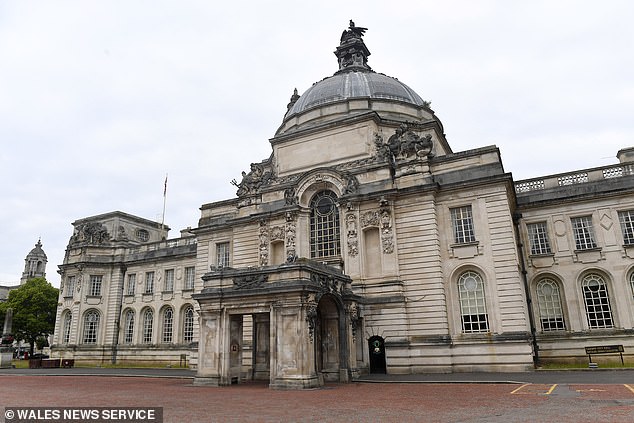 A trust spokesman said: ‘In terms of other records, work is underway within our curatorial teams to improve and update them, which will happen in the coming weeks and months’

A campaign has been launched to remove his statue from pride of place in a City Hall to be replaced with a memorial to Luisa Calderon.

Sir Thomas was convicted convicted of ordering the illegal torture of 14-year-old girl Luisa after she accused of stealing.

He admitted to the charge but the conviction was later overturned. He returned to Britain and was a sitting MP when he was killed by the Napoleon’s troops in 1815. 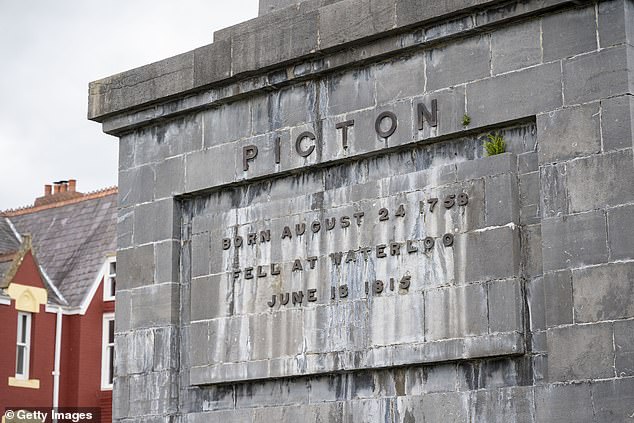 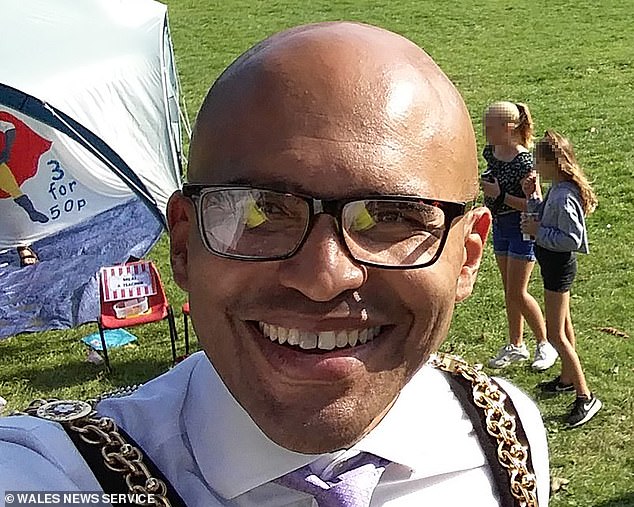 A marble statue of Sir Thomas stands proudly in Cardiff City Hall – but calls to remove it have been led by the city’s own Lord Mayor.

Where is the statue?

Who wants his statue removed?

Cardiff Lord Mayor Daniel De’Ath asked the council to remove the state in an open letter which has received support from council leader Huw Thomas.

A military officer who enjoyed a prolific career before being killed at the Battle of Waterloo. He was the Governor of Trinidad from (1797–1803).

What did he do?

Dan De’Ath – the first black Lord Mayor of Cardiff – called for the marble monument to be removed from an array of the heroes of Wales in the council’s Marble Hall.

He said: ‘I feel that it is no longer acceptable for Picton’s statue to be amongst the ‘Heroes of Wales’ in City Hall.’

An open letter to the Leader of Cardiff Council calls for the statue of Sir Thomas Picton to be replaced with a memorial to his most famous victim.

Calderon was accused of being involved in the theft of money from a businessman who her mother had arranged for her to live with as a ‘mistress’ at age 11.

Unable to get a confession through interrogation, Picton issued the order to ‘Inflict the torture on Louisa Calderon’. Calderon did not confess and was imprisoned for a further eight months before being released.

The statue was unveiled by former Prime Minister David Lloyd George in 1916.. The hall also includes an iconic painting of Diana, Princess of Wales.

Council leader Huw Thomas is also backing calls for the sculpture to be taken down from Cardiff City Hall next to the other Welsh heroes.

Cardiff Council is set to discuss the removal at ‘the earliest opporutunity’.

Picton, born in Haverfordwest, west Wales, is still the only Welshman to be buried at St Paul’s Cathedral.

Dr Douglas Jones, of the National Library of Wales, said: ‘Picton admitted ordering the torture, but claimed that it was legal under the Spanish law still being administered in Trinidad at the time, despite the island being under British rule.’

Dr Jones said Picton’s governorship was ‘authoritarian and brutal’ as he increased the number of lashes given to slaves and authorised executions.