A paedophile who targeted girls as young as 12 and blackmailed them into becoming his ‘sex slaves’ has been sentenced to 26 years in prison.

Jordan Croft, 26, sent a sickening list of rules to his victims,  including: ‘You must send any pic or vids I ask for no matter what.’

Croft also revealed in the horrifyingly explict messages that he had a ‘fetish for online domination and age gaps’, and demanded to be answered with ‘Yes Sir’ or ‘Yes Daddy’.

A list of preferences were also sent, in which he requested to be ‘unfriended’ if his victim was ‘over 14’, ‘not submissive’ and ‘not okay with older boys’.

Croft, from Worthing, West Sussex, pled guilty to 65 offences against 26 victims aged from 12 to 22 in August.

In a series of impactful statements read to the court, one of his victims said she hopes he ‘burns in hell’.

Croft forced his victims to enter a ‘contract of sexual slavery’, even making them film themselves verbally confirming they were entering this contract.

He then made increasingly graphic demands for them to send photos and videos of them performing sexual and other degrading acts.

He demanded some of his victims perform abuse on themselves, on others, as well as send video of themselves urinating or defecating.

Croft sought out young girls on online chat platforms with the aim of dominating and controlling them.

An investigation by the National Crime Agency (NCA)  found that he had been in contact with over 5,000 people on one platform alone. 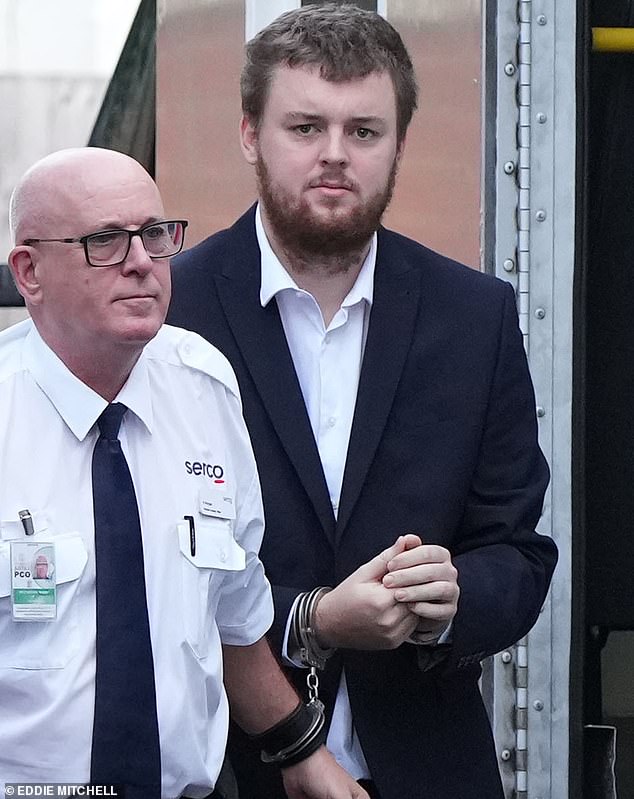 He initially pretended to be a teenage boy to befriend his victims, before gaining control over them and revealing his true age, saying he was a ‘catfish’ and a ‘pedo [sic] into girls [aged] 12-14’.

After getting them to send him a nude ‘custom pic’ of his choosing, he used this to make demands for increasingly depraved and graphic content.

Croft set a list of rules his victims had to adhere to, which included moving their conversation to encrypted platform Telegram and sending any photos or videos he asked for.

If the girls did not comply or asked to be released from the contract, he would set punishments and threaten to expose them to their family or social media followers. 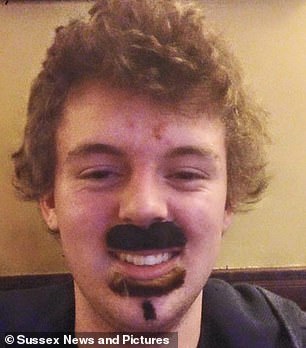 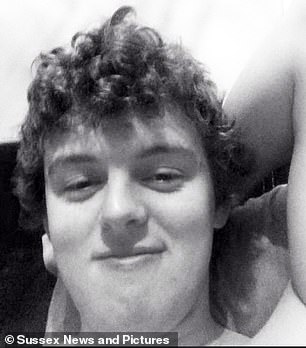 Croft targeted his victims on multiple online platforms, making contact with 5,000 on one alone 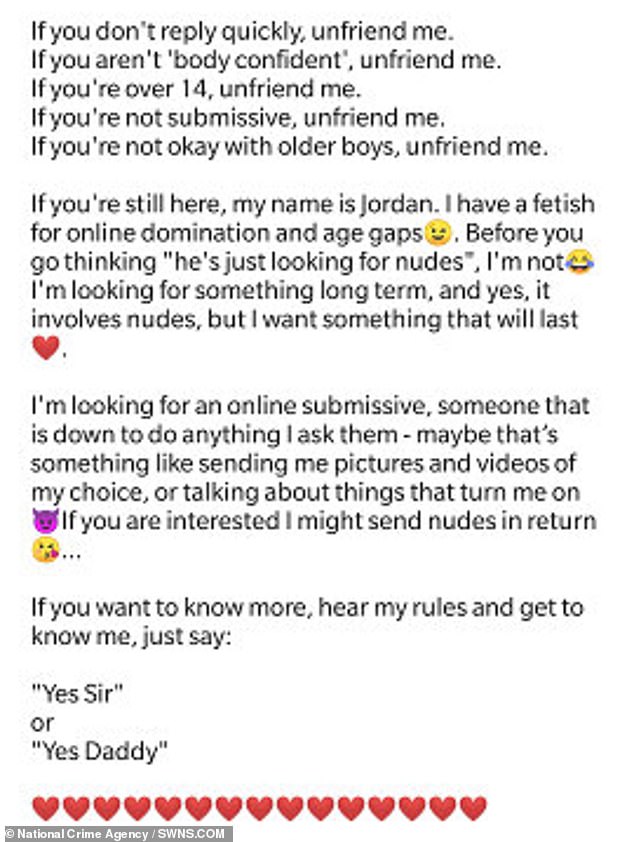 A list of preferences were also sent, in which he requested to be ‘unfriended’ if his victim was ‘over 14’, ‘not submissive’ and ‘not okay with older boys’ 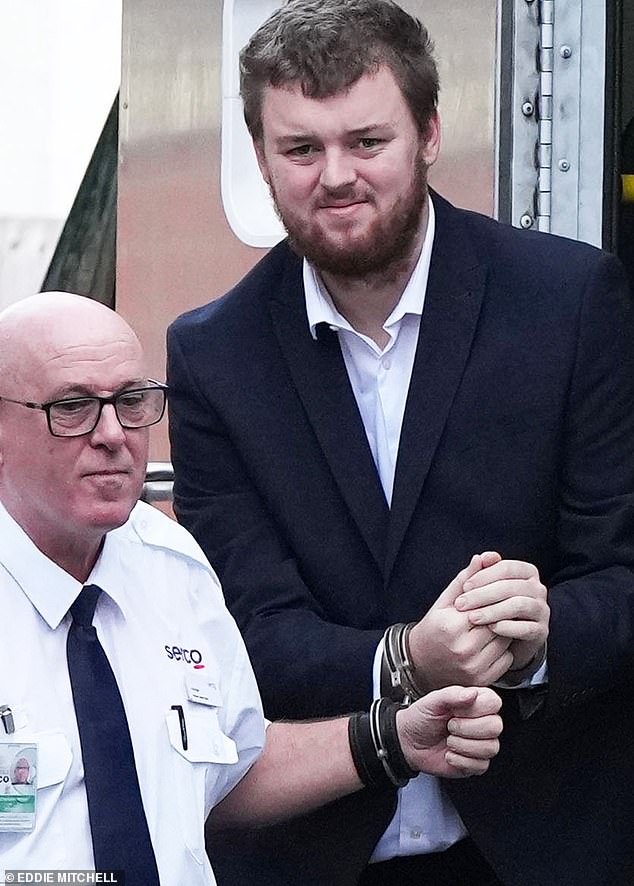 Croft’s offending included forcing his victims to sexually abuse themselves and other children on demand, as well as film themselves urinating and defecating. The images and videos usually had to be sent within a very short timeframe.

He also exerted his control by making them ask for permission to go to the toilet and let him know when they were going to be busy, so he didn’t think they were ignoring him.

NCA officers arrested Croft in September 2019, after identifying him as the man behind various usernames which featured in reports of online abuse filed by a number of police forces in England. This offending dated back to April 2018.

Devices including Croft’s two mobile phones and a USB stick were seized for analysis, which led to the NCA uncovering the full extent of his offending, including a further 19 victims.

Both phones had an encrypted side to them, which was where the messaging applications were stored.

Here, Croft saved the abuse material his victims sent him, tagged with their names and ages, along with a list of their social media followers.

Further indecent images of children were found on the USB stick which also contained a portable operating system. When plugged in to a computer, the system would ensure nothing was written to the computer’s hard disk and all trace of activity was deleted.

He told many of the young girls he had a degree in cyber security and had masked his online identity so he could not be traced by law enforcement.

Croft was charged in June 2022 following authorisation by the Crown Prosecution Service and remained on bail with conditions.

He pleaded guilty to all 65 counts on August 9 at Lewes Crown Court.

In court today victims told how Croft is ‘twisted’ and ‘cruel’.

One statement said: ‘Your atrocious actions have ruined the lives of hundreds, if not thousands, of young girls who will never forget or allow themselves to forget what you did to them.’ 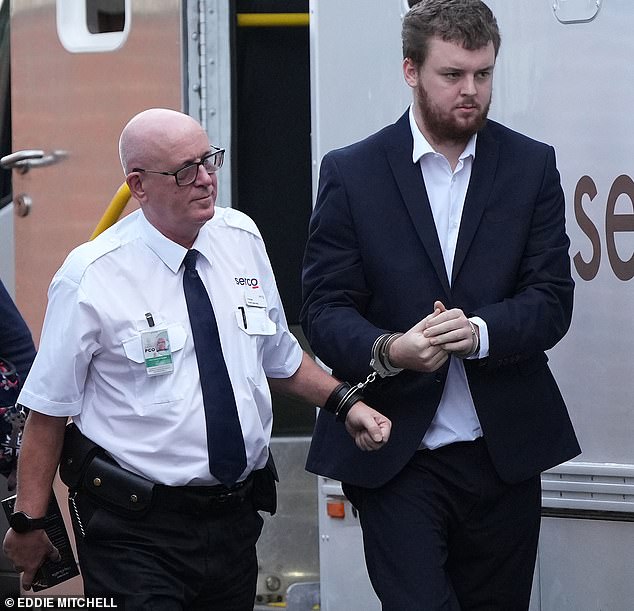 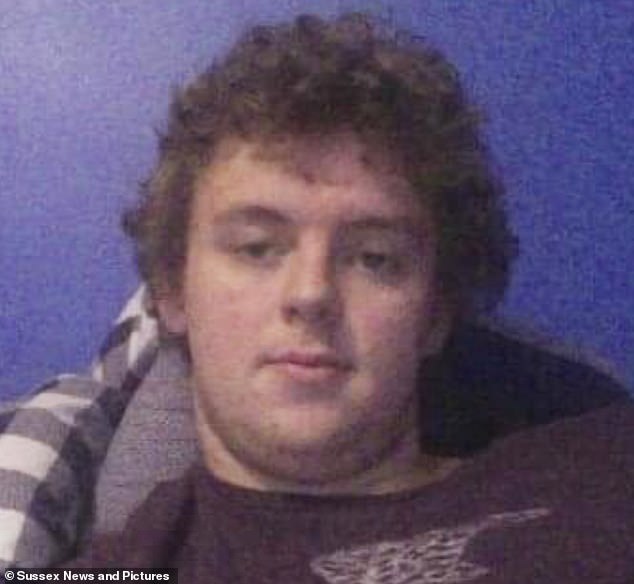 One victim told him: ‘I want you to suffer as much as I suffered emotionally and physically. You make me sick’

Another wrote: ‘I was terrified of you and I thought there was no way out.

‘You trapped me. You scared me. I couldn’t believe that someone could be that violent and nasty.’

One victim’s statement read: ‘I want you to suffer as much as I suffered emotionally and physically. You make me sick. You make me so angry.

‘You’ve made me suffer long enough and now it’s your turn. I hope you burn in hell.’

Another wrote: ‘From now on people will know you as nothing more than a cruel, twisted, pathetic paedophile.’

‘Jordan Croft is a prolific offender who has caused heart-breaking suffering to many victims and their families.

‘The sexual depravity he consistently displayed during this abuse of both young female children and adults is horrific.

‘Like many offenders Croft thrived on the power he was able to exert over the victims. He sought the feeling of control and obtained it by deceit and abuse.

‘He showed no compassion for the victims, pushing them to breaking point and issuing threats, even when they begged him to stop.

‘I commend these young women who have shown such bravery in speaking out against him.

‘Croft is an example of an adult sexual offender who deploys plausible online profiles to hide their real identity and exploit children.

‘We know children are increasingly sharing personal material on social media sites, but I urge them be aware of the hurt and long term damage manipulative offenders like Croft cause, and to think carefully about who they may be communicating with online.

‘The NCA will continue to pursue the most serious offenders, including those who believe they can hide behind the anonymity of the internet to abuse children. Like Croft they will be brought to justice.’

‘Although he attempted to hide his activity through private networks, evidence uncovered against him included age filters he set on a phone app and the controlling rules he shared.

‘This guilty plea means the victims of his abuse will now not be forced to re-live their trauma through a trial.

‘Our Organised Child Sexual Abuse Unit has specialist prosecutors to enable us to bring offenders like Croft to justice, helping stop online abuse and extortion, and its devastating impact on victims.’