You could see this coming a mile off. The fact Aston Villa were powerless to prevent it should worry the life out of Steven Gerrard.

Score when you’re in the ascendancy, that’s what the best teams do.

Villa couldn’t. In contrast, West Ham did. That’s why the Hammers left the Midlands with all three points. 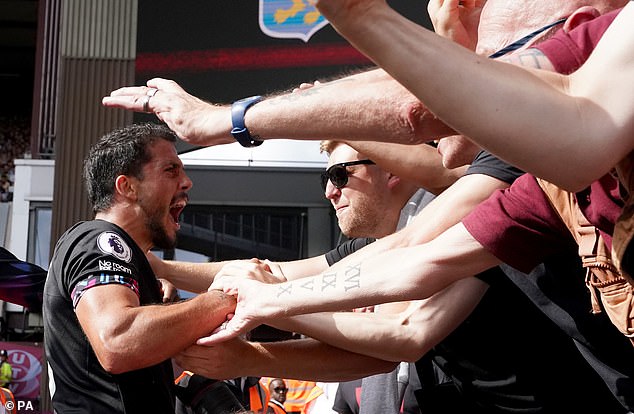 Yes, the winner was fortuitous – Pablo Fornals’ shot taking a wicked deflection off Ezri Konsa before looping over Emi Martinez.

But who will remember that? David Moyes certainly won’t care – his team’s first goal of the season heralding their first points.

With those two monkeys of their back, the pressure is off West Ham as they head into Wednesday’s clash at Tottenham with a bounce in their step. 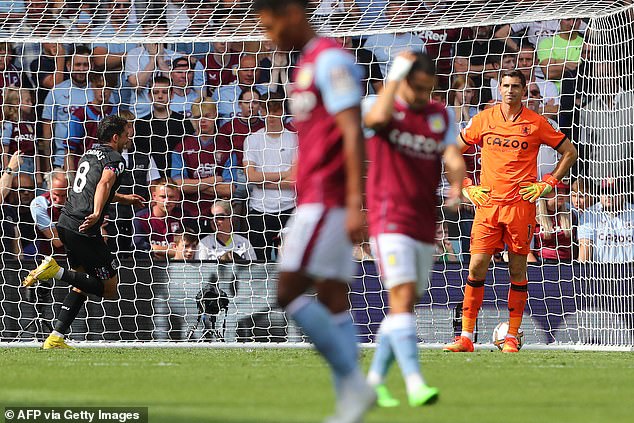 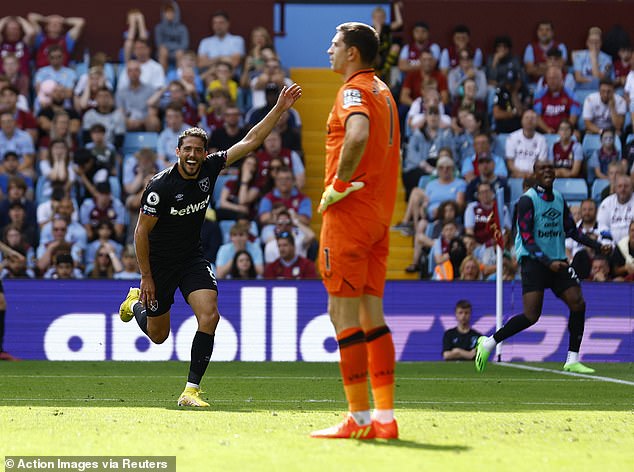 You cannot say the same for Villa. The boos that reverberated around Villa Park at full-time told its own story. 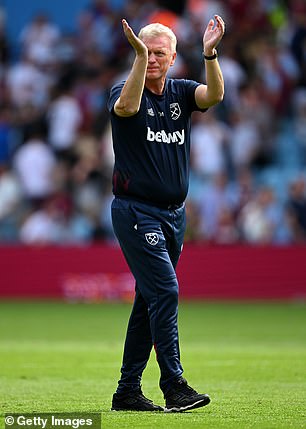 Gerrard, head bowed, trudged back down the tunnel disconsolate. The pressure is building for the Liverpool legend after three defeats in four Premier League games so far.

Questions are starting to be asked by the Villa fans, they’ll demand answers and resolutions sooner rather than later.

Next up? Only league leaders Arsenal, the only top-flight side still with a 100 percent record.

Were Villa unlucky? Yes, maybe. They were good in the first half; not great – but they certainly showed enough to at least argue they deserved a half time lead.

Their biggest mistake was the lack of a killer instinct when the game appeared to be there’s for taking in the first half.

And West Ham, presumably after a half-time rollicking from Moyes, appeared for the second-half with a greater impetus – you knew how this game was going to finish. 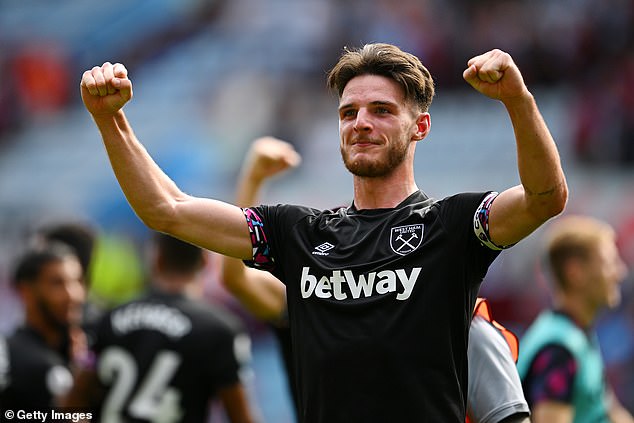 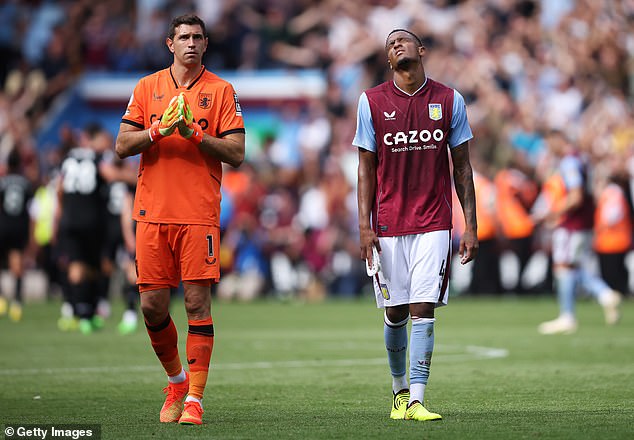 If there are any positives for Gerrard to take from this defeat, it will be from his team’s opening 45 minutes.

The ironic cries from West Ham supporters of ‘we’ve had a shot,’ in the 42nd minute as Fornals fired the Hammers’ first effort of the first half harmlessly wide summed up Villa’s dominance.

Without the injured Douglas Costa, who has only recently started his rehabilitation from an Achilles tendon injury, and Tyrone Mings, absent through illness, you sensed the apprehension among Villa supporters ahead of kick-off. 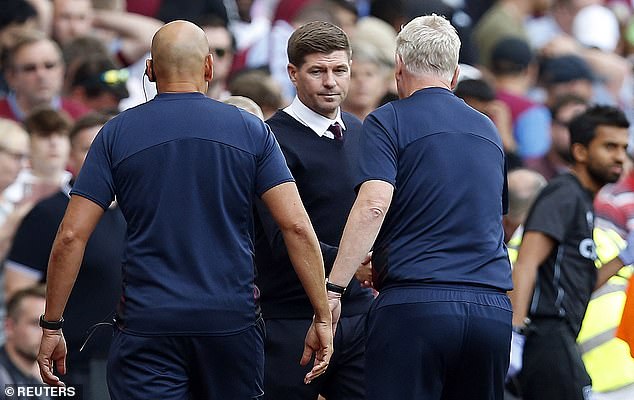 Calum Chambers stepped into the breach, taking his place alongside Konsa in the heart of Villa’s defence.

Instead, it was Villa who were most threatening. 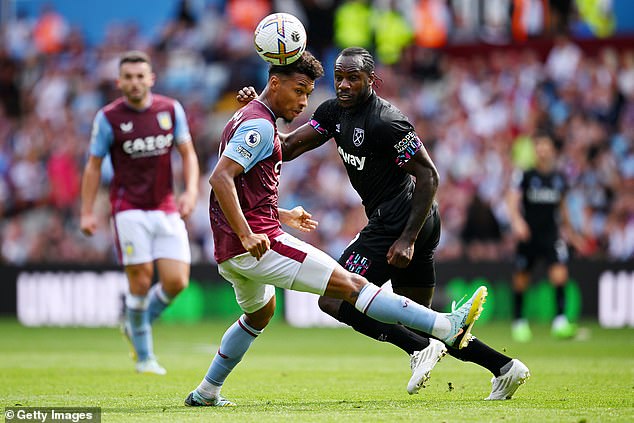 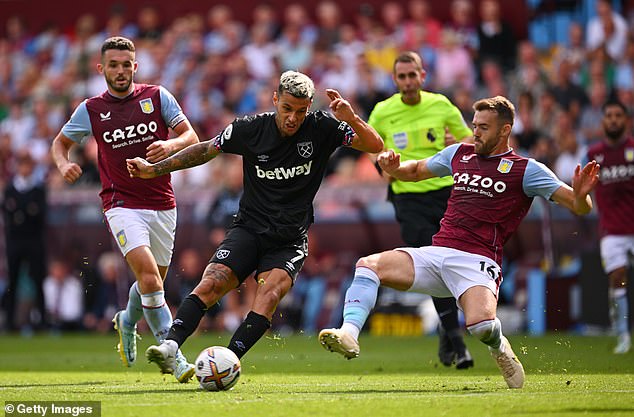 Gianluca Scamacca was given his first start following his £30.5million summer arrival

Phillippe Coutinho was at the centre of it all, the Brazil international having on one those afternoon’s when he looks like he’s playing a completely different sport to everyone around him.

Villa had the ball in the net in the 13th minute when Konsa tapped home at the back post after Coutinho’s header ricocheted off the post following Lucas Digne’s corner.

However, Digne’s outswinging delivery had crept out of play before arcing its way back in and the goal was correctly chalked off. 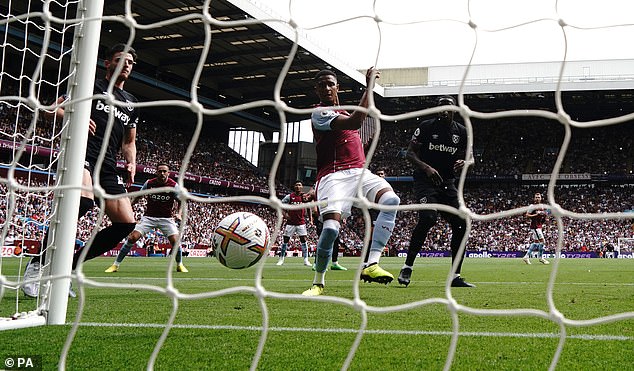 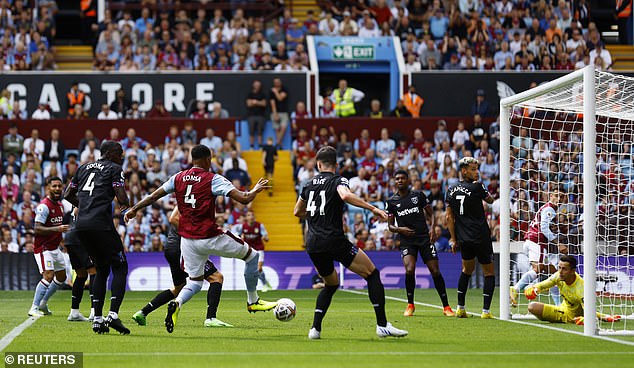 Ollie Watkins, who was causing Thilo Kehrer a multitude of problems down the Villa left, headed into Lukasz Fabianski’s arms following mesmerising combination play between Coutinho and Douglas Luiz before Scamacca narrowly headed over his bar as Villa pressed.

Moyes ditched the back-three his team started and reverted to a more conventional four-man defence for the start of the second period, bringing on attacker Said Benrahma in place of full-back Emerson Palmieri on his debut.

Had it not been for Digne’s brilliant last-ditch tackle to deny Jarrod Bowen in the 56th minute after John McGinn surrendered possession in midfield then the Hammers would have taken the lead.

Nevertheless, Moyes’ tactical tweaking was certainly having the desired impact; West Ham had shown more attacking intent in the opening 15 minutes of the second half during the entirety of the first. 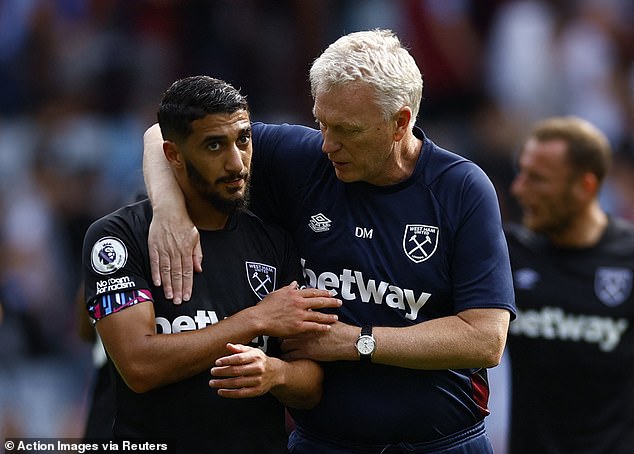 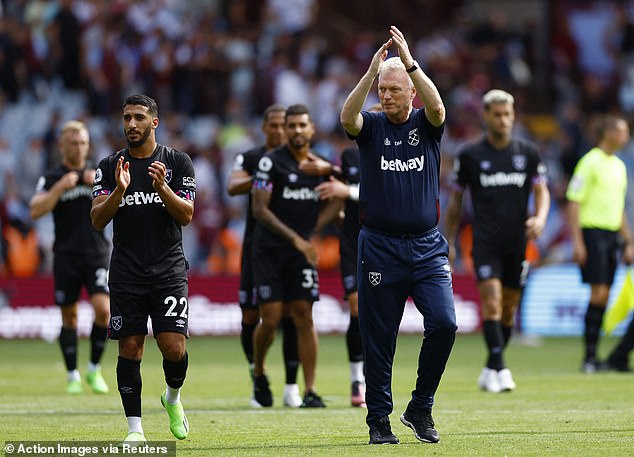 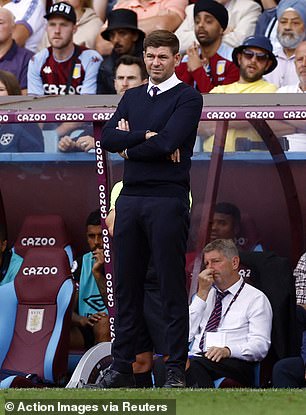 This is what Gerrard would have been afraid of. Villa should have made their opponents pay in the first half; all of a sudden West Ham were threatening to do just that.

The sight of Coutinho limping off with a muscular injury in the 66th minute would have done little to settle the concerns burgeoning in Gerrard’s head.

So, with all that said, when Fornals struck West Ham’s winner following Declan Rice’s incisive pass in the 74th minute that was an air of inevitability about it all.

Villa’s response to falling behind was tame, if anything the Hammers should have extended their lead in the closing stages.

The full-time whistle was greeted by deafening jeers. The natives are getting restless here at Villa Park, Gerrard needs a response – and quickly.