Around 6.6million Britons have been caught up in a spat with neighbours over property boundaries, a report by Churchill Home Insurance claims.

The placement of fences, walls and hedges are the most commonly contested areas when it comes to boundary arguments, followed by things like overhanging trees and access problems.

The average space neighbours argue over typically equates to just over 2 per cent, or 27.5 square foot, of an average garden. About a fifth of boundary disputes centre on less than 10 square foot of land, the findings add.

Boundary spat: Over 6m Britons have been embroiled in a boundary dispute in the past year

Collectively, an estimated 150million feet of land is the subject of a dispute, which is, according to the findings, the equivalent of 2,000 football pitches or nearly six square miles.

Sarah Khan, head of Churchill Home Insurance, said: ‘Unfortunately, many people end up falling out with their neighbour over boundaries, whether that is over trespass caused by a tree, a fence, or an extension.

‘While we would always advise that people try to speak to their neighbours to find a resolution to these problems, saving time, money and relationships, this is not always possible.’

The research claims that people in bungalows or flats are the most likely to be embroiled in some sort of property boundary dispute, followed by homeowners living in detached, semi-detached or terraced homes.

Cases where less than 10 square foot of land is in dispute are most frequently seen in semi-detached houses, which account for a quarter of such arguments.

Saga: A table showing the most frequent reasons for boundary disputes over the past year 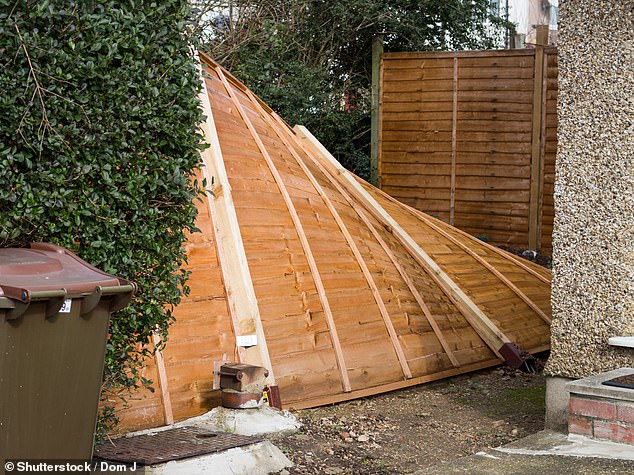 Outrageous: Fences form the most common source of property boundary disputes in Britain

Homeowners on the brink of a boundary dispute should, as a preliminary measure, check the legal documents for the property via the Land Registry.

Citizens Advice also suggests that homeowners may want to consider buying the documents for their neighbour’s home at the same time, because they might provide different information.

According to the research, around 45 per cent of homeowners with property boundary disputes resolve the issue by talking to their neighbours face-to-face.

But, in the past year, around 3million Britons have sought advice from a chartered surveyor, with 29 per cent of affected homeowners hiring one in a bid to help their case.

However, the prospect of success when hiring a chartered surveyor for this purpose remains finely balanced, the research suggests.

Consequently, around one in 11 property boundary disputes end up going to court, Churchill Home Insurance suggests.

Aside from talking to a neighbour about the problem or heading to the courtroom for a showdown, homeowners could consider creating a boundary agreement.

A boundary agreement can set out the boundary between two homes and who, among the owners of the two properties, is responsible for maintaining a hedge, wall, tree or fence.

A boundary agreement cannot, however, be used by a homeowner to sell or give away part of their land to a neighbour.

The Government suggests on its website: ‘Get legal advice if you want to make sure the boundary agreement is still valid after you or your neighbour sell your property.’

According to Churchill Home Insurance, around 2,000 boundary agreements were created between 2019 and 2021.

But, many of these, it says, may not be valid and provide sufficient evidence to support a case, indicating the importance of getting adequate professional advice before creating one. 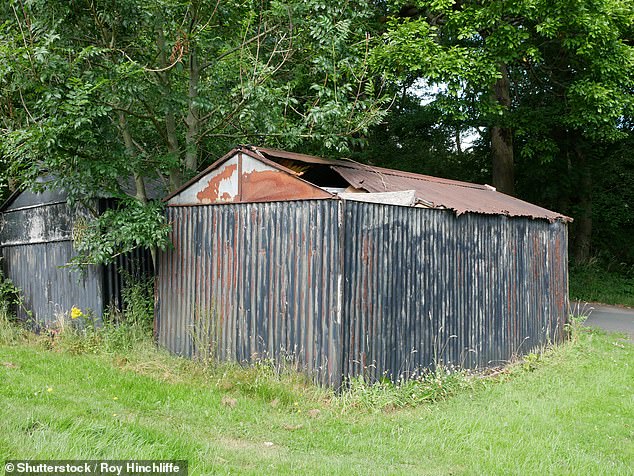 Not a sight for sore eyes: Outbuildings and sheds are a common source of disputes 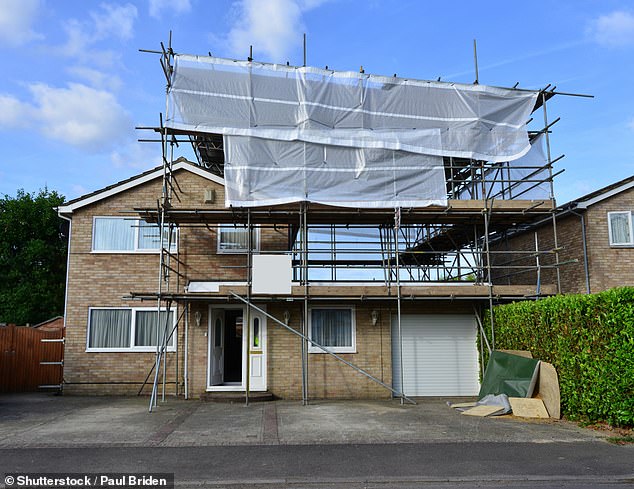 Get off my land: Property extensions can sometimes lead to heated spats over boundaries