This cute video footage of an otter munching on ice cubes is enough to melt anyone’s heart.

The adorable four-month-old male sea otter named Joey isn’t just playing up to the camera either.

The orphaned animal has discovered that chomping on ice cubes is actually very good for his teeth.

Joey was discovered alone and crying off the coast of Kyuquot, British Columbia, in the summer. His mother was found floating dead a day later.

As a result, Joey was taken in as a newborn to the Ocean Wise Marine Mammal Rescue Centre and then placed in the care of their sister organisation at the Vancouver Aquarium, where he now lives.

The cute little animal has caused quite a stir within the team in Vancouver as well as becoming a Youtube sensation.

Joey has thousands of devoted viewers from across the globe who log on to watch his daily routines from the numerous cameras angles installed at the centre.

They can also interact by commenting in an active 24-hours live chat.

Joey’s antics are said to have brought much comfort to thousands of people around the world amidst the current Covid pandemic.

Orphan Joey was taken in as a newborn to the Ocean Wise Marine Mammal Rescue Centre and placed in the care of their sister organisation at the Vancouver Aquarium., where he now lives

Amber Sessions, director of communications at Ocean Wise Marine Mammal Rescue Centre, said: ‘Staff thought this video was otter-ly adorable and had to be shared with the world.’

She added Joey has already formed close bonds with his care team over the course of his rescue and rehabilitation.

‘In the absence of a mother, Joey’s care team had to teach him all the basics of being a sea otter such as how to groom himself, swim and feed himself,’ she said. 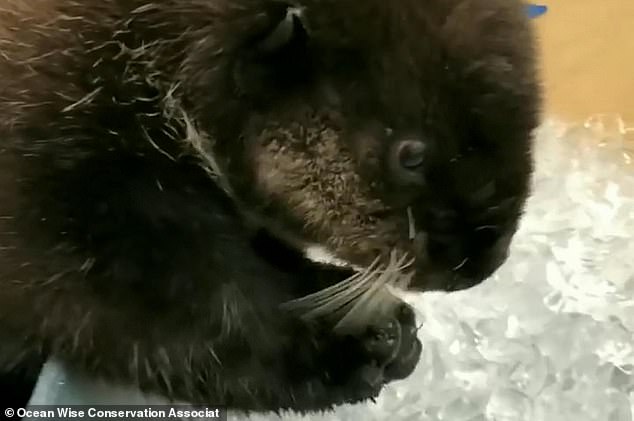 ‘He’s a curious little guy and a great ambassador for his species, which is making a comeback on the British Columbia coast, after being hunted to extinction during the 1700s and 1800s.

She added that: ‘The Vancouver Aquarium and Ocean Wise Marine Mammal Rescue are not-for-profit organizations. 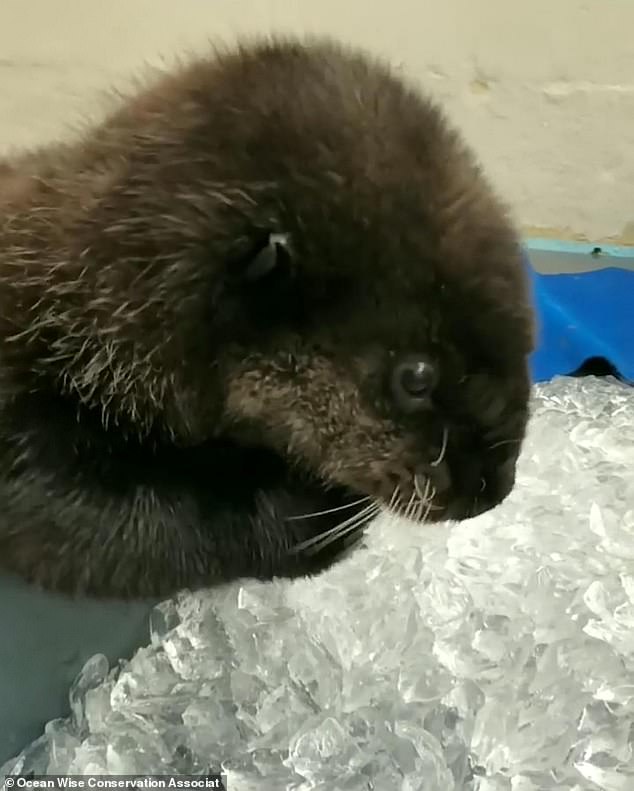 ‘Marine Mammal Rescue is donor funded with the goal of rescue, rehabilitation and release of marine animals on the Pacific coast.

‘Animals deemed non-releasable by the Department of Fisheries and Oceans are moved to the Vancouver Aquarium where we help to raise awareness for the issues facing their counterparts in the wild.

‘You can support the work of Ocean Wise Conservation Association – including the Ocean Wise Marine Mammal Rescue Centre and Vancouver Aquarium – by donating at ocean.org.