A thrifty mother says she’s managed to save hundreds of pounds on Christmas presents – by buying them 11 months in advance.

Annette Bradley, 38, from Burnley, Lancashire, ordered her children’s main presents on Boxing Day, and snapped up the rest of her family’s gifts during the cut-price January sales.

She says she’s saved herself hundreds of pounds by starting her Christmas shopping early and had already wrapped up all her presents by mid February.

Annette insists that her team leader husband, Matthew, 45, and their three children, Katie, 17, Harley, 15, and Annabeth, 11, write their Christmas lists a whopping 11 months early so that the self-confessed bargain addict can make the most of vouchers, deals and payment plans.

Festive in February! Annette Bradley, 38, right, from Burnley, pictured with her daughter Katie, began present-buying last month and says starting 11 months before the big day has saved her hundreds of pounds 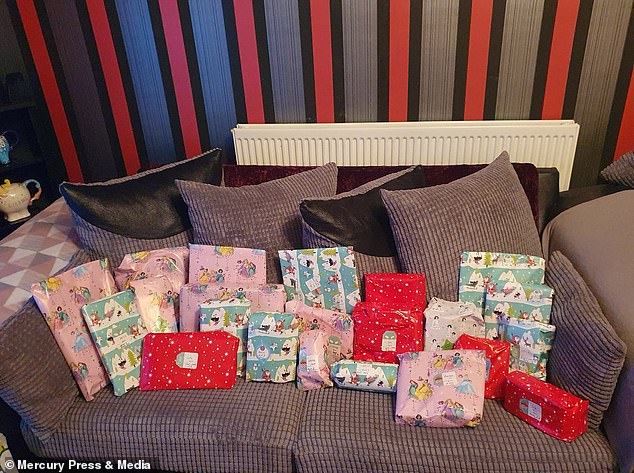 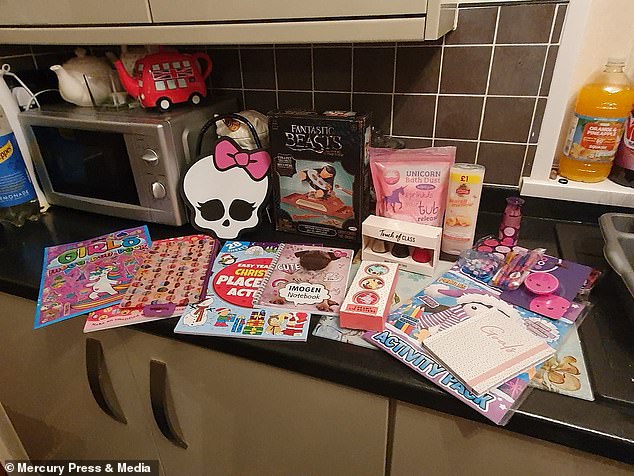 Spoiler alert: Some of the gifts that Annette has already snapped up – and wrapped up – after buying her gifts in the January sales

The stay-at-home mum said she has a £2,000 budget for festive shopping and 90 per cent of that is now spent.

She explains: ‘For the main presents for my children, I use payment plans and I order them on Boxing Day after asking them what they want and they don’t usually change their minds.

‘Nine times out of ten they get what they ask for. My kids know there’s no Santa but I wrap the presents up straight away, they’re in the shelving unit in my room, in the kitchen cupboards, at my mother-in-law’s house, they’re everywhere.

She admits that her family question her actions, saying: ‘My husband and children think I’m bonkers but I buy for a lot of children and I’m sorted for Christmas already and it’s only February.’

‘With 24 children to buy for it’s good to get a head start. I’m an organised person anyway, I have to be organised because my children have autism so we’ve always had routine.’ 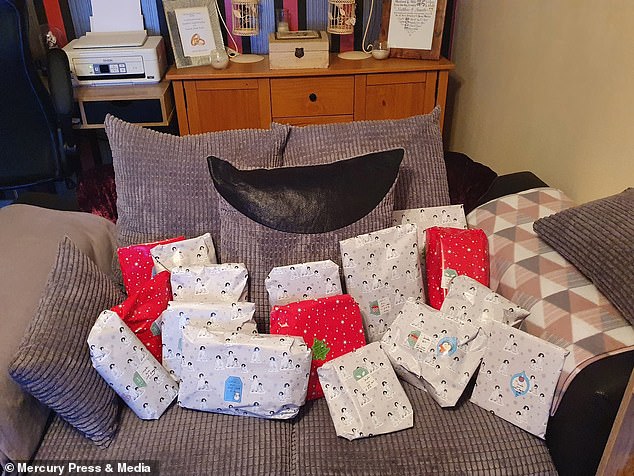 ‘When everyone else is rushing around in November, I don’t have to’ Annette says putting the wrapping work in now makes for a more peaceful end of the year 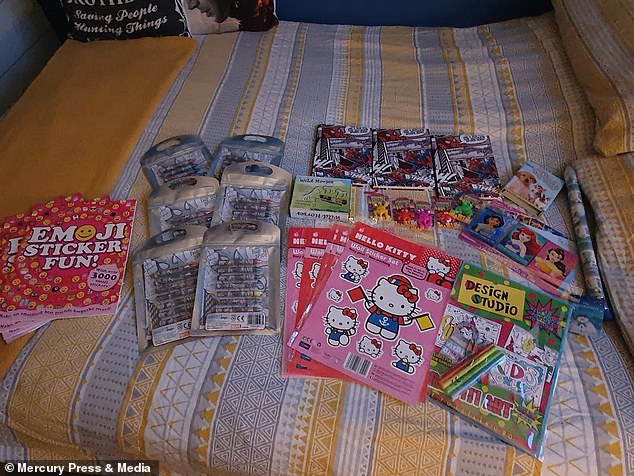 Annette adds that she can’t help feeling smug when the festive season kicks in and she can just enjoy it without the stress of panic buying.

Planning ahead means I’m not spending one month’s pay packet in November and if I had to do that, the kids wouldn’t get as much.

‘When everyone else is rushing around in November, I don’t have to worry about it. I never buy things at full price unless I have to.

‘I’ve bought things before for 50p then seen them elsewhere for four or five pounds but this year I wasn’t able to go into the shops and look for discounts myself.’

There’s hefty discounts to be had by being more canny about what time of year you shop, Annette says.

She spends around £2,000 every year on presents and believes she’s already spent 90 per cent of her budget since Christmas 2020. 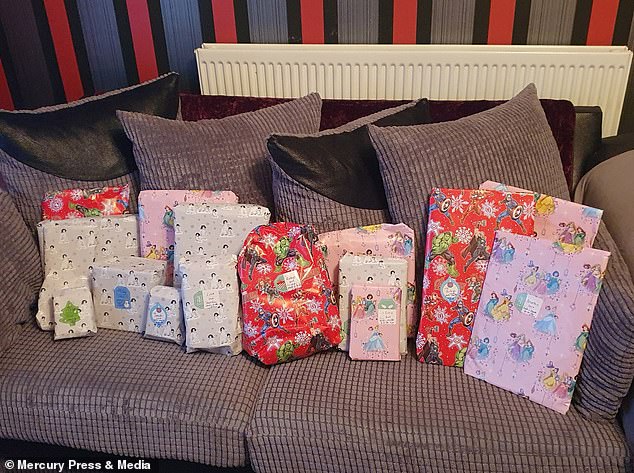 She says she wouldn’t be able spoil her children at Christmas if she started shopping in November and believes planning in advance has kept her out of debt.

‘Planning ahead means I’m not spending one month’s pay packet in November and if I had to do that, the kids wouldn’t get as much. They don’t get spoiled the rest of the year, just a few little treats so it’s nice to treat them at Christmas.’