Growing up in the western Saskatchewan Cree community of Onion Lake, Beatrice Macdonald endured 11 years in the federal and provincial institutions known as Indian day schools.

She says she’s still dealing with the trauma.

“We were not allowed to speak our Cree language in the school. We were made to do stuff we were not supposed to be doing at that age,” Macdonald said Tuesday in Winnipeg, outside a federal courtroom where hearings are being held this week into a proposed settlement for day school survivors.

​About 200,000 Indigenous children attended federal day schools across Canada, beginning in the 1920s. The schools were operated separately from what were then called Indian residential schools, and were not included in the $1.9-billion residential schools settlement in 2016.

The federal government announced last December that it had reached an agreement in principle with Indigenous survivors of about 700 day schools, where students experienced emotional, physical and sexual abuse similar to that suffered by students at residential schools.

The deal grew out of what was originally a $15-billion class action lawsuit filed in 2009.

If the agreement is approved by the federal court, anyone who attended a day school would be eligible to receive $10,000 in individual compensation. Anyone physically or sexually abused could receive an additional $50,000 to $200,000, depending on the severity of their claim.

Macdonald, however, is opposed to the settlement on the grounds she doesn’t know the lawyers handling the class-action lawsuit, only learned of the settlement details recently, and is concerned about the way the settlement funds would be managed.

“I believe that we should be able to choose our own counsel: people that we know and that will support us, from when we start until when we finish,” said Macdonald, one of dozens of objectors who were slated to address federal court Justice Michael Phelan on Tuesday.

“I’m hoping that there will be healing programs that will be developed out of the money that comes out of this process.”

The proposed settlement calls for the establishment of a $200-million fund for healing and wellness programs. 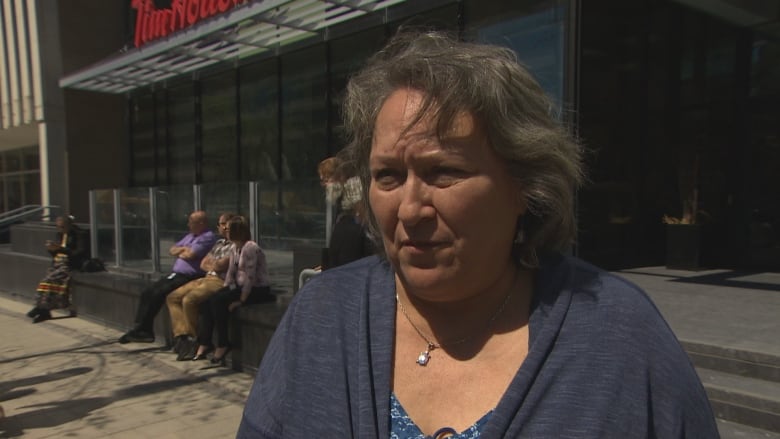 Margaret Swan, one of the original participants in the class-action lawsuit, said she is frustrated by the suggestion the process has been rushed.

“This has been a long haul. We started this lawsuit 10 years ago. I don’t like the fact people say we’ve rushed it, because we haven’t rushed it,” said Swan, who attended day school at Dog Creek at Lake Manitoba First Nation in the central Interlake area.

“Nobody seemed to pay enough interest with this case until the announcement was made in March that there was going to be so much money provided. Then all of these lawyers come out of the woodwork, claiming to represent hundreds of people.”

It will also hear opinions about the $55-million fee that would be paid to law firm Gowling LWG for the legal work on the settlement.

About 65,600 people have already registered with Gowling, while another 7,000 applications are being considered, court was told Monday.

Tuesday marked the second day of hearings into a proposed settlement for survivors of Indian day schools. 1:52