Only HALF of Britons are self-isolating for two weeks when they get coronavirus symptoms, SAGE warns,

Only about half of people with coronavirus symptoms self-isolate for a week, scientists advising the Government suggested, raising concerns over whether future outbreaks can be prevented.

The disclosure of low compliance with a key rule in suppressing Covid-19 comes days before the lockdown is eased, with people being asked to isolate for 14 days even if they do not have symptoms.

Under the NHS test and trace programme, people in England will be told to quarantine themselves for two weeks if they come into contact with someone who has tested positive.

A document released on Friday shows behavioural experts informing the Scientific Advisory Group for Emergencies (SAGE) warned of the low compliance seen on a Department of Health and Social Care tracker.

People walk past closed shops on Oxford Street in central London’s main high street retail shopping area on May 29, 2020 ahead of some shops reopening from their coronavirus shutdown from next week 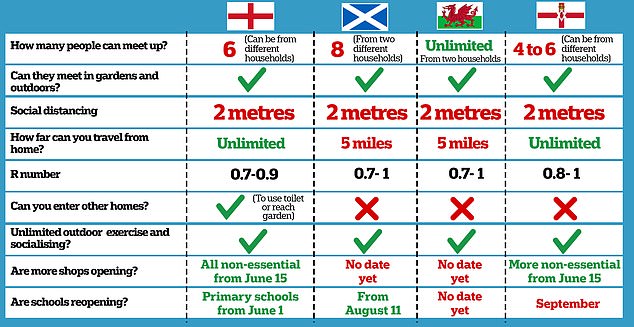 They said: ‘We strongly recommend monitoring and rapid research into adherence rates to all key behaviours and how to improve them, noting that based on DHSC tracker only around 50 per cent of people are currently reporting self-isolating for at least seven days when symptomatic with cough or fever.’

Their warning came on April 29 and an updated figure was not immediately available, but now people across the UK are beginning to be allowed to meet up outside, at a distance, and shops are starting to reopen.

SAGE released a raft of documents in a drive for transparency, including the minutes of 34 of their meetings since they began convening on coronavirus in January.

On May 5, scientists stressed that alterations to retail, leisure and schools not pushing the transmission rate ‘R’ above the crucial number of one are dependent on ‘an effective test and trace programme’ being in place. 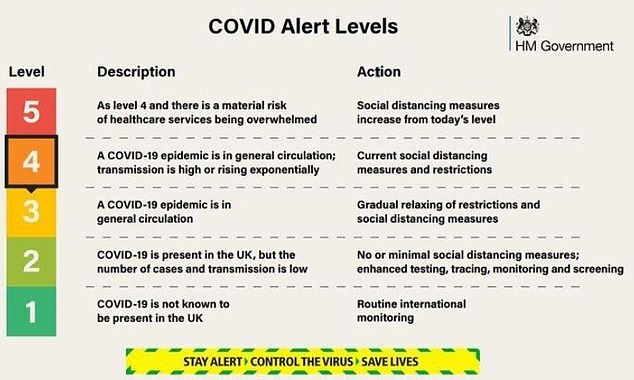 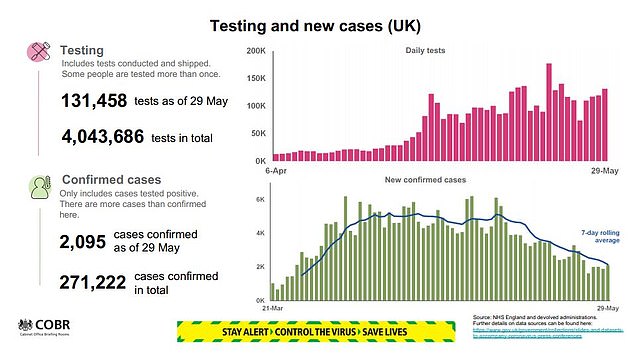 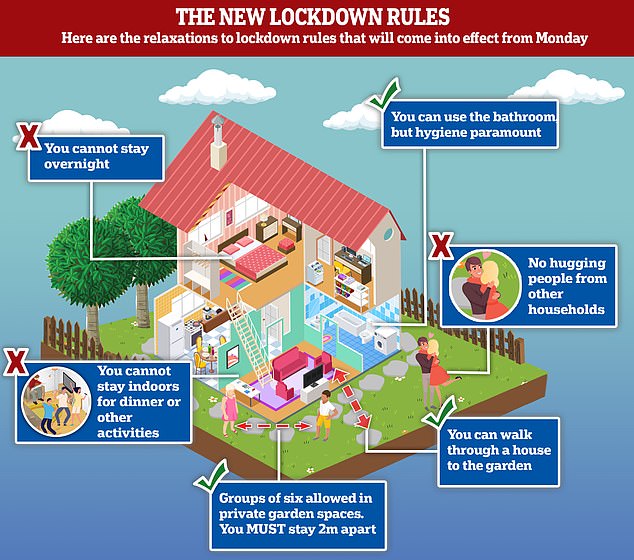 As he launched the programme this week, Prime Minister Boris Johnson admitted test and trace would not reach the ‘world-beating’ standard he had promised until ‘the next days as we go through June’.

The SAGE minutes show scientists stressed that 80 per cent of an individual’s contact would need to be traced for the programme to be effective.

They warned that there is a risk individuals become ‘less willing to comply’ if they are repeatedly asked to isolate and ‘are impacted financially’, heaping pressure on ministers to ensure there is sufficient support.

Downing Street was unable to say how many calls were made or contacts traced during the programme’s first day of operation on Thursday.

‘I don’t know how many cases were dealt with yesterday, I’m aware though that calls were made,’ he told BBC Radio 4’s Today programme.