Americans are often advised to eat healthier, more nutritious foods in an effort to stifle the diabetes and obesity epidemic striking the nation. Researchers find that many can not identify healthy foods the grocery store aisle, though.

A research team at Attest, a consumer research platform, found that when presented with multiple food options – all of varying levels of health and nutrition – only nine percent of people are able to correctly identify which was the healthiest.

Experts say that many are mislead by labels on the front of packaging like ‘whole grain’ and ‘low calorie’, and either do not bother to or cannot properly read the nutrition label on the back of the box.

‘The American population fails very clearly to identify healthy products… it tells us a lot about this gap between perception and reality,’ Jeremy King, CEO of Attest who helped put together the research, told DailyMail.com.

Researchers gathered data from 2,000 participants for the study. Each were shown a collection of cereal bars and asked to rank them from healthiest to least healthiest.

Correct rankings were based off of the A through E Nutri-score used to grade some food products in the UK.

King said that many were misidentifying advertising slogans – which usually do not mean anything – as markers that a food was healthy. 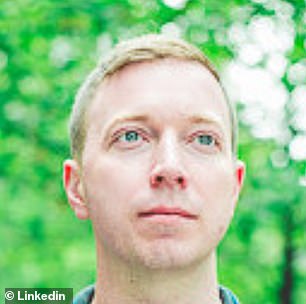 Jeremy King (pictured), CEO of Attest, said that claims like ‘whole grain’ or ‘naturally flavored’ on the front of food packaging can mislead people on what products are actually healthy for them

These include phrases like ‘whole grain’, ‘naturally flavored’ and ‘100 calories’. Other common culprits include ‘organic’ or ‘fat free’.

While many figure foods that brand themselves this way are healthier, the bar to legally use them is extremely low, and it is more branding than anything.

Americans failure to identify healthy products is likely playing a role in the nation’s budding obesity and diabetes epidemics.

The problem has reached a crisis mode, and has also lead to an increase of diabetes, heart disease, and other related conditions in America.

The CDC also reports that around ten percent of Americans suffer from diabetes, a potentially devastating, debilitating, condition.

King blames outdated food labeling regulations in the U.S. for the issue.

America adopted its current food labeling practice, where nutritional facts can be found on a clear, black and white, label usually on the back or the side of the packaging. 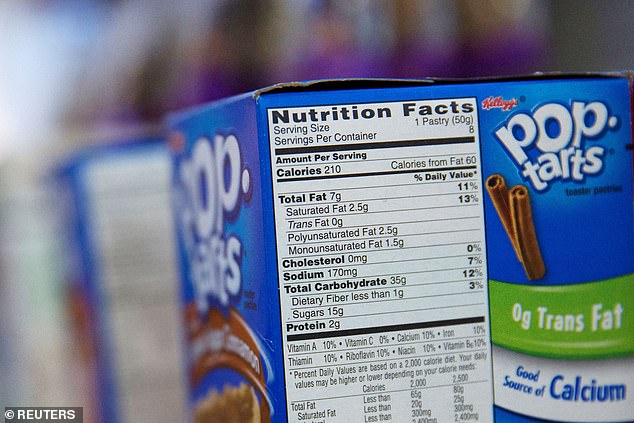 King says the American style of nutrition labeling is outdated, and should be replaced with a system similar to the ‘Nutri-score’ system used in the UK

While the label is informative, giving near-exact amounts of what substances, vitamins and minerals are in the product, and comparing it to the daily expected intake for the average American, it can be hard to read and many may not even bother to look at it.

Instead, most Americans, even those that are looking for health food, will just scan the front of the package before putting it in their cart.

‘Most consumers are not nutritionists,’ King said, adding that they make a ‘snap decision’ when deciding what is healthy in the grocery store.

He compares the U.S. system to that of the UK, where many products are labeled with a Nutri-score from A to E – with A being the healthiest.

While the system is not perfect, and does leave out a lot of the nuance that goes into nutrition, it is a great indicator for a person who wants to make a quick, health conscious, choice in the grocery store.

Researchers say that a bill filed last August by U.S. Rep Frank Pallone, a New Jersey Democrat, would institute this type of system in America, and help add clarity to grocery store shopping in the country.

King notes that this would be popular among Americans as well, with 51 percent of survey participants being in support of the labeling.

‘There is demand for this change from consumers already,’ he said.