EXPRESS INFORMER > News & Politics > Only 147 out of 6,287 terror suspects are still being monitored by Prevent programme

Just two per cent of all suspected terrorists flagged with security services last year are still being monitored by the Government’s controversial anti-radicalisation programme Prevent.

Security services were handed a list of 6,287 terrorist suspects in 2019 – but just 147 are still part of Prevent.

Of the 6,287 people – including radical Islamists and far-right extremists – 697 got help through Prevent at the time, Home Office data has revealed.

Khan, who was armed with two knives and wore a fake suicide vest, was tackled by members of the public with a narwhal tusk, a decorative pike and fire extinguisher before being shot dead by police. 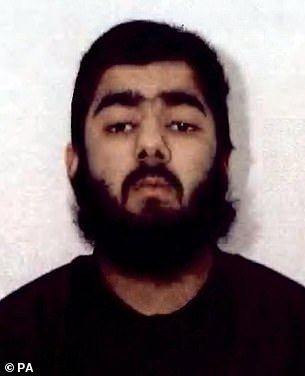 Lawyers for Mr Merrit’s family claim the Prevent team looking after Mr Khan had ‘no specific training’ in handling convicted terrorists, a court has heard.

‘In addition, many will be using the internet to radicalise others.

‘We are in for a difficult time ahead with a high likelihood of further attacks.’

The change – which is still in place – came after a gunman in Vienna killed four people in a rampage overnight and after a Tunisian-born knifeman stabbed two women and a man to death at the Notre-Dame de Nice cathedral in France.

‘This is a precautionary measure and is not based on any specific threat,’ Patel said on Twitter at the time.

‘The British public should be in no doubt that we will take the strongest possible action to protect our national security.’

She did not mention the Vienna or French attacks in her statement. 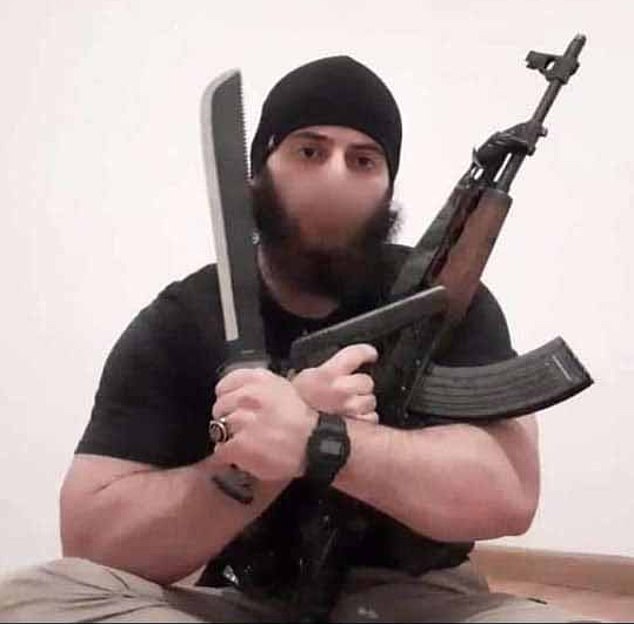 A gunman armed with rifles opened fire in six different locations across Vienna, killing four people and wounding as many as 22. Pictured, the man who is believed to be behind the attack

The new threat level means an attack is highly likely, according to the government’s classification system. The previous ‘substantial’ level meant an attack was likely.

Britain’s threat level is assessed by the Joint Terrorism Analysis Centre which is accountable to the domestic intelligence agency MI5 and made up of representatives from 16 government departments and agencies.

Home Office sources told the Telegraph the public should be ‘alert but not alarmed’ by the upgrading of the threat level which was last at severe exactly a year ago.

Security analyst Will Geddes said terrorists found the deserted streets of many European cities during the first wave of the pandemic harder to commit mass murder.

But as lockdowns around the continent have eased, potential attacks have become more likely. 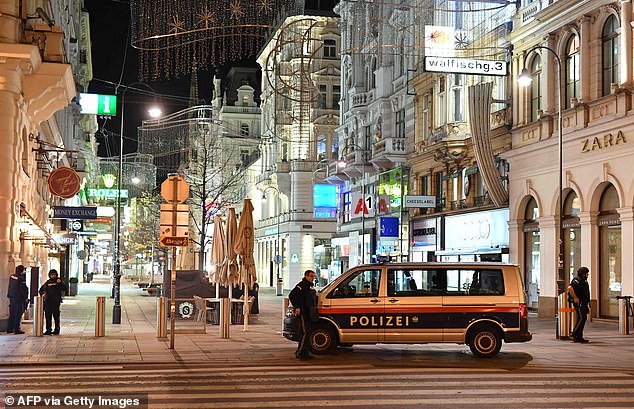 Mr Geddes – managing director of ICP Group that advises on security threats around the world – said the latest killings in Europe could have been planned to take place before the re-imposition of lockdowns and while there were still many unsuspecting victims outside.

He said: ‘One of the biggest issues we have to remember is that terrorism is not very successful if there are empty streets, where there are less potential victims and it is easier for security services to identify them.

‘Terrorists like to target highly populated areas, which there are less of when people are not on the streets as much.

‘Where a country has implemented a lockdown it makes it far less appealing for terrorists to undertake attacks because it’s not going to achieve the casualties and fatalities they want – as they have in Vienna and Nice.

‘Nothing can be discounted right now, the hardest part for counter terrorism is trying to look at what opportunities these groups will try to exploit.’