EXPRESS INFORMER > Sports > One step closer to history: Albert Pujols hits home run No. 696 as he edges closer to the magic 700

One step closer to history: Albert Pujols hits home run No. 696 as he edges ever closer to the magic 700 ahead of his retirement… and he’s now tied fourth with Alex Rodriguez on the all-time list

The Pittsburgh Pirates are the latest team to see the farewell tour of St. Louis Cardinals star Albert Pujols up close, and they hardly are the first to get a reminder of why he is a sure-fire Hall of Famer.

Pujols, who did not start Friday in a series-opening 8-2 loss in Pittsburgh, was back at first base Saturday in a 7-5 Cardinals win. He went 3-for-4 with a two-run homer and RBI single, both of which tied the game. The home run was the 696th of his career, tying him with Alex Rodriguez for fourth place on the all-time list.

The Cardinals (82-58) and Pirates (51-87) will play the deciding game of the three-game series Sunday after the Cardinals avoided their first three-game losing streak since their season-worst four-game skid July 3-6. 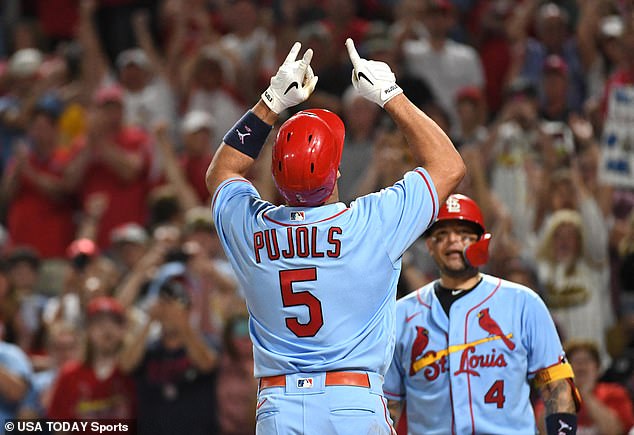 Pujols looks, and points, to the heavens in celebration following his two-run homer at PNC Park

The home run on Saturday was the 17th of the season for Pujols, 42, who has named this as his final season but who hardly is going meekly.

“He really kept us in the game. He was our best player. He’s been the best player for a long time. He’s just having unbelievable at-bats. … We’re just so thankful he’s on our team. Watching him hit homers, we don’t take it lightly. It’s a joy to watch.”

It wasn’t such a joy for Pittsburgh, but that doesn’t mean there isn’t respect.

The Cardinals ensured their 15th consecutive winning season on Saturday while the Pirates have lost seven of their past nine games. 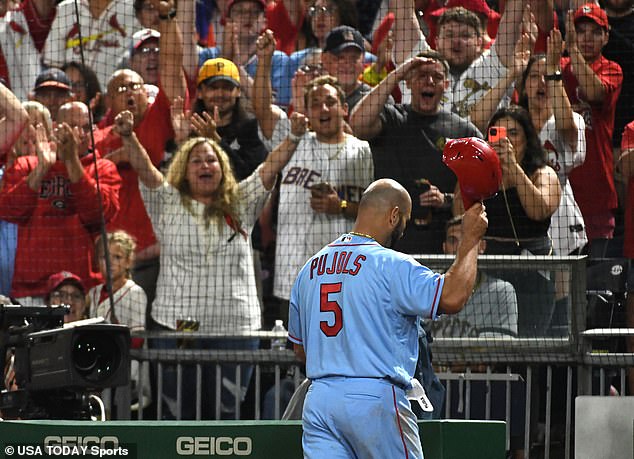 Quintana will face his former club for the first time since the Pirates traded him to St. Louis on Aug. 1.

He hasn’t needed an extended adjustment period — or any time at all. His last time out, Tuesday against Washington, he allowed one run and five hits in five innings in a win.

In his career, Quintana is 5-2 with a 3.64 ERA in 12 career starts against Pittsburgh, all with the Chicago White Sox and Chicago Cubs. 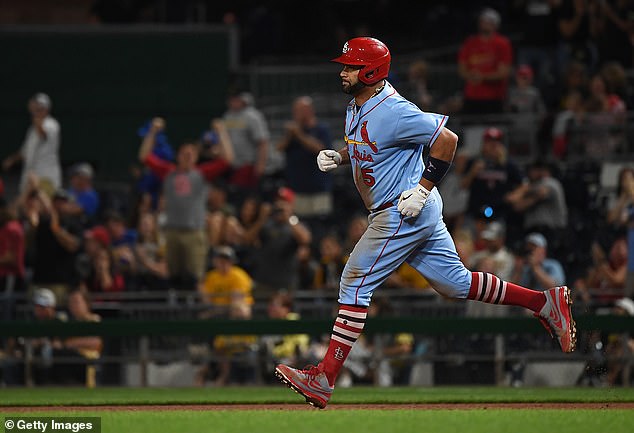 Keller keeps moving toward an established role in the rotation. He has allowed three runs or less in 14 of his past 17 starts.

Keller has been buoyed by a sinker that is working better and better.

“He navigated through some traffic,” Shelton said of Keller’s game against the Mets. “I thought his sinker was really effective, and he put the ball on the ground.” 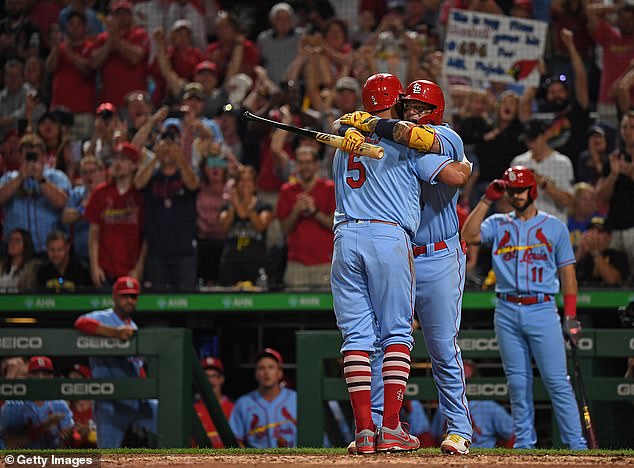 Yadier Molina embraces the Cardinals’ historic No. 5 following his homer in the sixth inning