Rising bills: Growing numbers of men and women are cutting back on pension saving

Growing numbers of men and women could be damaging their future retirement prospects by cutting back on pension saving, new research reveals.

Some 15 per cent of men and 16 per cent of women had reduced pension contributions to cope with rising prices by late summer, according to research by financial services firm Scottish Widows.

That compares with 12 per cent and 10 per cent respectively when the same cost of living survey was carried out in the spring.

The trend is gathering pace faster among women, who are also more likely to be anxious about the cost of living, the firm found.

Workers facing money pressures are being urged by finance experts not to abandon or cut pension contributions due to the damage this could wreak on their finances in retirement.

Scottish Widows calculates that someone aged 40 who reduces their retirement savings by around £150 per month for a year could have more £3,000 less in their pension pot, including investment returns, by the time they retire.

If you cut your savings by stopping workplace contributions, you would miss out on employer contributions as well, it says.

And if the cut in contributions is never reversed, the reduction in retirement savings could be over £62,000 by the time you retire, assuming a current age of 40, a retirement age of 65, and a 2 per cent real return on investment.

Meanwhile, unequal lifetime earnings and stints of unpaid caring work mean women are retiring now with pensions 60 per cent the size of men’s.

The gender income gap also means women are more likely to be concerned about rising bills than men, according to the study.

Some 88 per cent of women say they are concerned and 42 per cent are very concerned about the rising cost of living, with those in the 35-54 age group the most worried of all, the firm found.

Some 80 per cent of men are concerned and 36 per cent are very concerned about increasing bills.

Men on average earn £30,900 a year and women £21,900 due to the latter doing more childcare and part-time work, according to the Scottish Widows report.

Scottish Widows did find one bright spot in terms of more men and women meeting its measure of adequate savings in preparation for retirement.

Adequate is defined as saving at least 12 per cent of income towards old age, and the proportion of women achieving this has risen from 50 per cent a decade ago to 61 per cent, broadly equal to men.

Progress was probably driven by the successful policy of auto enrolment into pensions, according to the firm.

Meanwhile, Scottish Widows took a closer look at how much people from ethnic minorities are paid and what they save for retirement. It found: 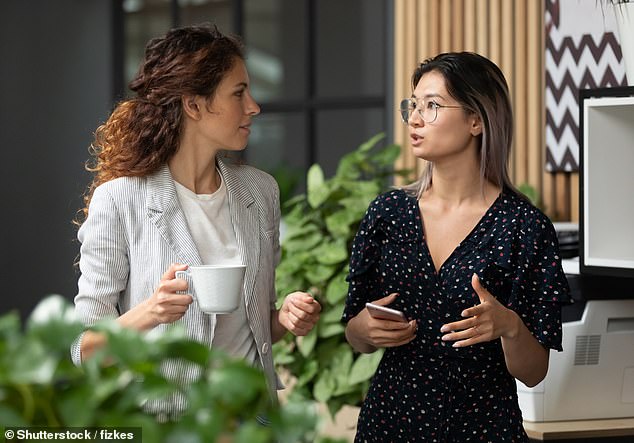 Looking ahead: More women are saving adequately for retirement, defined as putting at least 12 per cent of income into a pension

Scottish Widows also found that single mothers struggle to save for retirement, due to having one source of income and additional costs and responsibilities when raising children. It found:

– Some 40 per cent of single mothers are not a member of a pension, compared to 29 per cent of women overall

– Single parent households, of which women make up 90 per cent, have on average £29,000 of assets, including pensions 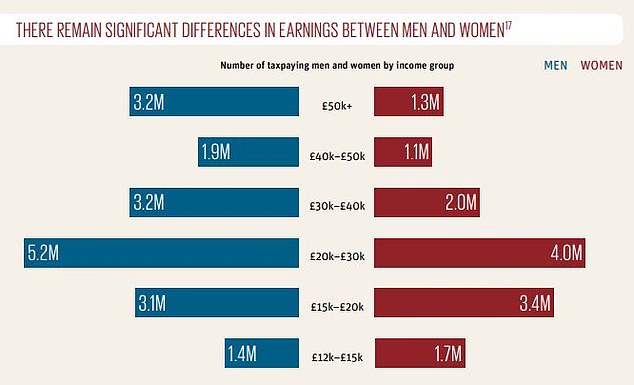 Source: Scottish Widows, based on HMRC’s distribution of total income before and after tax by gender, 2019-2020

– That compares with a couple with dependent children who have on average £275,000 of assets

– Some 19 per cent of single mothers are reducing retirement savings in response to the rising cost of living.

Scottish Widows surveyed more than 5,000 adults, weighted to be representative of the British population in age, gender, region and social class, earlier this year.

‘Our research shows that single mothers are much more likely to be exposed financially, cutting back in ways that jeopardise their wellbeing.

‘Current economic conditions are making it harder than ever to fix the deep inequalities that underlie the pensions gap, with the retirement savings of women deeply impacted by key life events such as divorce or motherhood.

‘Providers, regulators and employers must collaborate urgently to address this crisis– from reconsidering the auto-enrolment threshold to far greater investment in childcare support – to help the most vulnerable in the near term.’ 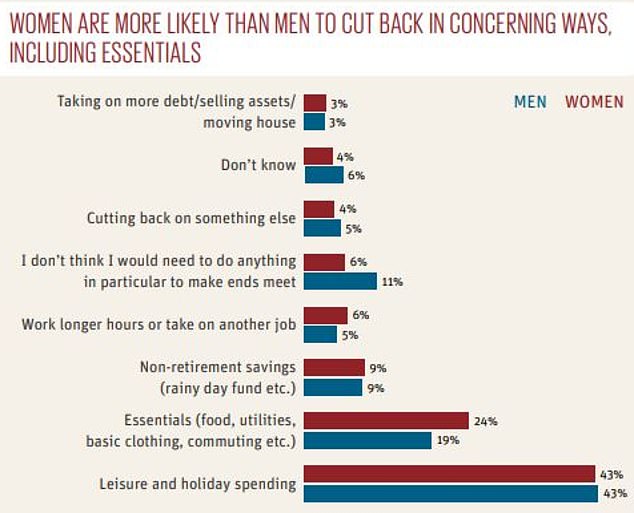