The Government’s shambolic handling of the PPE crisis was laid bare last night after a documentary claimed ministers counted every glove individually instead of in pairs to boast of delivering one million bits of protective kit to NHS staff.

A BBC Panorama investigation revealed Number 10 had failed to buy enough masks, gowns, visors and swab tests – despite creating a major emergency stockpile for use during a pandemic in 2009.

Officials neglected to purchase enough PPE and then ignored a warning from their own advisers last June that they would need more, it was claimed.

It comes as a shocking poll by the Royal College of Physicians yesterday found that a quarter of doctors are having to re-use protective kit meant to be worn just once.

The college’s leader said the survey revealed a ‘terrible state of affairs’ and – in a further blow to the Government – an investigation found that officials failed to buy enough gowns when setting up an emergency stockpile in 2009. Ministers are also accused of ignoring a warning last June that they would need to purchase more.

The protective clothes should be worn only once because washing them at temperatures high enough to kill coronavirus weakens their effectiveness.

The Royal College’s poll found that 27 per cent of doctors were re-using their personal protective equipment or had done so.

Its president, Professor Andrew Goddard, said: ‘Many personal protective equipment items are designed for single use and should only be re-used in extreme circumstances.

‘That so many people are having to re-use PPE shows how desperate the shortages are. 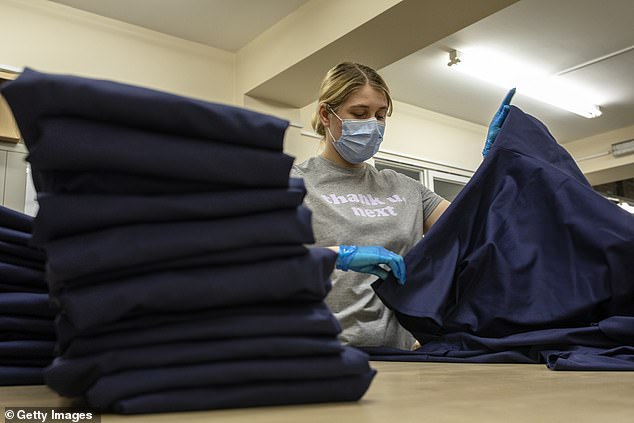 ‘This is a truly terrible state of affairs. As a bare minimum we expect our health service to provide the equipment we need to protect ourselves and our patients.’

The NHS is asking for a minute’s silence at 11am today for all the health and care workers who have lost their lives to coronavirus.

Health Secretary Matt Hancock claimed last night that 98 frontline staff have died. Others put the figure at 134 and campaigners say lives have been lost because of inadequate PPE. 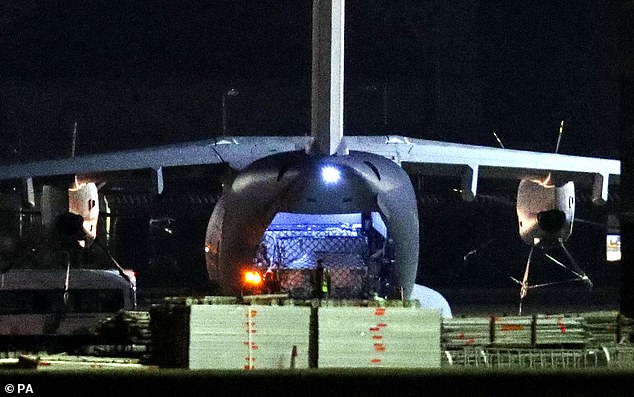 An RAF Atlas, believed to be carrying a cargo of PPE is unloaded at Brize Norton 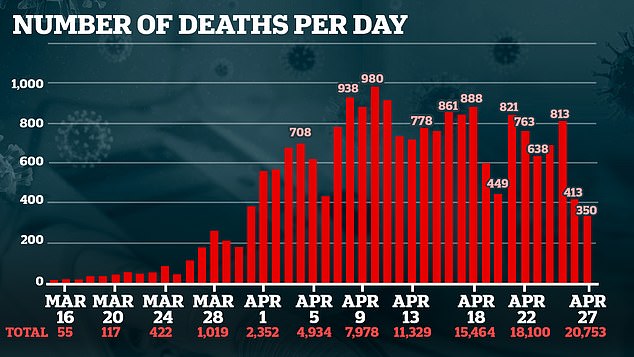 As daily hospital deaths from coronavirus dropped below 400 for the first time in four weeks:

The failure to provide enough PPE to hospitals and care homes has been one of the biggest issues in the pandemic, with the Government admitting it cannot lift the lockdown before it is resolved.

Mr Hancock promised last night that the families of health and care workers who have died from coronavirus would receive a £60,000 ‘life assurance’ scheme.

Among the victims was Abdul Mabud Chowdhury, 53, who died in east London five days after urging Mr Johnson to make sure staff had better clothing and equipment. 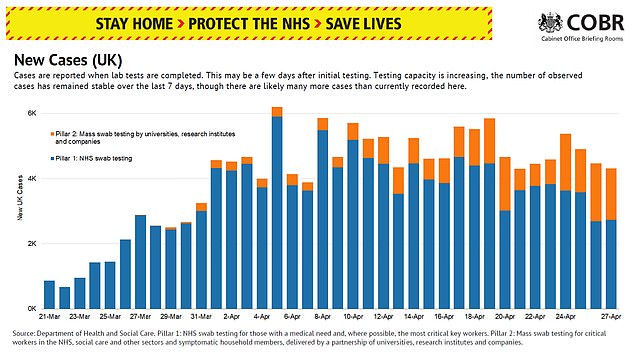 The Royal College’s survey – completed by 2,129 members – also highlighted concerns that protective equipment was poorly fitting. Nearly a third – 31 per cent – said they had not had their facemasks ‘fit tested’ to ensure they provided maximum protection.

Just 69 per cent said they were always able to access the vital long-sleeved gowns. The figure for goggles was even lower at 50 per cent.

Overall 27 per cent said they could not get the equipment they needed, which was up from 22 per cent when the college carried out the same survey three weeks ago.

The BBC Panorama investigation, which was screened last night and is available on iPlayer, found the Government failed to stockpile enough gowns, visors and swabs needed for testing. 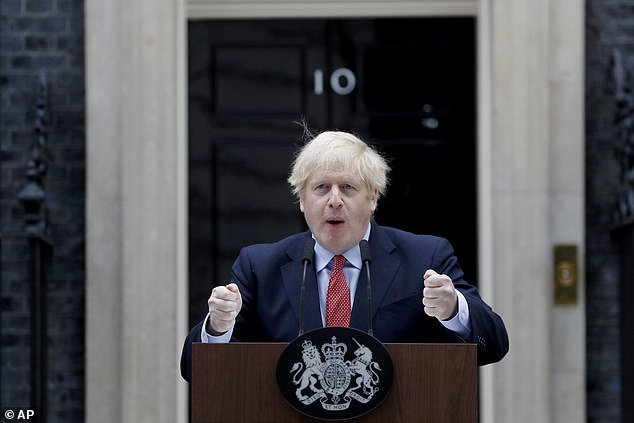 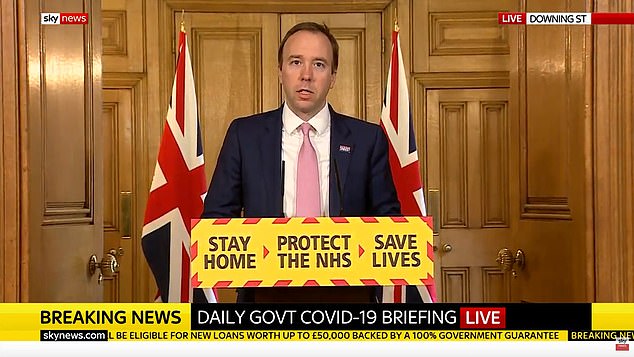 Mr Hancock promised last night that the families of health and care workers who have died from coronavirus would receive a £60,000 ‘life assurance’ scheme

Ministers apparently then ignored a warning last summer from experts on the New and Emerging Respiratory Virus Threats Advisory Group that they should buy additional gowns.

The shortages are affecting care homes as well. James Bullion, of the Association of Directors of Adult Social Services, told the BBC’s World at One: ‘It’s been promised for some weeks and not arrived.’

Chris Hopson of NHS Providers, which represents hospital trusts, said: ‘It will be important – when the time comes for a public inquiry – to examine why the pandemic stockpile was not configured for an epidemic like the one we face today.’

The Department of Health said: ‘We are working night and day to ensure our frontline health and social care staff have the equipment they need to tackle this virus, and have delivered over a billion items of PPE since the outbreak began.

‘New clinical advice has been issued to make sure that if there are shortages in one area, frontline staff know what PPE to wear instead to minimise risk.’