A large number of police are surrounding the facility just outside Darwin after reports ‘multiple people’ escaped on Wednesday morning.

Authorities are investigating and conducting a widespread search of the area.

A man in quarantine at Howard Springs tested positive for the Omicron variant on Monday and there are growing fears the virus may have leaked into the community.

Several people have broken out of the Northern Territory’s Howard Springs quarantine centre, sparking fears the new Omicron variant could spread into the public

Genomic testing has confirmed a repatriated Australian, who travelled to Darwin from South Africa contracted the new strain, health officials announced on Monday.

The man aged in his 30s arrived on November 25 from Johannesburg and was taken straight to the Howard Springs quarantine facility, where he remains in isolation.

There are now six known cases of the mutation in Australia.

The NT’s Health Minister Natasha Fyles said on Monday they weren’t ‘overly concerned’ about the presence of Omicron in the facility.

‘The quarantine facility itself is broken into different zones so our international repatriations do not interact with any of our local community members, Territorians, who may be in the facility as a close contact,’ Ms Fyles said. 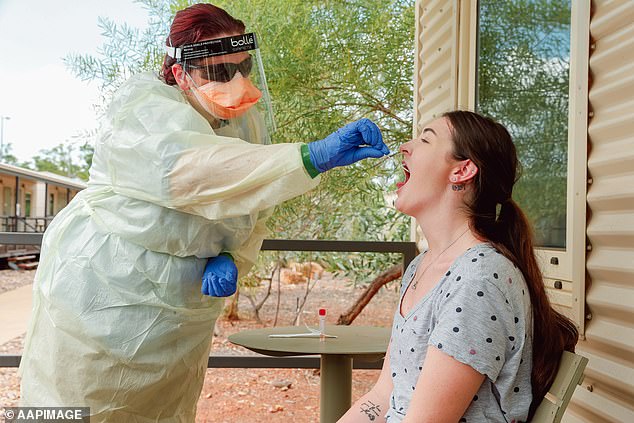 A man tested positive for the mutated variant on Monday, with growing fears the virus may have leaked into the community

Currently, fully vaccinated international travellers are permitted to ‘home quarantine’ in the NT for seven days as long as they submit to mandatory testing.

The Aboriginal Medical Services Alliance Northern Territory says that should be paused to protect the territory’s vulnerable Aboriginal population now Omicron has arrived.

‘The NT should be cautious until we know more about this new variant,’ chief executive John Paterson told AAP on Tuesday.

Mr Paterson said unsupervised quarantine in high-density settings, such as hotels and high-rise apartments, could lead to the virus spreading to other residents.

He urged the NT government to resume supervised quarantine for all international arrivals at a facility, such as The Centre for National Resilience, south of Darwin.

‘At the very least, hotels and multistorey apartments should be removed as an option for home quarantine,’ he said. 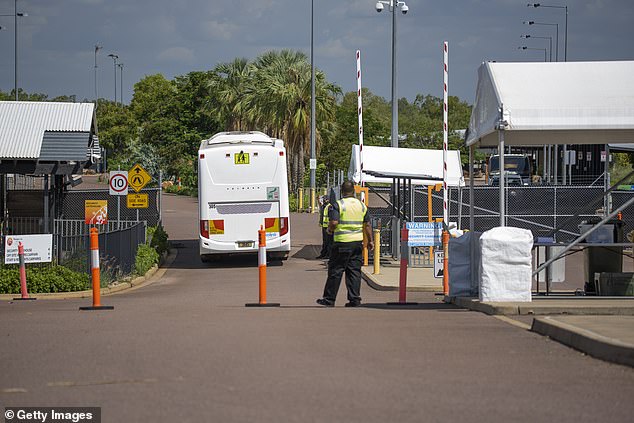 Currently, international arrivals on repatriation flights are required to quarantine for 14 days at Howard Springs.

Travellers who arrive on the daily standard international flights into Darwin Airport are permitted to quarantine for seven days at their homes or another suitable location.

The flights are expected to become twice daily from December 19.

The home quarantine requirement is scheduled to end on December 20 but all arrivals will be required to have a rapid antigen test.