Olivia Newton-John’s first marriage ended in heartbreak when her husband ran off with the couple’s young babysitter while the singer was fighting breast cancer.

Dancer Matt Lattanzi split with Newton-John after he was confronted over his ‘very close’ relationship with Cindy Jessup, then 23, during a cancer charity cycle ride.

The Aussie legend divorced him in 1995 and Lattanzi, then 40, married his young lover two years later – but Newton-John refused to be bitter over the split.

‘She’s delighted,’ a friend insisted to reporters at the time of the wedding.

‘It looks bad, because Cindy would often babysit his daughter and she was a friend of his and Olivia’s – but in those days there was no romance.’ 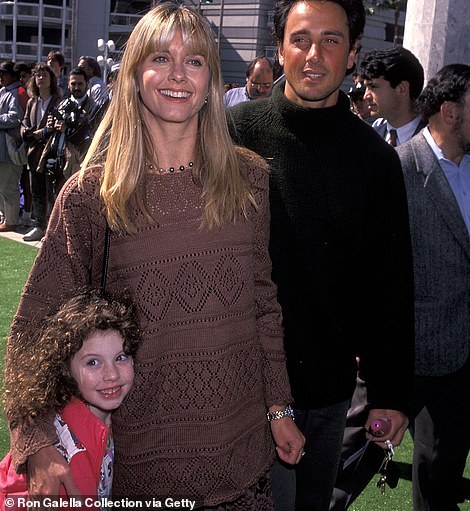 Newton-John married American Lattanzi – 11 years younger than her – after the pair met on the set of Xanadu in 1980 when she was 32 and he was 21.

Despite the age gap, they immediately had chemistry, Newton-John revealed, and dated for four years before getting married in 1984 and had daughter Chloe in 1986.

But the marriage hit the rocks after the singer’s cancer diagnosis in 1992 and she put her career on ice to focus on her recovery.

The couple left their home in Malibu, California to move to the tranquility of her farm near idyllic Byron Bay in northern NSW, but the move ultimately killed her marriage.

‘When I had breast cancer I thought then that would be it,’ she admitted to the Daily Mail in 2005.

‘I went to my farm near Byron Bay and seriously thought about retiring.’

Lattanzi was starring in Aussie soap Paradise Beach in 1993 when the busy couple hired Jessup to help look after Chloe and she quickly became part of the family. 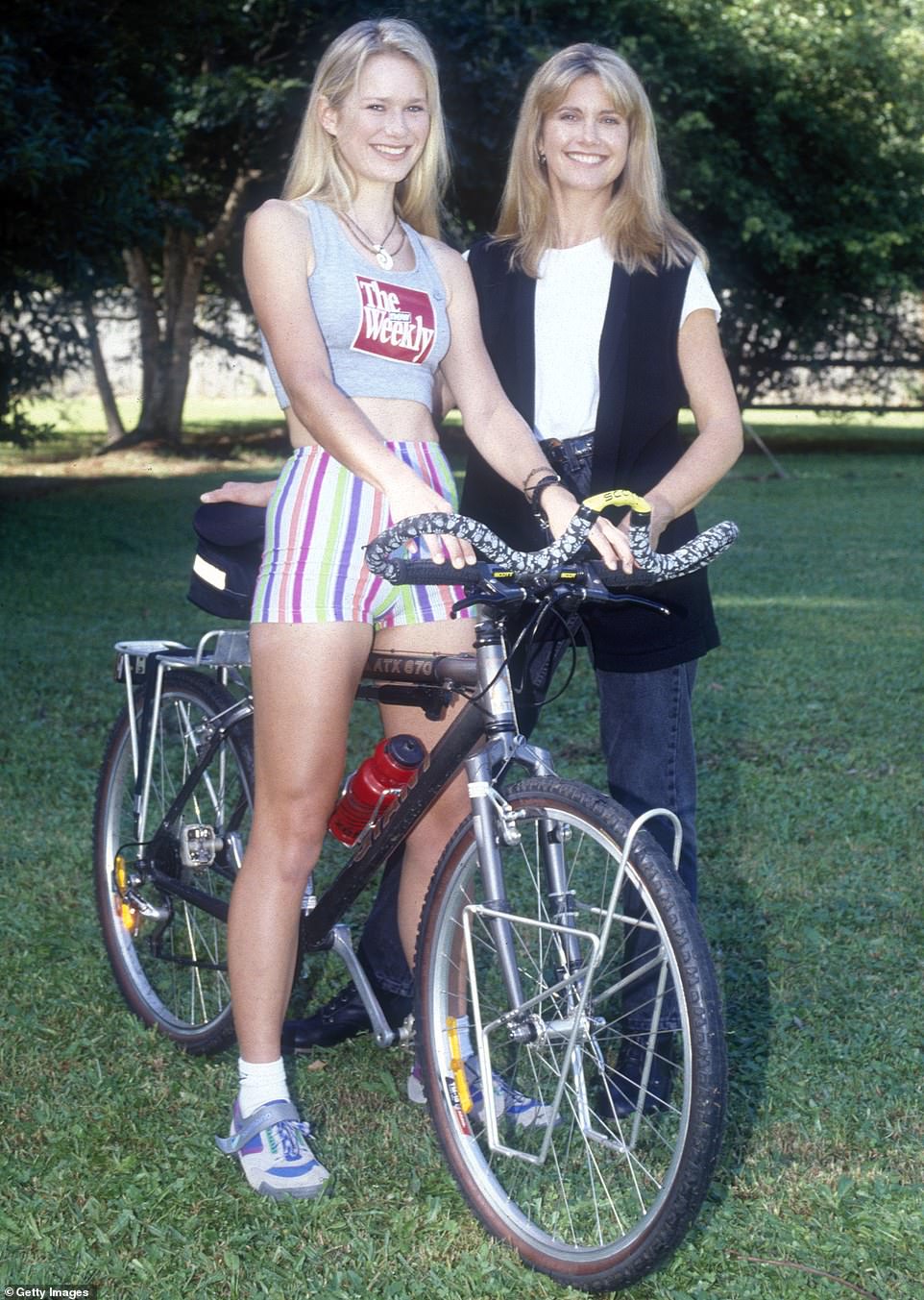 Jessup cycled from Sydney to Perth in 1994 in aid of Newton-John’s charity, supported on the three-month journey by the singer and her husband.

But Newton-John began to have suspicions about the relationship between Jessup and Lattanzi – and reportedly confronted him in an agonising showdown.

The row led to Lattanzi moving in with Jessup and divorcing the singer in 1995 before the he married his former babysitter in 1997, when he was 40 and she was 28.

‘I am so fortunate,’ he said at the time. ‘I couldn’t ask for a better outcome.’ 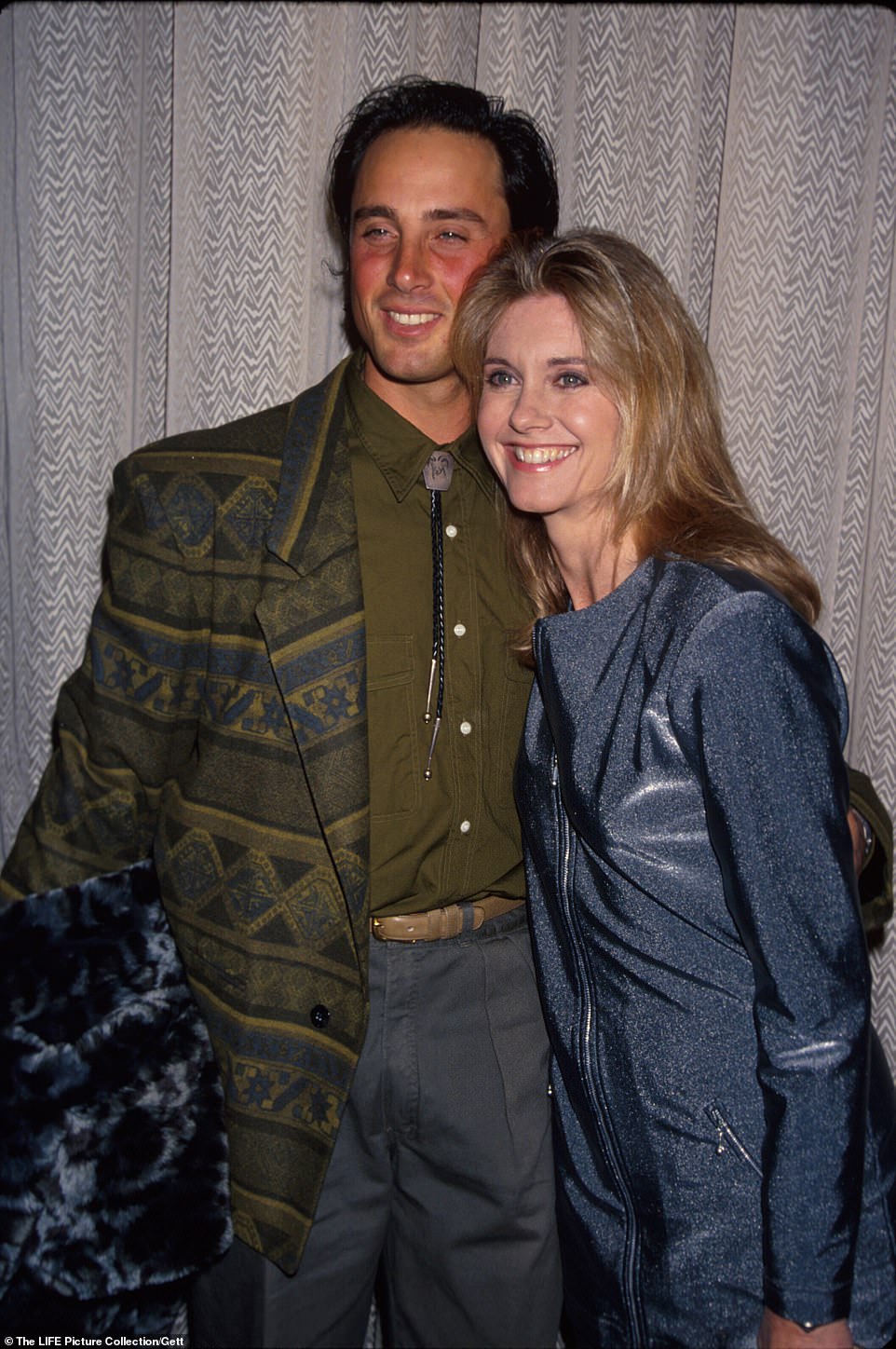 Olivia Newton-John continued to blame her fight with cancer for what she said was the inevitable end of her marriage, and not husband Matt Lattanzi’s love for their babysitter

Newton-John continued to blame her fight with cancer for what she said was the inevitable end of her marriage, and not her husband’s love for the babysitter.

‘I think our marriage would have eventually come to an end, but it happened sooner because of the cancer, which was a good thing,’ she told the Daily Mail.

‘It was very painful, but we were never at odds with each other. 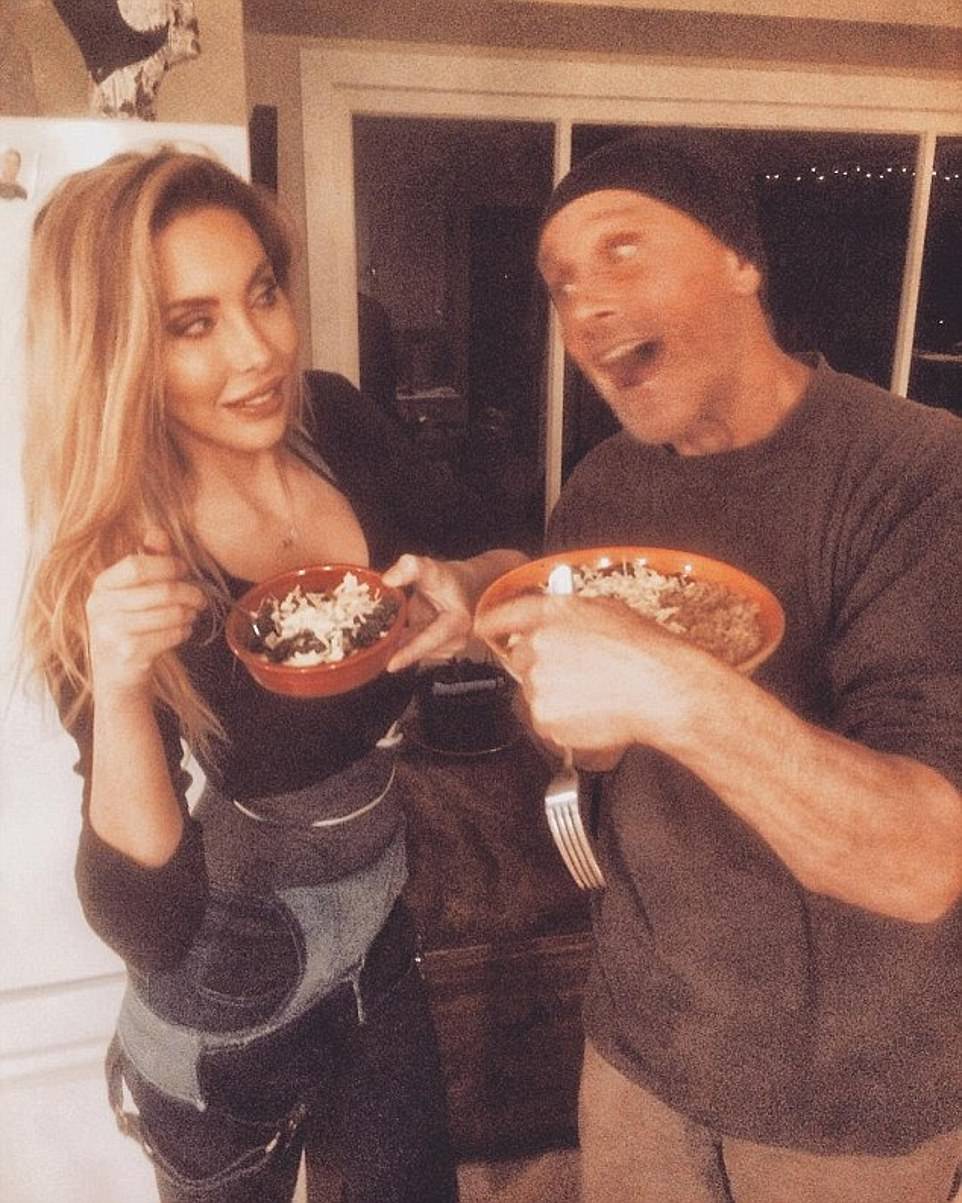 Matt Lattazni, seen here with daughter Chloe, now runs a cannabis farm in Oregon with third wife Michelle, who was also diagnosed with cancer in 2014

‘We have tried to remain friendly because we have a child and we made a pact that she was the most important thing in our lives and that we would never fight over her.

‘What happened between us was between us, and we wouldn’t allow it to affect her.’

She added: ‘Divorce is never all right. Everybody wants the happy ending and the white picket fence, particularly me.

‘My own parents divorced when I was 10 and, maybe because of that, I kept putting marriage off.

‘When I did get married, I wanted it to last for ever, but that wasn’t to be.’

It was not to last for Jessup and Lattanzi either, with the couple splitting after 10 years of marriage in 2007.

Jessup’s acting career was brief and uneventful too, appearing in a little-known one-hour videos Prescription for Peril in 1999 and Tied Up All Night in 2000.

Lattanzi’s career – which saw him appear in Grease 2, starring Michelle Pfeiffer in 1982, the flop follow up to Newton-John and John Travolta’s global smash original – also ground to a halt in the wake of his split with Newton-John.

He never worked again on screen following his Paradise Beach stint in 1993 and is now 63, remarried, and living in Oregon in the US.

His third wife Michelle was diagnosed with colon cancer in 2014 but is in remission and the couple now run the 115-acre Laughing Dog medicinal cannabis farm.

Michelle Lattanzi paid tribute to her husband’s ex-wife on social media on Tuesday, saying the world had lost an icon.

‘Today we lost one of the world’s greats Olivia Newton-John,’ she posted on behalf of the couple.

‘Matt and I are so overwhelmed with the love and gratitude shared with us by friends, family and a deeply loving community of fans who will all miss Olivia’s presence in this world.

‘I have heard truly lovely stories and memories from people near and far, and honor in each of you where those feelings and memories come from.

‘Nothing will replace the icon we lost, yet her legacy is alive and well in our hearts and memories, as well as her contributions to our global culture, her beloved daughter Chloe Lattanzi, and her cancer research and wellness center in Melbourne.

‘Please honor your sadness, and then celebrate the joy that Olivia’s heart and lifetime achievements endowed in our world.

‘Sending all kinds of love.’