Olivia Attwood showcased her slim physique in an all black ensemble as she headed out in Cheshire on Saturday.

The former Love Island star, 31, cut a low key figure in a pair of sports leggings and a matching black zip up jumper.

She opted for white trainers and swept her long blonde tresses up in a relaxed bun on top of her head.

Low key: Olivia Attwood showcased her slim physique in a pair of sports leggings, a matching black zip up jumper and white trainers as she headed out in Cheshire on Saturday

The reality star showed off her natural beauty and hid behind a pair of large black sunglasses.

She carried her personal belongings in a large coordinated bag as well as a bottle of water and her phone in her hand.

The appearance follows after Olivia is set to go behind-the-scenes of Britain’s cosmetic surgeries after landing a second documentary series with ITV2. 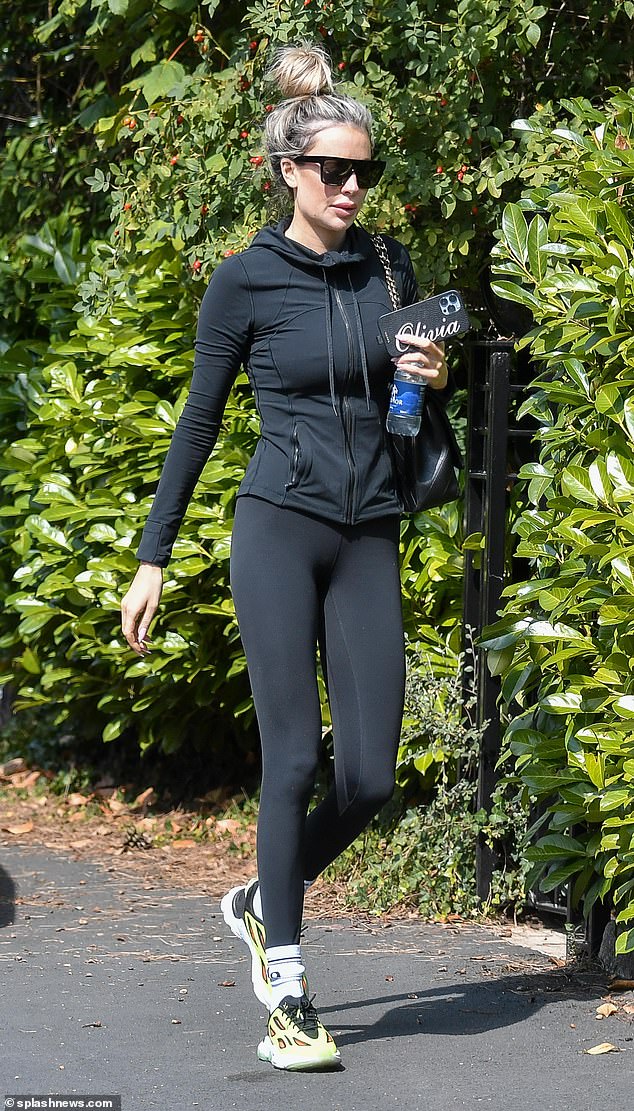 Workout ready! The former Love Island star, 31, swept her long blonde tresses up in a relaxed bun on top of her head while hiding behind a pair of large dark sunglasses for the outing

The TV personality, who explored the world of online sex during her show Getting Filthy Rich earlier this year, will now look into the beauty cash-crazed industry.

She is no stranger to going under the knife herself as she has openly had two boob jobs, a thread lift and multiple injectables.

Olivia will look into how science and social media are redefining beauty as people chase the perfect selfie. 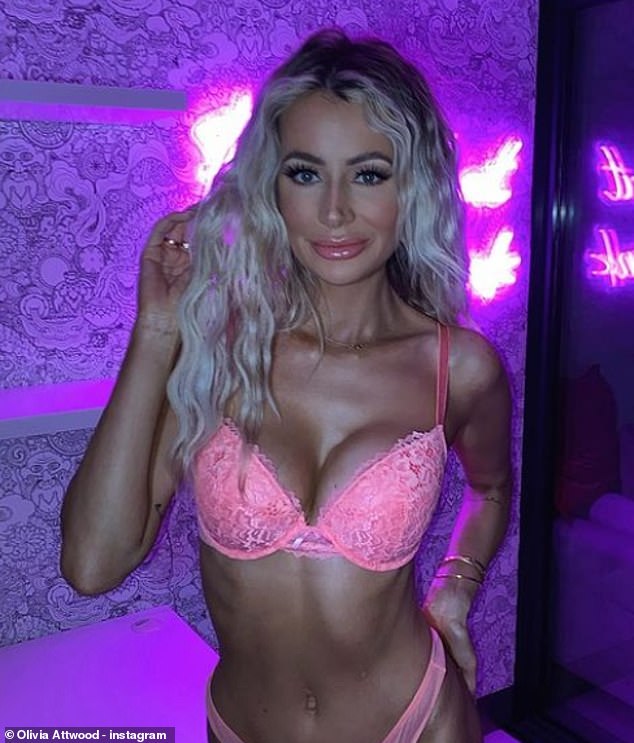 Another string to her bow: Earlier this week it was revealed Olivia is to go behind-the-scenes of the UK’s cosmetic surgery procedures as she lands a second documentary series with ITV2 (stock image)

She will give viewers a glimpse of the latest trends as well as shining a light on the positive and negative surgery outcomes.

Speaking to a variety of people within the industry from patients to practitioners, the former Love Island star will even hop onto the table herself to try out the latest trend.

During the series the blonde beauty will have the opportunity to be the other side of the syringe as she administrates treatments to patients. 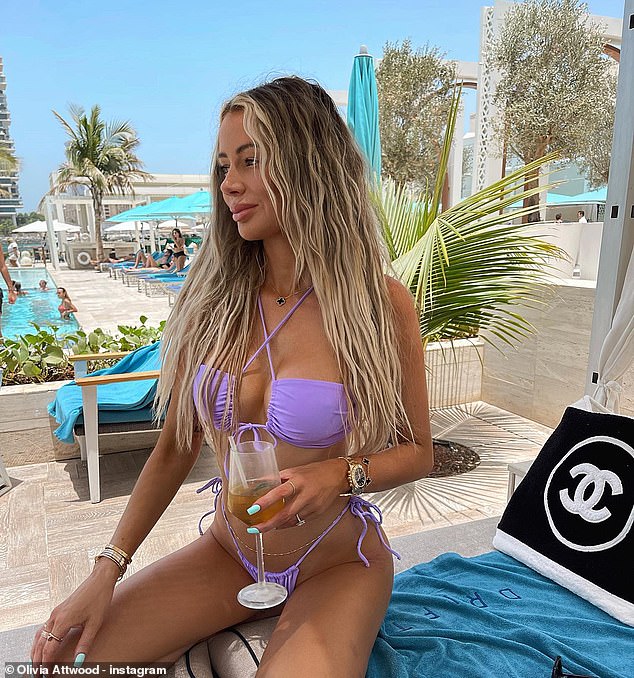 Exciting: The reality star, who explored online sex during her show Getting Filthy Rich earlier this year, will now look into the cosmetic cash-crazed industry 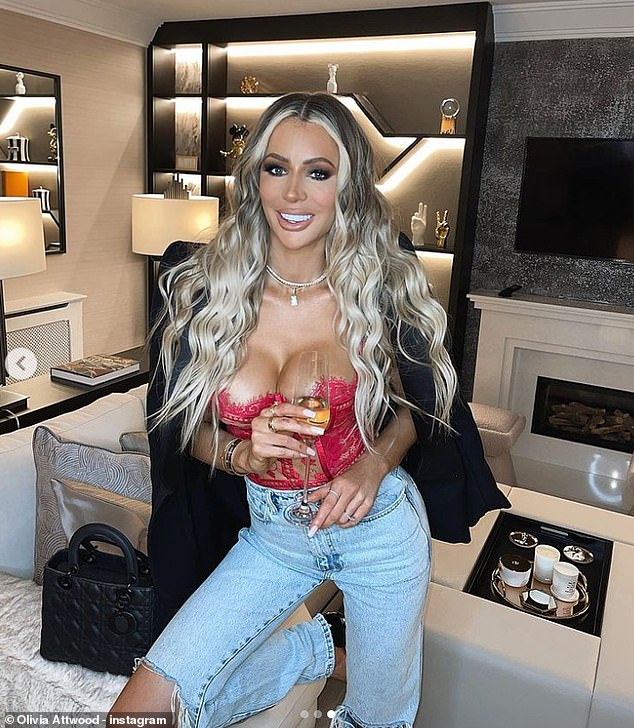 Wow: The TV personality is no stranger to the industry as she has had two boob jobs, a thread lift and multiple injectables

Each episode will see the beauty investigate a different part of the body from Olivia’s Perfect Vagina, Perfect Bum, Perfect Penis, Perfect Boobs and Perfect Face.

Olivia, who finished third on Love Island in 2017, previously admitted to going too far with her cosmetic procedures and had her lip filler removed.

In 2019, she made the drastic decision after six years of lip injections, which had started to spill out of her natural lipline, to dissolve her top lip. 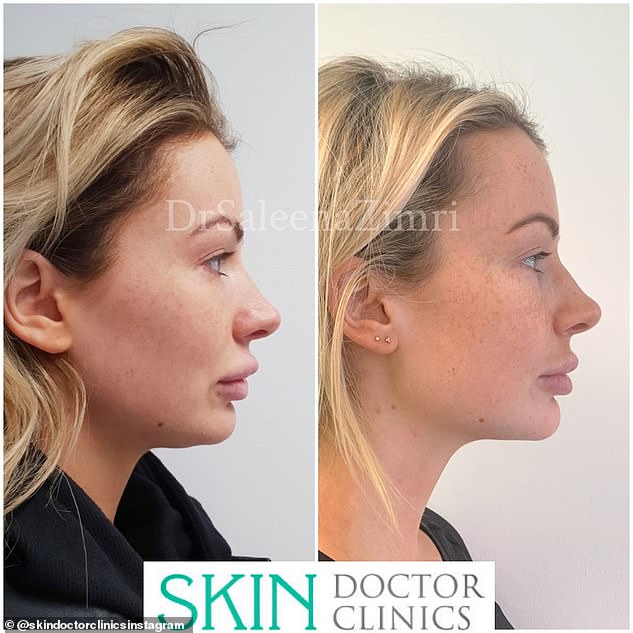 Before and after: Olivia showed off the results of her £2500 jawline, chin lipo and contouring procedure on Instagram on Thursday as she called her cosmetic surgeon ‘the best’ in 2019

The star said on Instagram at the time: ‘So this is my top lip with no filler at all and it feels really weird, not going to lie.

‘That lip has started to come out of the lip line and started to look really puffy – something I never wanted, so I’m actually excited to start again fresh’

Speaking exclusively to MailOnline in 2020, Olivia urged women considering cosmetic surgery to ‘make sure you’re doing it for yourself, not because that’s what’s trendy’. 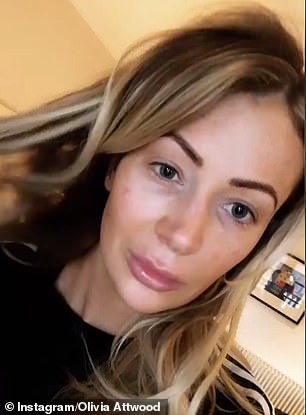 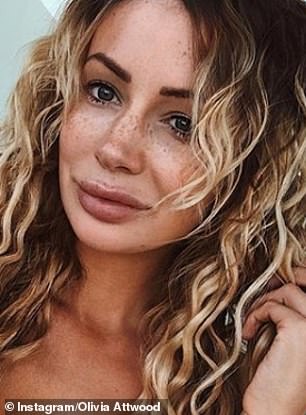 All change: That same year, Olivia revealed she has had her top lip fillers removed, (left) after realising she had gone too far with the cosmetic procedure

Using herself as an example, the blonde beauty said: ‘When I had the big boobs – the first boob job – that was the fashion. Everyone wanted those sort of like Katie Price, Jodie Marsh boobs – and then the fashion changed, and I felt uncomfortable.’

Olivia, who had her breast implants replaced with smaller ones in 2019, went on: ‘It’s the same with the lips, when lip fillers burst onto the scenes a couple of years ago, everyone wanted them as big as possible, and now the natural look is definitely making a comeback.’

She wisely concluded: ‘I think what I’ve learned – and a lot of people have learned – is that with our bodies, we’ve got to be so careful not to follow fashion.’ 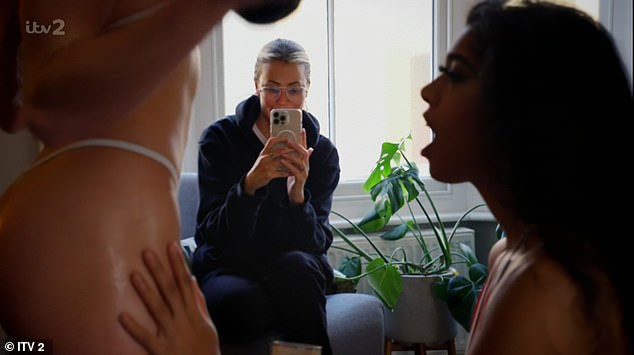