EXPRESS INFORMER > Business & Finances > Old boiler maintenance: How to save on energy bills without buying a new one

Old gas boilers can waste up to £500 a year in energy bills, and now experts have revealed how to make yours more efficient, save money and make your home greener too.

Gas boilers are the main boiler type in the UK, with 23 million homes having one, according to comparison firm Uswitch. But many of these are ancient and are not running as well as they should, costing money and burning unnecessary fossil fuels for no gain.

Boilers rated at the top energy-saving level, A, are more than 90 per cent efficient, while the lowest G-rated models can waste 40 per cent of the money you spend on gas, Uswitch said.

Changes: A few tweaks to your boiler can make a massive difference to your yearly energy bills

Running a boiler normally makes up more than 50 per cent of the yearly energy bill for any home, according to the Energy Saving Trust charity.

The energy bill for a household with average levels of usage is now capped at £2,500 a year due to the Government’s Energy Price Guarantee.

Assuming a household bill is capped at this level, that means running a boiler costs around half of that (£1,250) and the least efficient boilers waste 40 per cent, or £500, of that money – as a very rough estimate.

‘Modern boiler systems that have been looked after with regular boiler maintenance burn their fuel more efficiently than old models that have been neglected,’ said Ben Galilizzi of Uswitch.

‘Looking after your boiler on a regular basis will also reduce the risk of gas leaks, and improve protection within your home, including carbon monoxide safety.’

How to give your boiler a free makeover

Uswitch said there are a few ways to get the most out of an old boiler – for free.

It is also a good idea to get a professional to check your boiler regularly. This makes sure it is running smoothly, safely and efficiently to heat your home and save money.

The perks of paying for a new boiler

If you do need a new boiler, how much you’ll pay depends on the type you need, the brand and model you choose, and the size. On average you can expect to spend around £2,500, according to the Energy Saving Trust.

But this outlay will be recouped in the long run, provided you keep living in the property. For example, replacing an old G-rated boiler in a semi-detached house with an A-rated condensing boiler will cost around £4,000, but then it should save you around £540 a year.

There are several Government schemes that can help you with the cost of replacing your boiler if you meet the criteria. 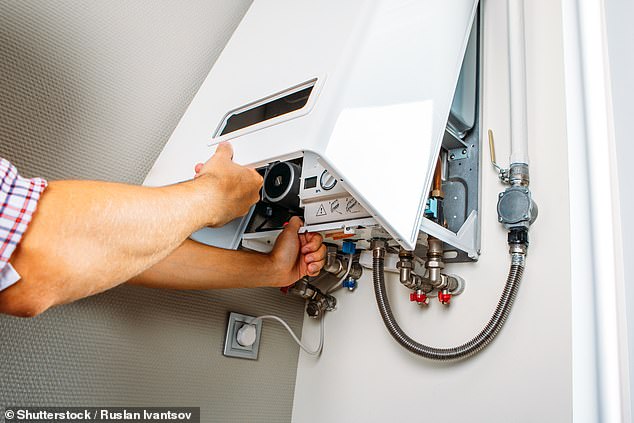 Replacement: Eventually you will need to get a new boiler fitted, but the high upfront costs can soon be recouped in lower energy bills in the future

The Energy Company Obligation boiler replacement scheme replaces old, inefficient broken boilers for free. To qualify you need to receive at least one benefit, such as income support or disability living allowance. You also need to be the homeowner.

Alternatively, in Wales the Nest scheme provides free boilers to homeowners and tenants who receive certain benefits or have a chronic medical condition.

In Scotland, the Warmer Homes Scheme provides free boilers and insulation to homeowners and tenants who are struggling to pay their energy bills and have lived in their home for at least 12 months.

If you aren’t eligible for a Government scheme you could still spread the cost of your new boiler. Energy providers including British Gas, EDF and Eon all offer interest-free deals. For example, British Gas offers five years of interest-free credit on new boilers. 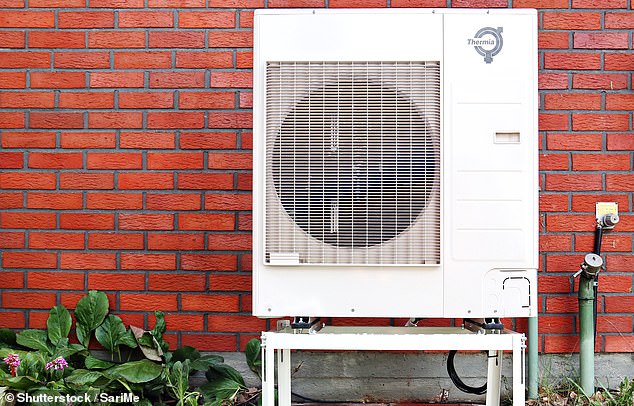 Go green: Heat pumps are an alternative to boilers, but the installation costs are much higher

Heat pumps are an alternative to boilers and can provide cheaper, greener energy, although the upfront cost is higher.

To install a heat pump system, your house needs to have either underfloor heating or radiators that are two and a half times larger than regular ones. This is because heat pumps don’t produce as much heat as a boiler, so they need a larger surface area to reach the same level of warmth.

You will also need space for a hot water cylinder if you don’t already have one. That’s because a heat pump can’t provide hot water on demand like a ‘combi’ boiler.

The upfront costs for an air source heat pump are higher than a traditional boiler. It will cost between £7,000 and £13,000, according to the Energy Savings Trust.

Households can benefit from a £5,000 grant towards the cost from the Government. The grant is available to anyone living in England and Wales.

You need to use an MCS-certified installer and agree a quote with them – they can then apply for the grant.

This week, British Gas has said it will cut the starting cost of a heat pump to £2,999 for those using the scheme.