Former President Barack Obama recalled some of his early interactions with now President Donald Trump, before Trump started floating the so-called ‘birther’ conspiracy theory about Obama in the run-up to the 2012 election.

In his new book, ‘A Promised Land,’ Obama writes that during the 2010 Deepwater Horizon crisis, Trump called up White House adviser David Axelrod ‘out of the blue to suggest that I put him in charge of plugging the well.’

‘When informed the well was almost sealed, Trump had shifted gears, noting that we’d recently held a state dinner under a tent on the South Lawn and telling Axe that he’d be willing to build “a beautiful ballroom” on White House grounds – an offer that was politely declined,’ Obama wrote. 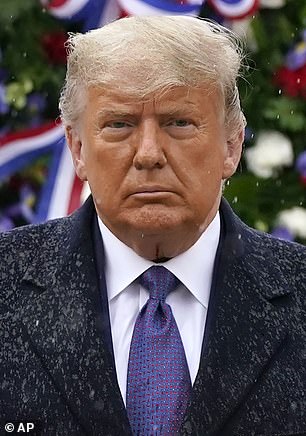 Former President Barack Obama (left) wrote about some of his early interactions with now President Donald Trump (right) in his new book, ‘A Promised Land’ 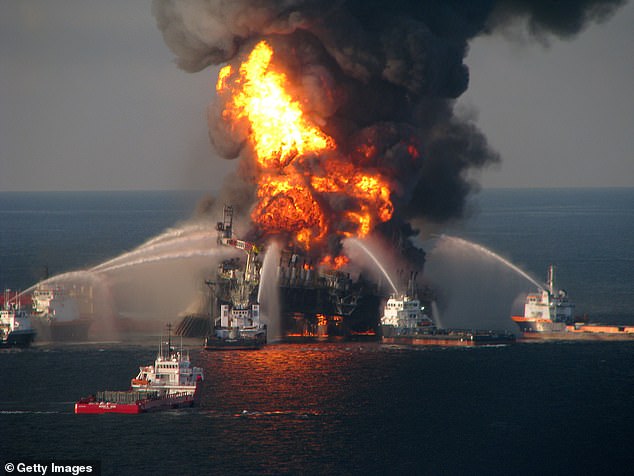 In 2010, Obama wrote that Trump called up White House adviser David Axelrod and offered to plug the Deepwater Horizon well that exploded that April, causing a major spill 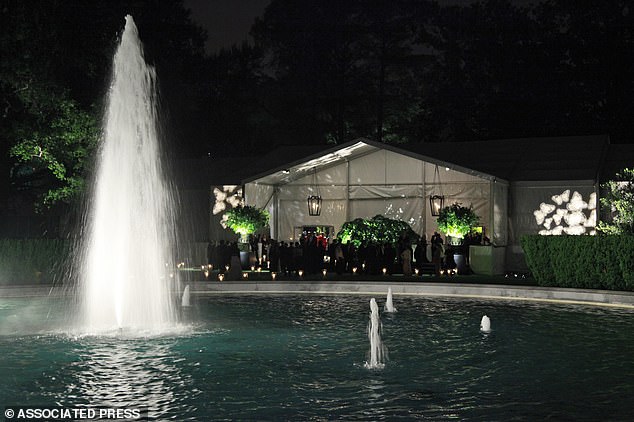 Trump changed directions and offered to build ‘a beautiful ballroom’ on the White House grounds, as the Obamas had erected a tent in May 2010 for a state dinner with Mexico 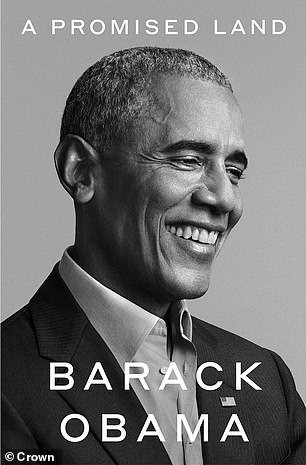 Trump was referring to the Obama administration’s second state dinner, in May 2010, with Mexican President Felipe Calderón, where a tent was erected on the South Lawn to accommodate more guests than the State Dining Room or the East Room would allow.

Later, Trump would construct a ballroom addition to his Washington, D.C. hotel.

Trump’s pitch came in the months leading up to when he’d become the most prominent voice pushing the so-called ‘birther’ conspiracy theory, suggesting that the country’s first black and bi-racial president wasn’t American-born.

Trump was mulling a 2012 White House bid, which he never followed through on.

Obama fought back by releasing his long-form birth certificate in April 2011.

Obama mocked Trump for thinking he had enough experience to be president, using a scenario from ‘Celebrity Apprentice.’

‘But all kidding aside, obviously, we all know about your credentials and breadth of experience,’ Obama said onstage, with Trump seated in the audience.

‘For example – no, seriously, just recently, in an episode of “Celebrity Apprentice” – at the steakhouse, the men’s cooking team did not impress the judges from Omaha Steaks. And there was a lot of blame to go around,’ Obama said. ‘But you, Mr. Trump, recognized that the real problem was a lack of leadership. And so ultimately, you didn’t blame Lil Jon or Meatloaf. You fired Gary Busey.’

Obama wrote that when Trump started beating the ‘birther’ drum, former first lady Michelle Obama – as she had when he was running for president – feared an assassination attempt.

‘Just thinking about Trump and the symbiotic relationship he’d developed with the media made her mad,’ the ex-president wrote. ‘She saw the whole circus for what it was: a variation on the press’s obsession with flag pins and fist bumps during the campaign, the same willingness on the part of both political opponents and reporters to legitimize the notion that her husband was suspect, a nefarious “Other.”‘

‘She made clear to me that her concerns regarding Trump and birtherism were connected not to my political prospects but, rather, the safety of our family,’ Obama wrote. ‘”People think it’s all a game,” she said. “They don’t care that there are thousands of men with guns out there who believe every word that’s being said,”‘ he continued, quoting his wife.

In ‘A Promised Land,’ Obama doesn’t put Trump and his birtherism in a separate category from Republican leadership at the time: House Speaker John Boehner, who has since retired, and Senate Majority Leader Mitch McConnell, who remains Senate GOP leader, and is currently giving Trump cover to not concede the 2020 presidential race to President-elect Joe Biden.

‘They, too, understood, that it didn’t matter whether what they said was true,’ Obama wrote of McConnell and Boehner. ‘The only difference between Trump’s style of politics and theirs was Trump’s lack of inhibition.’