EXPRESS INFORMER > News & Politics > NYPD officer, 31, ‘waits at home of ex and opens fire when she comes home with another woman’

An off-duty NYPD cop shot dead her ex-girlfriend’s new lover and seriously injured her former partner after lying in wait in the bedroom for the couple to return home.

Yvonne Wu, 31, wearing her officer’s jacket, opened fire at the pair after she sat waiting on her ex-girlfriend Jenny Li’s bed in Brooklyn on Wednesday evening, police have said.

Li’s new girlfriend, 24-year-old Jamie Liang, died after being shot in the chest by the jilted officer ‘possibly more than one time’ at the Bensonhurst home.

The couple were taken to Maimonides Medical Center where Liang was pronounced dead and Li remains in a serious but stable condition after she was struck in the torso.

Wu, who, works at the 72nd precinct and has been an NYPD cop for five and a half years, reportedly said, ‘That’s what you get,’ after the shooting.

Wu and Li had been in a two-year relationship and lived together before they broke up last month.

Assistant Chief Michael Kemper, of the Brooklyn South patrol district, refused to name the officer but said that she handed herself in when police arrived at the house and was ‘calm and collected and very forthcoming’. 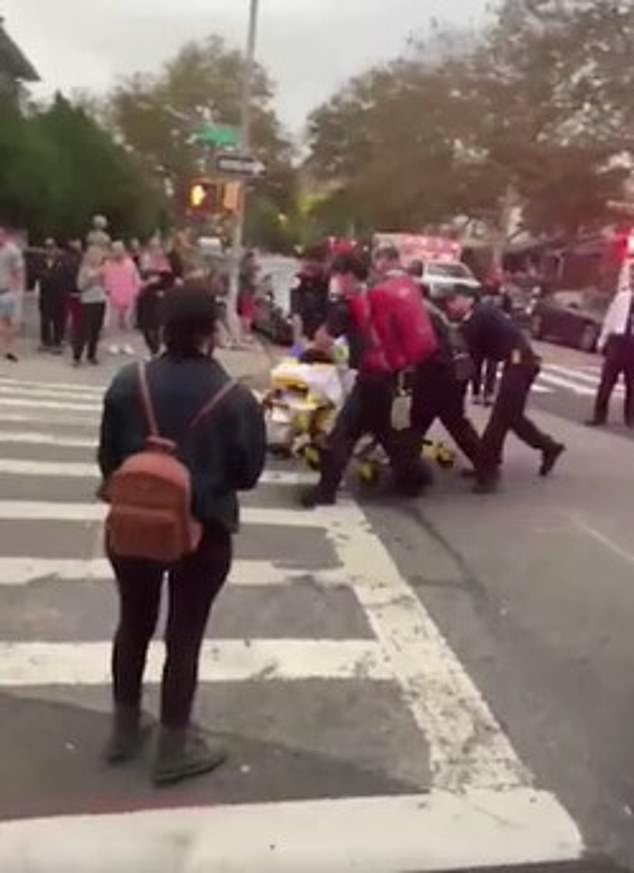 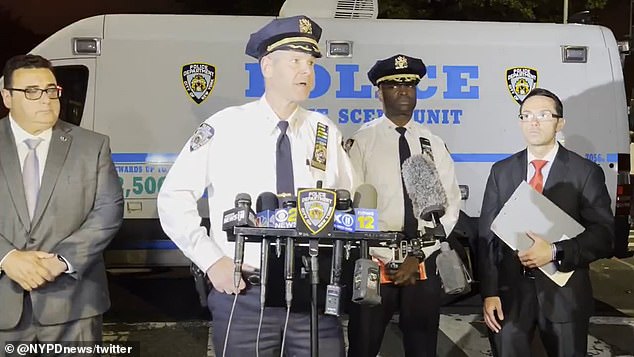 Kemper said the officer shot the two women inside a home belonging to her 23-year-old ex-girlfriend in Brooklyn, at 7901 19th Avenue, in Bensonhurst.

The incident happened at about 5pm on Wednesday, he said.

‘We believe the cop was inside the residence before the other two females came home,’ said Kemper.

One of the dead woman’s friends told The Daily News that Li and Wu lived together in Bay Ridge until about a month ago, when they broke up.

They had been together for about two years.

Witness Valerie Wares said she saw police giving CPR to one of the victims and said Wu looked very calm after the shooting.

She told CBS Local that Wu was already outside the home when police arrived and confessed immediately.

She said: ‘In her NYPD jacket, which was curious. It was so strange. She was so peaceful and calm.’ 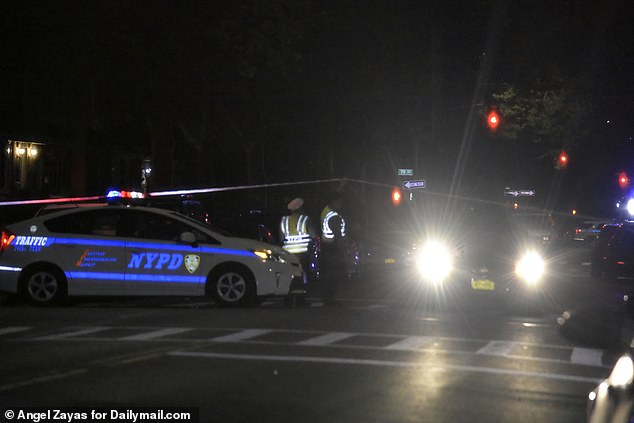 Police are seen outside the Bensonhurst home where Jenny Li lived, and where Yvonne Wu allegedly shot her and her new girlfriend, Jamie Liang 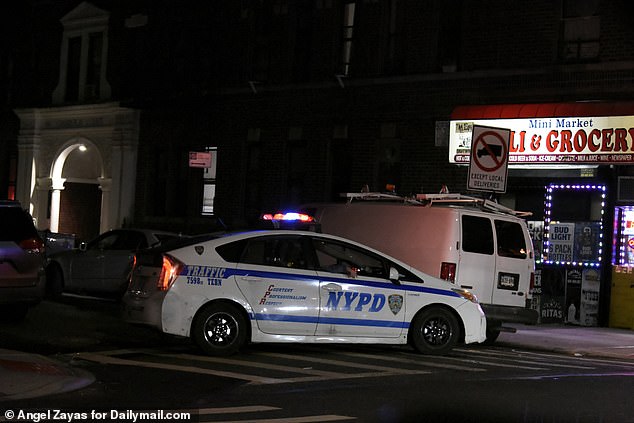 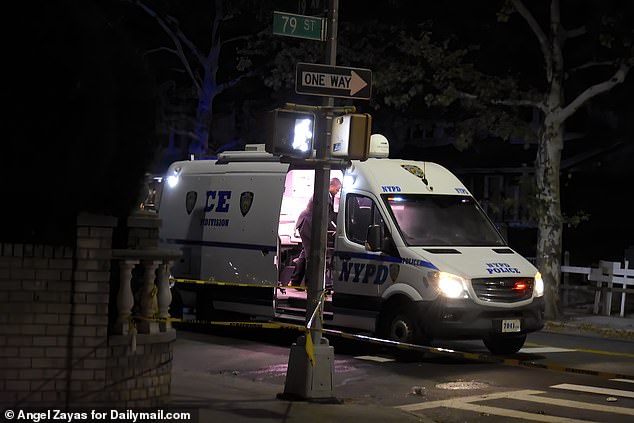 Wu and Li had been together for around two years and broke up about a month ago, according to a friend of Liang’s. Li lived in the Bensonhurst home where she returned on Wednesday evening, to find Wu awaiting her

The alleged shooter had worked on Tuesday night and was due to head back to the office on Wednesday evening.

The New York Daily News reported that Wu on Wednesday was sitting on her ex-girlfriend’s bed waiting for them to return.

Wu’s 23-year-old girlfriend was found in the living room, shot in the torso but is expected to survive.

Liang, 24, was found lying in the bedroom, having been shot in the chest ‘possibly more than once’. She died from her injuries.

When Li called 911, the operator could hear someone in the background saying, ‘That’s what you get,’ sources said. 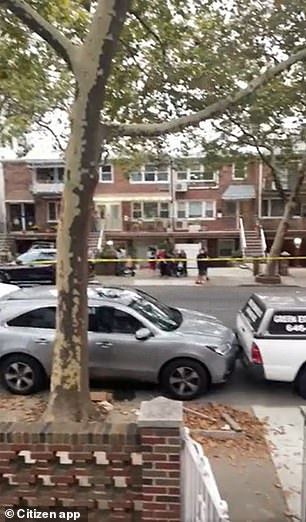 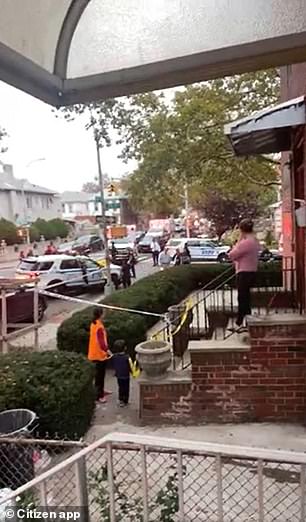 Police and an ambulance are seen on the scene in Bensonhurst, Brooklyn, on Wednesday

Both victims and a third patient – believed to be Wu – were taken to Maimonides Hospital.

The off-duty officer was in custody, Kemper said, and the case is being treated as a homicide.

He said it was unclear whether she used her service weapon, but there was ‘a very good chance it is.’

‘The motive is believed to be domestic in nature,’ said Kemper.

Kemper said that the officer had no known disciplinary problems.