A squatter who refused to move out of a West Village apartment for two years has finally been kicked out after running up $72,000 in rent arrears and terrorizing the woman who rented it to her.

Kate Gladstone, 46, was booted from Heidi Russell’s apartment by a judge Thursday, who said the grifter had made her landlady’s life ‘unbearable.’

She moved in in June 2019 with her daughter and dog. Russell’s mom fell ill shortly after, and she asked Gladstone to move out so she could live with her ailing parent, only for Gladstone to refuse.

The shameless squatter paid just one month’s rent – $2,000 – and claimed hardship to delay a bid to evict her.

She had a further stroke of luck when the COVID pandemic triggered a state moratorium on evictions, making it impossible to evict tenants.

But Russell’s ordeal – which saw her pace the streets to avoid running into Gladstone in her rented apartment – finally came to an end after that rule was lifted earlier this month.

Gladstone says she’ll appeal the ruling – but her chances of moving back into Russell’s apartment appeared to be slim.

She covered her face and refused to comment when confronted and photographed by the New York Post while being booted out.

A judge has decided that Kate Gladstone can finally be evicted from the apartment she was squatting in, moving her daughter in and refusing to move out despite not paying rent 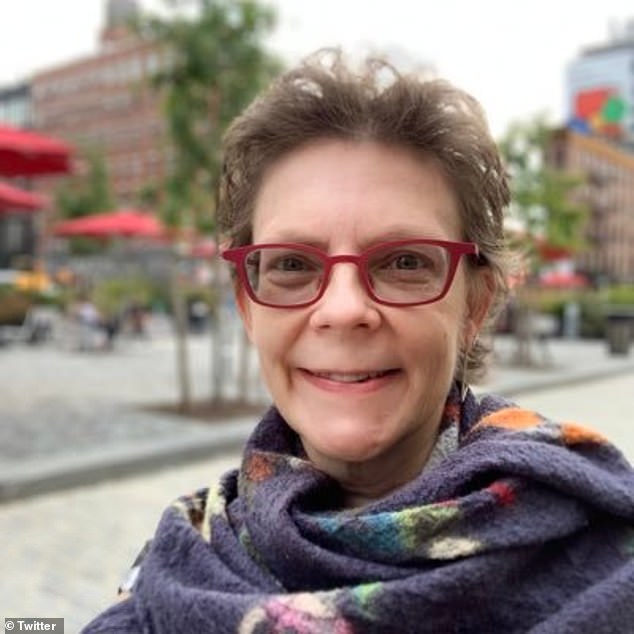 Heidi Russell has been forced to live with Kate Gladstone for over three years, and said Gladstone ‘turned me into a homeless person during the pandemic’

Gladstone ‘flew off the handle, yelling, “No, no, impossible, you’re going to ruin my life. … I’m not leaving,”‘ Russell told the New York Post.

In court papers, Russell claimed that Gladstone’s method of backing up that claim involved moving her daughter into the room she was renting, while she slept in the living room.

The papers also stated that Gladstone threatened to sue Russell and that she moved boxes of her possessions into the living room.

Despite the request from Russell, Gladstone continued to refuse to leave, stopped paying rent and tried to take over the apartment for herself.

But a Housing Court Judge Evon M. Asforis ruled on August 5 that Gladstone must be evicted from the apartment, as she had made life ‘unbearable’ for Russell.

According to court documents from 2019 when Russell first sued Gladstone, the new roommate took over the living room, kitchen and bathroom, removed smoke detectors and wrote strange messages directly on the walls.

‘We’re well over $50,000 in debt, and growing every month, from all of this stuff,’ Russell said last year. ‘We can’t just leave it up to one judge. This is my life, this is our home. It’s like they don’t even care.’ 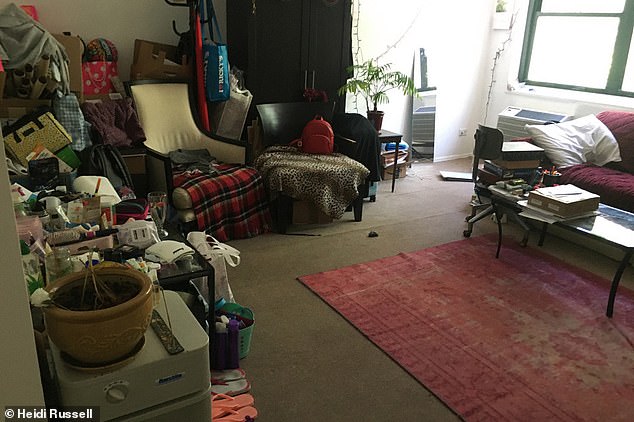 Gladstone would spray Russell with cleaning chemicals and saturate door handles and doors with the liquid, according to the lawsuit Russell filed

Additionally, Russell claimed that Gladstone, a self-described documentary filmmaker, would spray her with cleaning chemicals and saturate door handles and doors with the liquid, according to the lawsuit.

Russell said that she resorted to using the bathroom at friends’ homes or in nearby laundry facilities, while also trying to avoid interacting with Gladstone, and her daughter, by wearing headphones when she returned home.

Another one of Gladstone’s behaviors, according to Russell, was to sit in the dark and then record her when Russell got home.

Russell told the newspaper that Gladstone would steal her food, accost her when she used the bathroom or kitchen and allow her dog to urinate inside the apartment. Russell said Gladstone accused her of scaring her daughter, too.

Russell said that Gladstone was due to be evicted from her home in March, but that coronavirus stopped it from happening, as courts banned evictions during the pandemic.

Consequently, Russell said that she would have to leave her own apartment during the day to avoid Gladstone.

‘She’s turned me into a homeless person during the pandemic,’ Russell told the newspaper. ‘I’m out on the street, with my mask and my old dog in a carriage. It’s just taken over our lives.’ 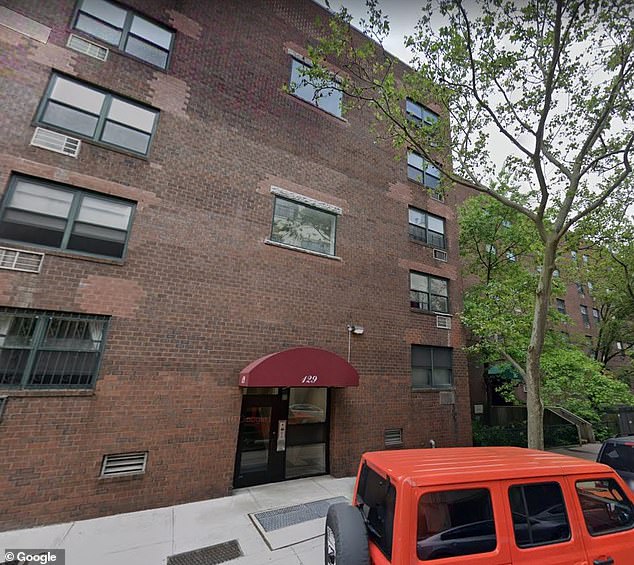 The apartment at 129 Barrow Street was supposed to be a short-term home for Gladstone, but she used the eviction moratorium to continue making Russell’s life ‘unbearable’ 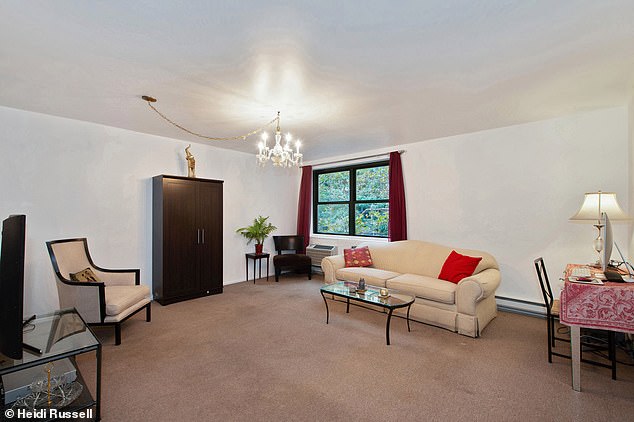 Russell said she was stuck with Gladstone until July, when the woman suddenly left for 17 days.

During that time, Russell said she changed the locks out of fear that Gladstone might’ve shared the keys with someone else. When Gladstone returned and couldn’t get back inside the apartment she was allegedly squatting in, she went to housing court to claim that she’d been illegally locked out.

A judge said that Russell had to allow Gladstone back into her home and that only city marshals could legally remove her.

Gladstone abused the eviction moratorium that was installed during the pandemic, claiming she was facing financial hardship which paused the case for months.

Court records obtained by the newspaper indicate that she has been accused of squatting, harassing landlords and refusing to pay rent, and was arrested twice – once for alleged stalking and a second time for forgery and grand larceny after allegedly stealing an ex’s credit card and using it to pay for hotel rooms.

Matt Titus, an author and matchmaker who rented Gladstone his West Village apartment in 2017, told the newspaper that she is ‘just absolutely one of the most vile, terrible human beings I have ever encountered.’

He claimed that she had squatted in his apartment, along with her daughter, for months, ruining his credit and leaving him with $20,000 in debt.

Prospective landlords have now been warned to be on the lookout for Gladstone, over fears she’ll strike again and make someone else’s life a misery.