Number of children in state care hits 100,000 for the first time amid police fears over violent families and teens getting sucked into crime

The number of children in state care is thought to have passed 100,000 for the first time.

The rise is because of police fears over violent families and teenagers getting sucked into crime, a report said.

It revealed a record 98,756 were living in care across the UK in 2019. And it said this number is likely to have passed the six-figure record during lockdown.

The report, from care industry watchers Laing Buisson, follows a major increase in children taken from families and placed in homes or with foster parents over the past 12 years.

Baby P, pictured, died in 2008 after social workers failed to take the 17-month-old  boy into care and left him with his mother

More began being removed from parents seen as potentially dangerous following the Baby P scandal in 2008, in which the 17-month-old died after social workers failed him by leaving him with his mother.

The new report points to police pressure for more children to be taken into care, with requests up 16 per cent this year.

It added the main reasons why children were removed by social workers included deprivation, poverty and ‘a rise in older children in care proceedings associated with issues of child sexual exploitation, gang violence and radicalisation’.

More than 12,000 are now living in children’s homes rather than with foster parents, the report said.

This figure is nearly 25 per cent up since 2010 because of the growing need to find places for teenagers, especially in southern England.

Laing Buisson said numbers of children in care are expected to have soared following the end of lockdown in June and the re-opening of schools.

The report said: ‘There is a general expectation from councils that referrals are set to bounce back in autumn and winter 2020 as children return to school and the extent to which many families have been – and continued to be – adversely affected by the pandemic come to light.’ 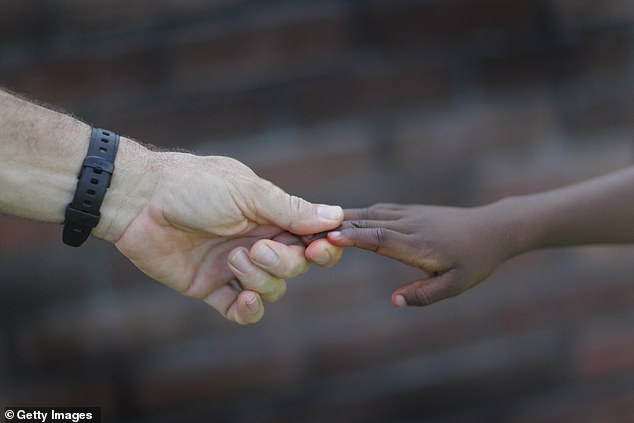 It added this stems from an increased risk to children during the lockdown of ‘exposure to domestic violence and parental substance misuse and reduced contact with support agencies’.

There have been deep concerns for children caught in troubled families amid the pandemic. Many youngsters have lost touch with schools and some social workers have resorted in some cases to interviewing families over Zoom.

Education Secretary Gavin Williamson has appealed for more children in care to be found permanent new homes through adoption.

Children who grow up this way and who do not find new families through adoption are at greater risk of lives characterised by poverty, drugs and crime.