BREAKING: Warriors coach Nathan Brown ‘tells club he WON’T commit to move to New Zealand – leaving chiefs to decide whether to sack the under-fire coach now or at the end of the NRL season’

Nathan Brown has informed New Zealand Warriors that he will not commit to a move to Auckland, leaving the NRL club with a mid-season dilemma.

The Covid-19 pandemic has forced the Warriors to base themselves in Australia, but with restrictions easing the club are preparing to move back across the Tasman for the 2023 season.

However, the impending return has seen some players express their desire to leave the club to remain in Australia – including Euan Aitken, Matt Lodge and Reece Walsh.

And according to The Sydney Morning Herald, Brown has told club chiefs that he does not want to move to New Zealand, either, and now they have a decision to make.

Brown has failed to deliver this season, with his side on the receiving end of a handful of heavy losses. Officials must decide whether to sack him now, or wait until they have found a long term replacement.

The Warriors are due back home in a fortnight’s time to play their first match at home in two years against the Panthers. 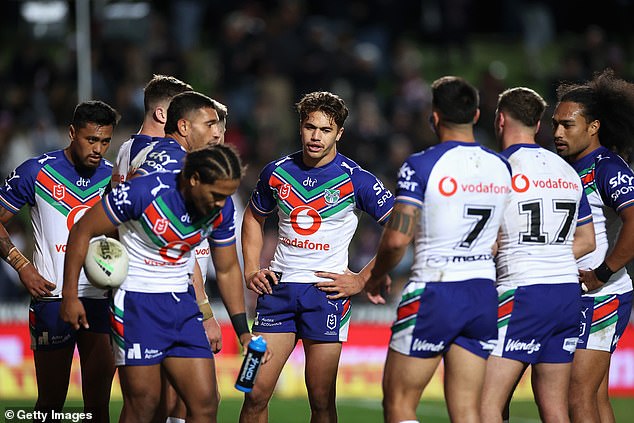 The report adds that Brown will commit to coaching the club for the remainder of his contract, which expires in 2023, meaning he would coach in New Zealand for 12 months before departing.

The Warriors have struggled to find their form this season and sit 14th on the ladder having picked up four wins from 13 games thus far.