Flashing all the flesh! NRL WAGs reveal their cleavage in daring thigh-high slit gowns as they turn out for the Dally Ms in Sydney

There is the age old rule of red carpet dressing, choose to show off either your cleavage or legs.

But the NRL WAGs went all out at the Dally Ms at Royal Randwick Racecourse in Sydney on Wednesday night, flashing the flesh in some very revealing gowns.

The bombshells arrived at the event wearing gowns slit to the thigh.

NRL WAGs reveal their cleavage in daring gowns slit to the thigh as they turn out for the Dally Ms in Sydney. Pictured is Reece Robson of the Cowboys’ partner Ellie Carmichael

Their frocks also showed off plenty of cleavage as they preened and posed on the red carpet.

Ellie Carmichael, who is the partner of Cowboys player Reece Robson, led the pack in a gorgeous green gown.

The 22-year-old accessorised with a clutch purse and pushed her brunette locks back off her shoulders. 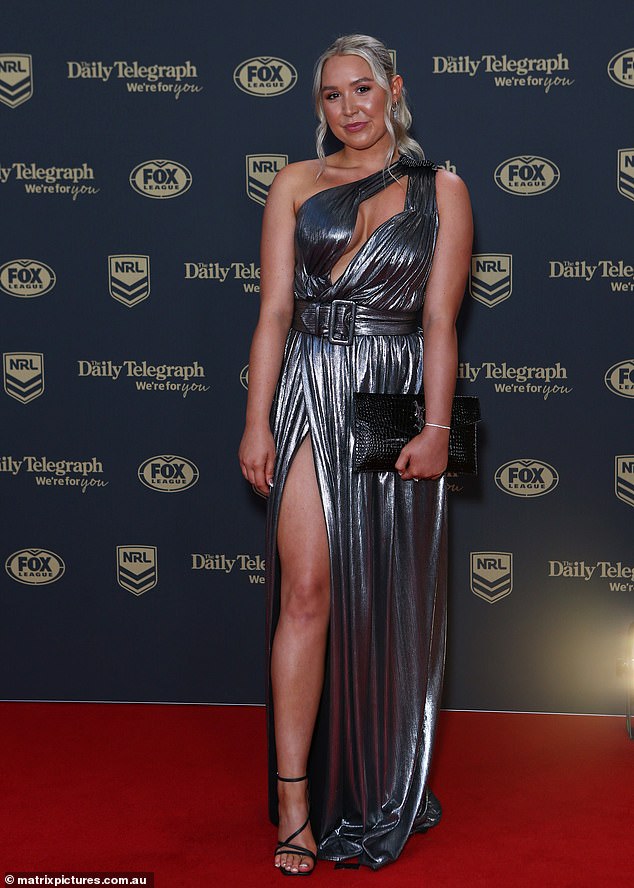 Tom Deardon’s girlfriend Tahlia Church was hard to miss in a metallic silver gown with a chunky ’80s belt around the waist.

However, it was Scott Drinkwater’s lady love Oshah Rose who stole the show in a ruffled pearl satin gown.

The glamazon stood out with a bright red lip and accessorised with a sparkly silver clutch. 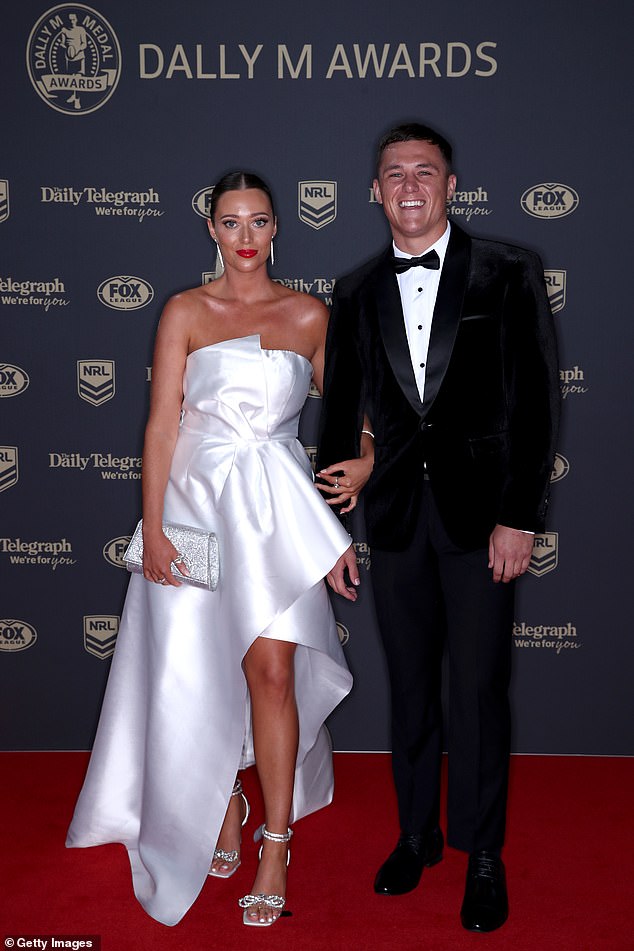 Penrith’s decision to rest Dylan Edwards for their final game of the regular season could cost the workaholic fullback when the Dally M Medal for best NRL player of 2022 is named.

Edwards has been in electrifying form all season and stepped up when the Panthers were missing key players such as Nathan Cleary and Jarome Luai through injury and State of Origin commitments.

But he and Panthers co-captain Isaah Yeo – another strong contender – were both given a week off prior to the finals series and their lack of votes in round 25 could propel the likes of Nicho Hynes and Ben Hunt up the final table of votes. 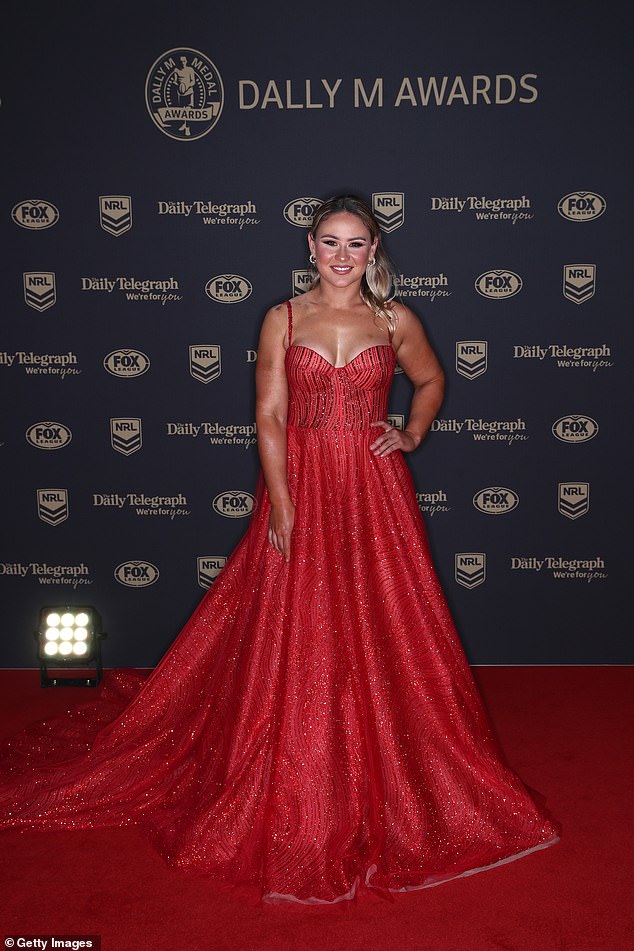 “Dyl has those leadership qualities and he leads with action,” Cleary told AAP.

“This year he has been amazing and everyone wants to be alongside him in the trenches.”

The Dally M would cap the start of a big week for Edwards, who will play in the grand final against Parramatta on Sunday aiming to secure back-to-back titles with Ivan Cleary’s side. 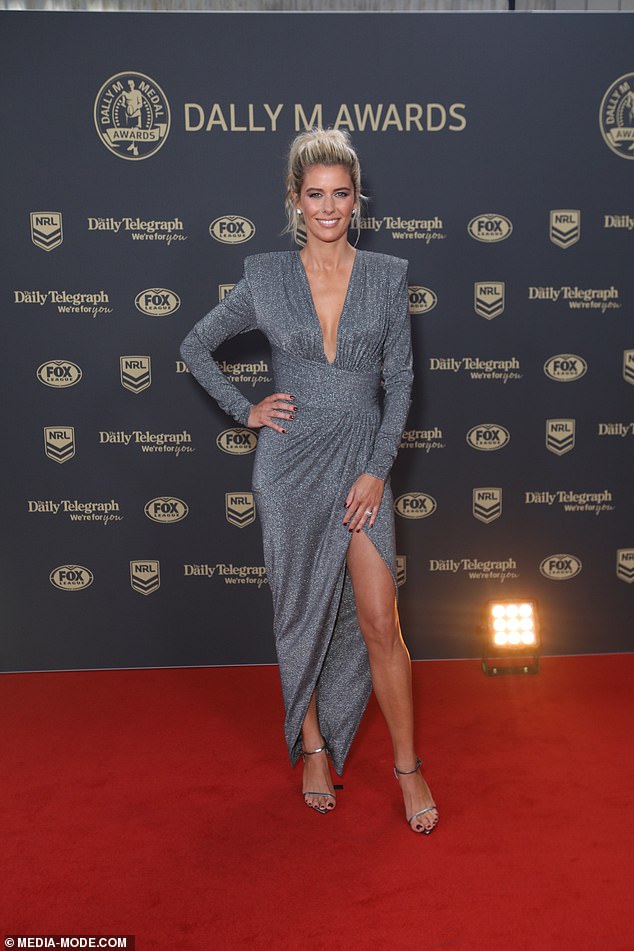 The 26-year-old has never claimed the award and forms part of a strong field of contenders for Wednesday night’s awards ceremony at Randwick Racecourse.

Cronulla halfback Hynes could become the first player to take out the game’s most-coveted individual prize in his first season at a new club since Todd Carney (Sydney Roosters, 2010).

Hynes has been a star of Cronulla’s resurgence this season, guiding them to a second-place finish. 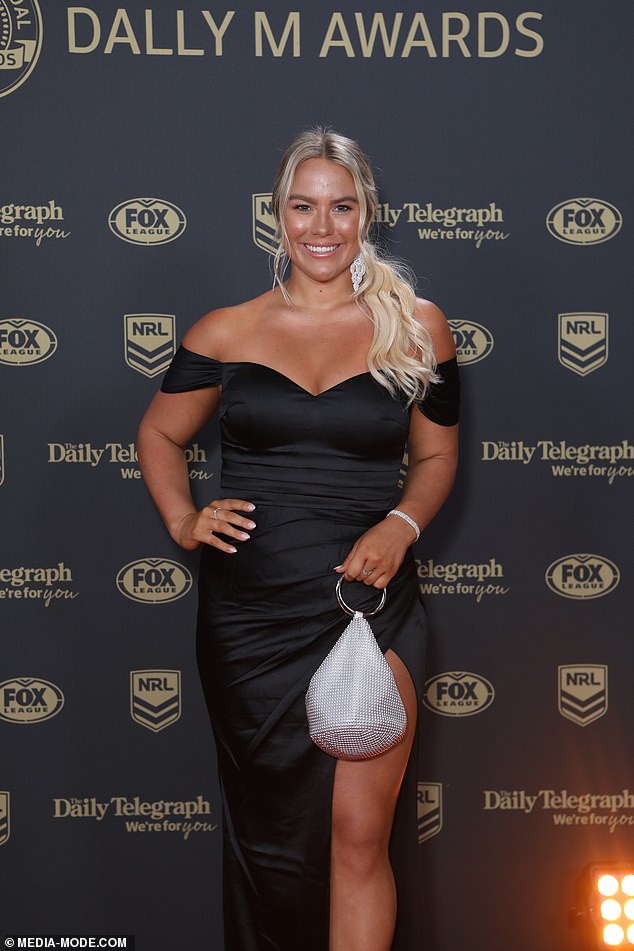 The Sharks playmaker, who could become the first Cronulla player since Preston Campbell (2001) to collect the prize, trailed St George Illawarra halfback Hunt by three votes before voting went behind closed doors after round 12.

Hunt has had one of his best seasons at NRL level but the Dragons’ late-season slump may cost him a chance of taking out the top prize.

In the battle for coach of the year, Ivan Cleary (Penrith) is expected to face tough opposition from Cronulla rookie coach Craig Fitzgibbon and North Queensland mentor Todd Payten.