Former NRL star Owen Craigie hit rock bottom when he retired from rugby league at just 26, putting $2million through poker machines amidst a marriage breakdown and battle with mental health – until a call with Matthew Johns turned his life around.

Craigie made his first-grade debut with Newcastle at 17 when he was still in high school.

In 1997 Craigie played in the centres for the Knights, scoring 12 tries in their premiership-winning season alongside Matthew and his Immortal brother Andrew.

The 153-game utility went on to play two more seasons at the club, before moving to the Tigers and Rabbitohs with a short Super League stint in 2005 before he called it quits on his career.

Craigie said his life spiraled out of control when he began to spend increasing amounts of money betting on horses and poker machines, and drinking alcohol.

‘I lived every kid’s dream. I was a teenage boy buying houses and cars and winning premierships in the NRL,’ Craigie told 7 News.

‘Once I got onto the pokies and the horses, it took its toll on me. I was in full-mode addiction.’

The 44-year-old was admitted to a rehabilitation centre in 2010 to combat his addiction and suicidal thoughts. He recovered and became a gambling counsellor in following years. 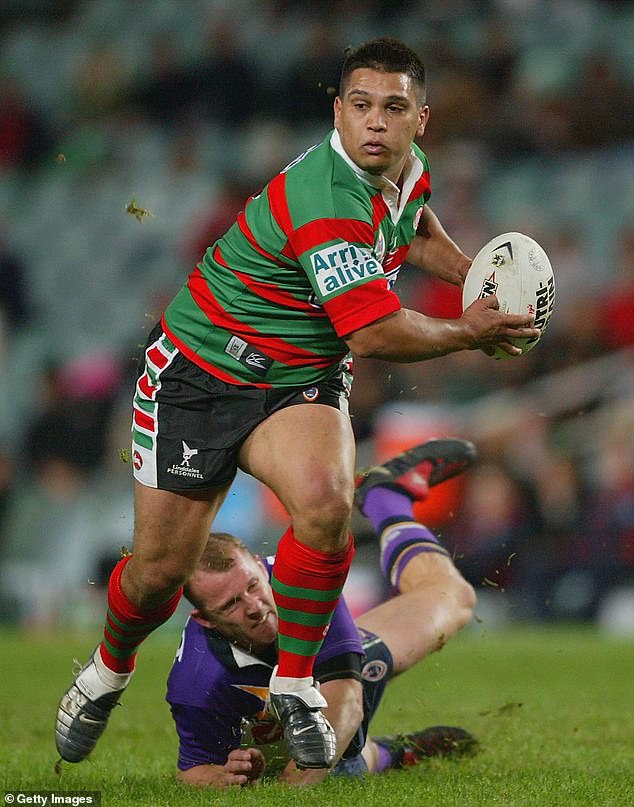 Craigie moved to the South Sydney Rabbitohs in 2002, playing 54 games for the club before going abroad in 2005 to the superleague

However, the sudden passing of his 31-year-old sister led Craigie down a bad path, leading him to call former Knights teammate Johns in 2020 because he thought his life was over.

‘I just rang Matty and said, “Matty, I’m at the bottom of the barrel, I can’t do this no more, man, there’s no more me, I’m tapping out”. But obviously, I was crying and in a bad way,’ Craigie revealed.

Later that day Craigie was contacted by the Men of League foundation and admitted to a psychiatric ward in a rehabilitation clinic, where he got a new perspective on life.

‘They have been there for me, and Matty – especially Matty – he took my call, you know, and thank god he took that call.’ 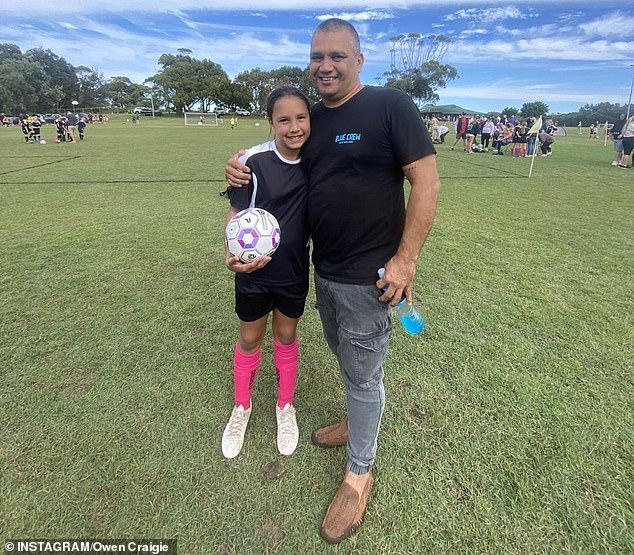 Craigie has also opened a gym in Mayfield, Newcastle, and says that it’s the little things in life that make him happy for the person he is today.