The wild video footy WAG does NOT want you to see: Anthony Milford’s partner wants drunken footage kept secret as she makes impassioned plea to court

By Tita Smith and Andrew Prentice For Daily Mail Australia

The NRL player, 27, pleaded guilty to public nuisance and wilful damage on April 11 after breaking a car window in Brisbane’s party hot-spot, the Fortitude Valley, by throwing a wheelie bin.

The incident last September, which also saw the Milford charged with three assault charges that were later dropped, took place after he and Ms Fa’i had an argument which resulted in bystanders intervening.

An application by media companies to gain access to CCTV footage of the incident was denied on Tuesday by the Queensland’s chief magistrate after the couple requested it be withheld.

The companies had argued the footage was in the public interest and access to a copy was vital to produce fair and accurate accounts of the proceedings. 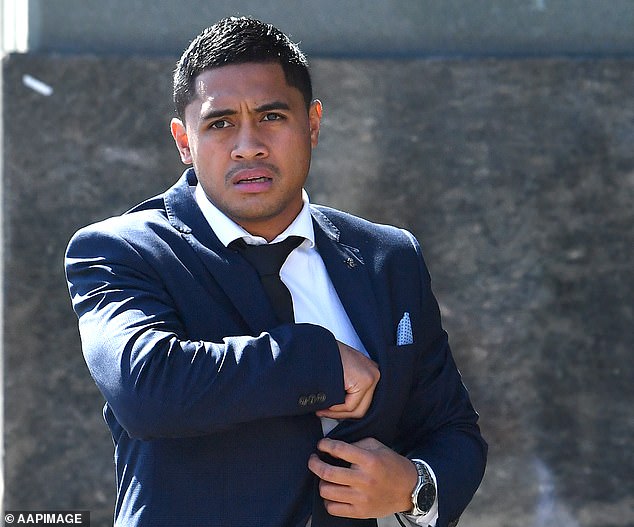 Ms Fa’i implored the judge to keep it concealed although there was no wrongdoing on her part, saying its release would be detrimental to her mental health.

‘The CCTV … depicts me in an intoxicated and distressed state and it is not something I would like the public domain, for my friends and family to see,’ she said in an in an affidavit.

‘Myself, Anthony and our family are in the process of moving to Newcastle and I am concerned about the impact the CCTV footage would have on my ability, and our family’s ability to settle into this new environment.;’

Ms Fa’i said she feared the incident would tarnish her just as the couple was looking for a fresh start with a new club in a new city.

‘I do not want to be constantly wondering if members of the public are looking at me and worried if they recognise me from the CCTV footage.’

Ms Fa’i said she and Milford, who share two daughters, are expecting their third child and were working to move on from the incident. 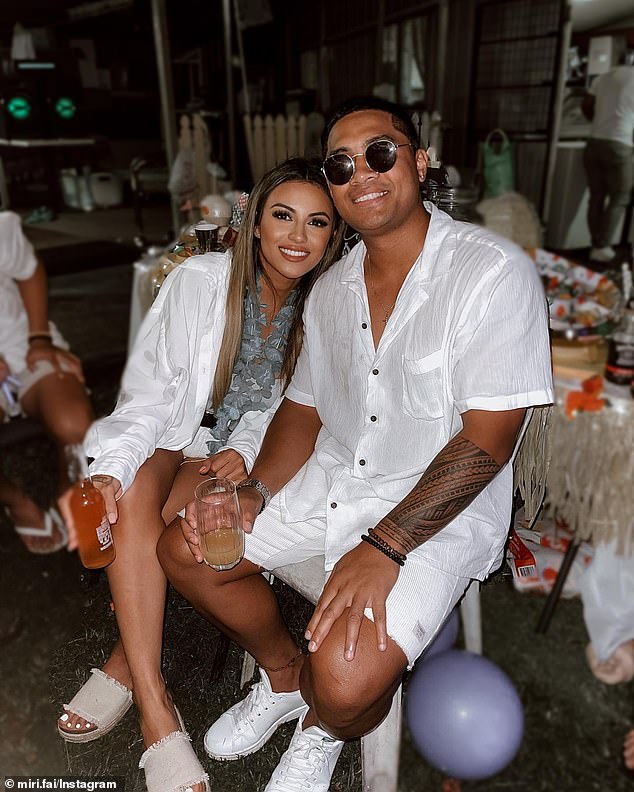 Chief Magistrate Terry Gardiner granted the couple’s request, saying he did not believe the public interest outweighed the ‘unjustified distress’ that would ensue from releasing the tape.

Milford was sentenced to a two-year good behaviour bond with no conviction recorded over the incident.

The one-time $1million man at the Brisbane Broncos had signed with South Sydney for season 2022 but delays in lodging his contract and then his arrest lead to the NRL refusing to register him as an official player.

The Newcastle Knights have signed him for the remainder of 2022 and he expected to be available for selection in round 11.

He is then tipped to join new NRL franchise the Dolphins under super coach Wayne Bennett next season. 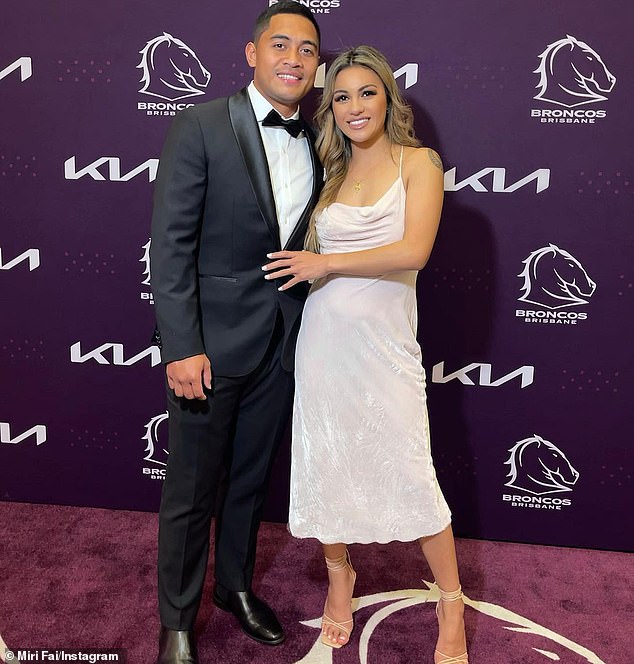 Three assault charges were dropped in a Brisbane court this month following an incident in party hot-spot Fortitude Valley. Milford pleaded guilty to one count of public nuisance and one count of wilful damage (pictured, with his partner Miri Fa’i)

‘(I) never wanted to speak on it but today it was weighing heavy on me,’ Fai wrote on Instagram alongside a photo of Milford.

‘7 long months not being able to train or play with a club due to allegations against him. Those lies were spread across all social media platforms and ruined his reputation.

‘It’s deeper than rugby (league). It’s deeper than the money he earns. It’s his mental health, family, and everything he’s work hard for all on the line because of lies.’