Wally Lewis seemed almost invincible on a footy field, but the former Queensland great has opened up on his dying wishes, confronting his own mortality and the shock split from wife Jacqui in February, 2021.

‘The King’ is one of the greatest players to pull on a Maroons jumper, and he revealed he would like to be buried in the iconic jersey and have a rugby league-themed funeral.

The 62-year-old has become an ambassador for a prepaid funeral service called Guardian Plan; but despite a very public health battle with brain surgery, he said he’s not done living his best life just yet.

‘I’ve got no plans of carking it any time soon but I had to get serious. It will happen some day,’ he told the Sunday Mail.

Lewis had brain surgery in 2007 to cure his epilepsy, that had caused him to suffer several seizures post-retirement. 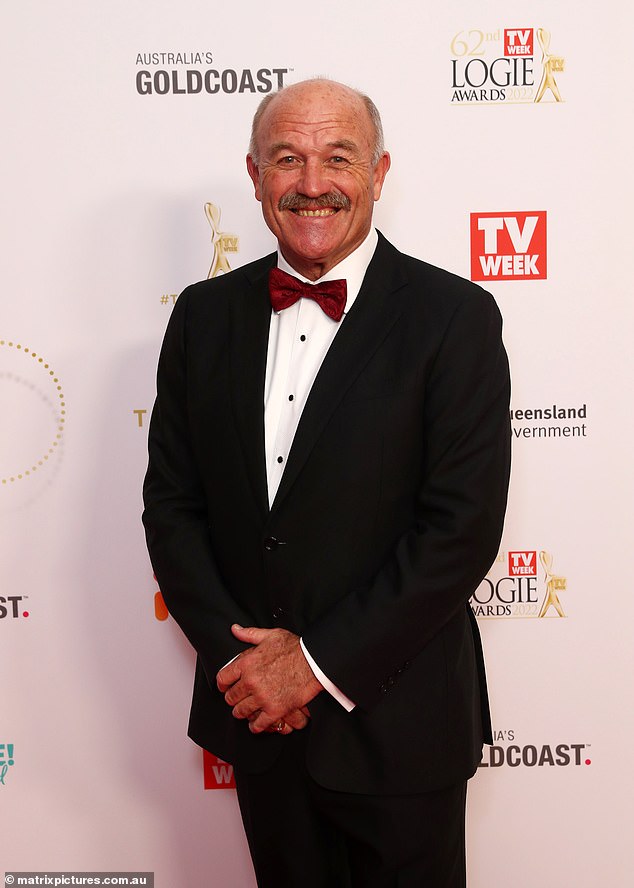 While it was successful, the fact his 91-year-old father is in ailing health and Lewis has to appear at funerals more frequently, was enough to realise he had to confront his own mortality.

‘There was an occasion where I went around to my parents’ house and I thought Dad was dead. I felt for a pulse and it was ultralight. It was just there and he went into hospital,’ he said.

‘The discussion for me started immediately after that. I thought maybe I should start planning this; it’s a situation every family will go through at some point.’ 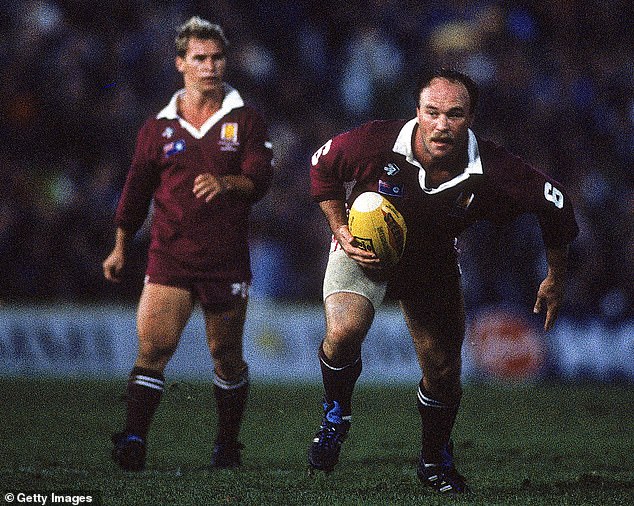 Obviously the entire rugby league world will be hoping Lewis’ funeral isn’t anytime soon, it certainly will be a relaxed, Origin-centric affair.

He cheekily admits that ‘those who turn up in NSW jerseys can expect to be abused.’

‘I’d love to be buried in one of my jerseys. If I was wearing a Queensland one and buried in Brisbane, I would be resting very comfortably for a long time,’ Lewis said.

‘I can’t see having everyone standing around in suits (at my funeral). The guys I know from footy and my days at Nobby’s Surf Life Saving Club don’t like wearing suits.’ 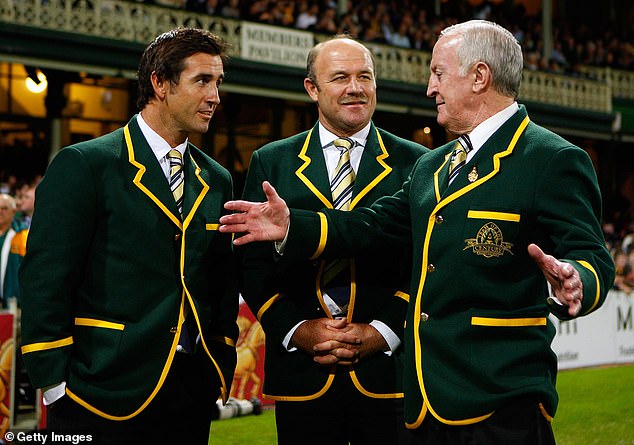 ‘The King’s’ feats in the Origin arena are legendary.

He played 31 games for Queensland, primarily at five-eighth, and was named as the man of the match on eight occasions – but the amount of matches he won for his state on his own back are hard to count.

A dominant force in Queensland club football, Lewis also played 34 tests for Australia, is one of 13 Immortals and was named at five-eighth in the ARL’s ‘Team of the Century’. 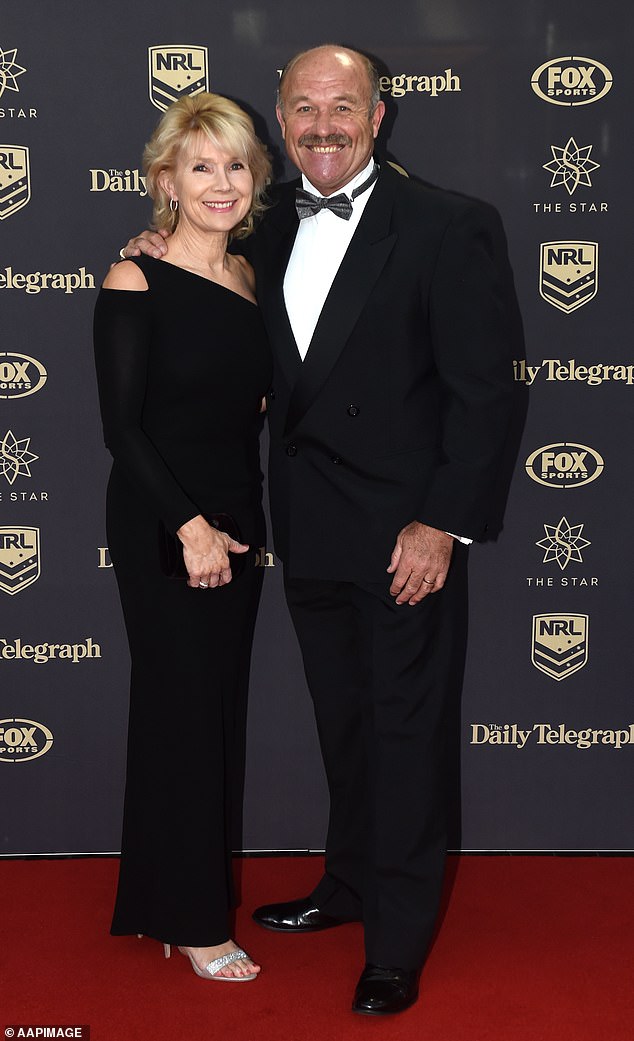 It’s a resume almost without peer, but there have certainly been some dark times for Lewis, namely his shock separation from his wife of 36 years, Jacqui.

Lewis shocked the sporting world when announcing in February 2021 that he had split from Jacqui, with whom he has three children: Mitchell (radio presenter), Jamie-Lee (rugby league player) and Lincoln (prominent actor).

It then emerged he was seeing Townsville woman Lynda Adams, causing a deep rift between him and his three children, who now barely acknowledge him. 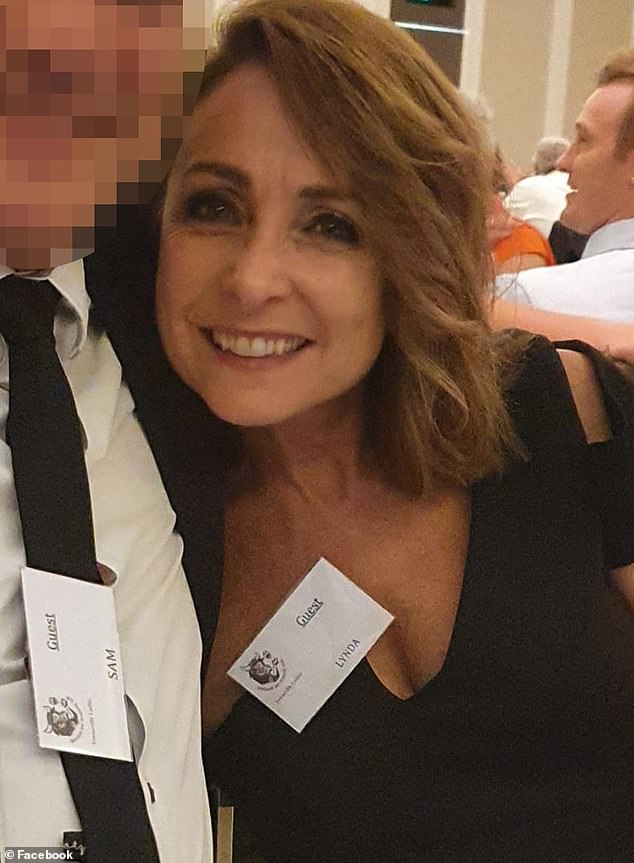 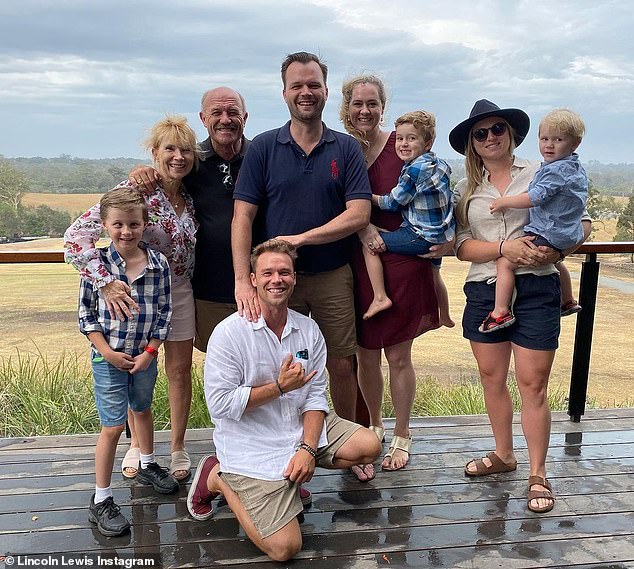 Wally Lewis and wife Jacqui in happier times with their children Lincoln, Mitchell and Jamie-Lee as well as the couple’s grandchildren

‘It’s been very uncomfortable,’ Lewis said of the split.

‘The separation took part and it’s been a difficult period. I’ve spoken to people who have been in similar situations who have said it’s never going to be comfortable.’

Lincoln in particular, who is very close with his mother Jacqui, has been honest about how hard the split had been on the family. 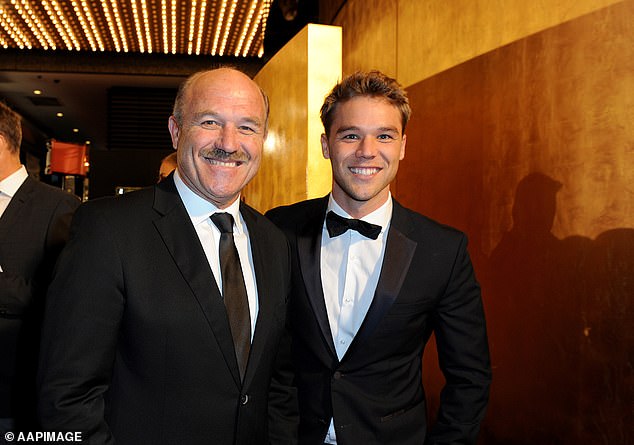 ‘It’s been hard on everyone obviously, and anyone who goes through stuff… it’s obviously going to be hard,’ he told The Anj, Rob and Robbo Show last year.

‘We’ve all banded together, we’re a tight family unit. She’s got some amazing friends around her. That’s the thing that gets anyone through (difficult times).’ 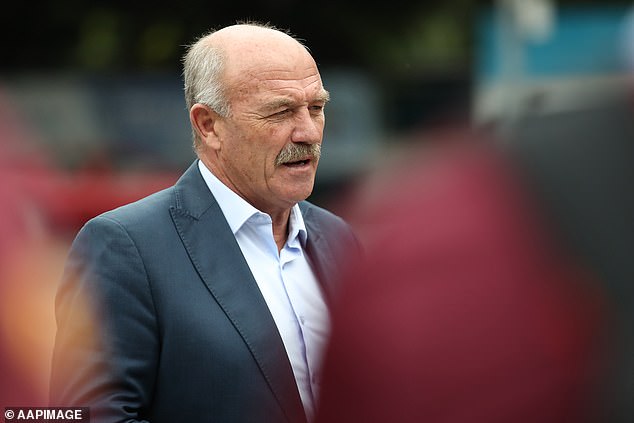 The five songs Wally Lewis wants played at his funeral

– According to the Sunday Mail

His health battle in 2007 was also a difficult period for the Queensland legend, with the brain surgery giving him a valuable reminder of the fragility of life.

‘When you are a footy player, you think you’re 10-foot tall and bulletproof – that wasn’t the case,’ he said.

‘I got a scare with the epilepsy and brain surgery. It was a wake-up call I was given and there was a suggestion I should get things in order for my passing.’

It has been a tough few years for rugby league icons passing away.

There wasn’t a dry eye in the house when Immortal Norm Provan died in October, 2021, and it was also a shock for many when the great Bob Fulton passed away from cancer.