Now teachers at race row school threaten to go on STRIKE: Pimlico Academy staff say they will walk out next term over ‘overwhelming’ workloads and safeguarding issues

Teachers at the troubled Pimlico Academy are set to go on strike after half term if a series of demands are not met following a race row at the school.

Staff say they will walk out if the crisis-hit school refuses to address management problems and concerns over an unsafe working environment.

They want an independent investigation into safeguarding issues, an apology over how the school has been run throughout the last year and a pledge to review the ‘overwhelming’ workload teachers have been put under.

It comes after the school’s Principal Daniel Smith quit less than a year into the job after being accused of racism and discrimination.

Disciplinarian’ Mr Smith introduced a ‘back to basics’ uniform policy after starting at the school in September 2020.

This included banning hairstyles that ‘block people’s view’ and hijabs that are ‘too colourful’.

Critics claimed this was discriminatory against Muslims and people with Afro hairstyles at the school – where three quarters of children are from ethnic minorities – and a mass protest was staged by pupils and staff on March 31. 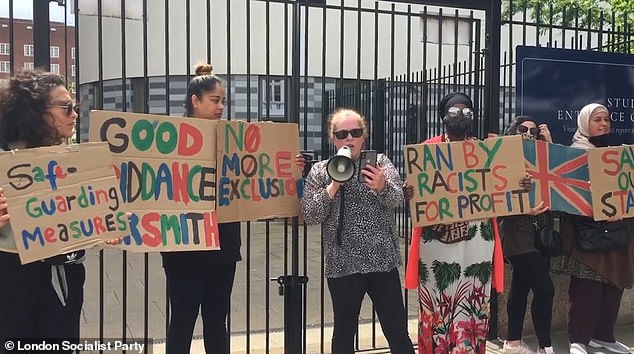 The outcry had also extended to include other policies claimed to be ‘discriminatory’, including changes to the history curriculum to make it more chronological, which protesters said emphasised white kings and queens over BAME figures.

Hundreds of pupils staged a protest outside the school’s gates in March claiming the school’s policy was racist and discriminated against pupils from a minority background, who make up three quarters of the school.

Despite yielding to some of the complaints – including around uniforms and taking down a Union flag from the school building – staff at the academy delivered a vote of no confidence in Mr Smith. 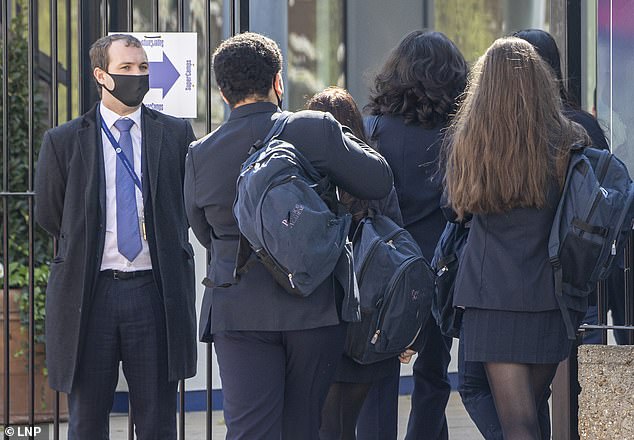 Today half-a- dozen concerned parents gathered outside the school to protest ahead of the potential teacher strikes in two weeks’ time after half-term.

Signs read ‘Good riddance Mr Smith’, ‘Our school our voice’, and ‘Ran by racists for profit’.

‘It’ll be one day for the first week, two days for the second week, et cetera.

‘They’re looking for an apology. This whole year has been complete chaos. They’re also looking for an independent investigation into the safeguarding aspect.

‘The principal is gone, but they don’t feel like much will change. It’s a bigger problem than that. There’s also workload issues as well which impacts the kids.

Angry parents say they want Lord and Lady Nash, of the Future Academies Trust, which runs Pimlico Academy, to be held accountable for some of the issues amid fears the same problems will persist. 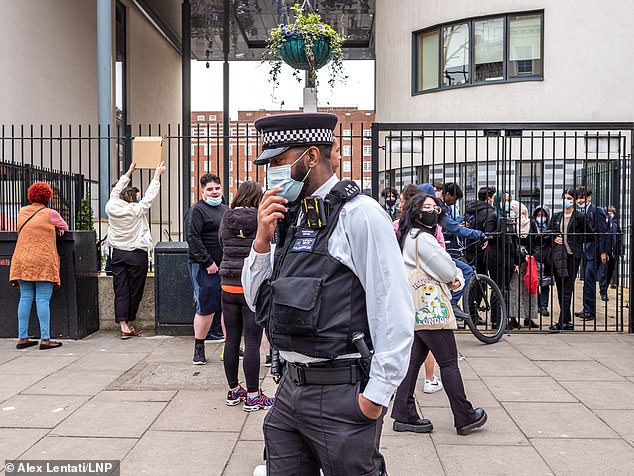 Parents and pupils staged a protest outside the school’s gates in March claiming the school’s policy was racist and discriminated against pupils from a minority background, who make up three quarters of the school

In a statement, the Parent Pimlico group, said: ‘We want proper engagement from the school and wish to elect two-parent governors to ensure our voices are heard by the principal.

‘As parents, we still want answers as to why the school has put us and our children through so much trauma.’

One mum, who gave her name only as Shaima, 38, who has a 13-year-old daughter in the school, said: ‘The school has not recognised or engaged with the Pimlico parent group.

‘We want engagement from the school and want to work with the school to ensure an inclusive environment.

‘Furthermore we want Lord and Lady Nash to be held accountable for allowing our children to have gone through such a difficult time under a pandemic.’