Polarising US tennis star Tennys Sandgren and the Serbian president have condemned Australia surrounding its ‘treatment’ of Novak Djokovic – who had his visa to enter the country sensationally cancelled on Thursday.

Serbian superstar Djokovic, 34, was initially granted a medical exemption from two panels to play at the Australian Open from January 17, sparking a furious reaction from countless fans and sports commentators.

After arriving in Melbourne from Dubai around 11.30pm (AEST) on Wednesday night, the world number one was detained by border officials – and then had his visa cancelled.

Djokovic plans to appeal the decision in court – and has the backing of Serbian president Aleksandar Vučić.

The Serbian leader offered his unconditional support for Djokovic, saying his government will take ‘all measures to stop the harassment’ of the tennis superstar. 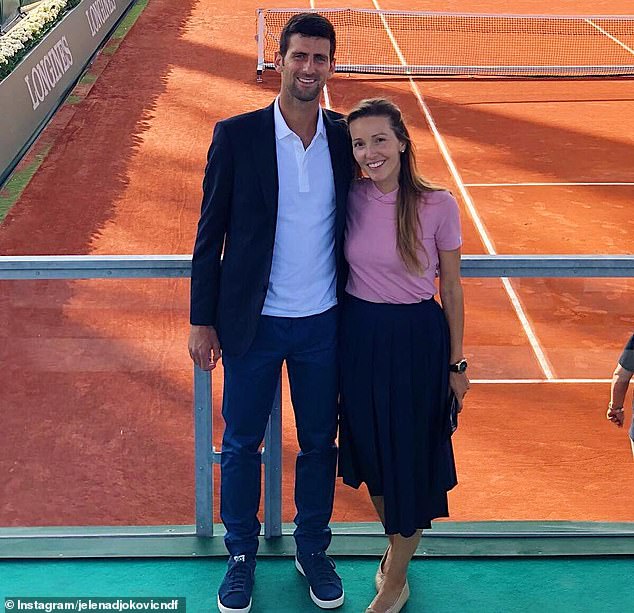 Serbian superstar Djokovic, 34, was initially granted a medical exemption from two panels to play at the Australian Open from January 17, sparking a furious reaction from countless fans and sports commentators (pictured, with wife Jelena)

The ongoing furore over Djokovic’s vaccine exemption has quickly developed into a diplomatic stoush.

President Vučić took to Instagram, saying Serbia would ‘fight for Novak’ in accordance with all the ‘norms of international public law’.

‘Just got off the phone with Novak Djokovic… I told our Novak that the whole Serbia is with him, and that our authorities are taking all measures to stop the harassment of the best tennis player in the world in the shortest possible period,’ he wrote.

His enraged father Srdan told Serbian media his son was being ‘kept captive’ at Melbourne Airport, prompting world No. 96 Sandgren, who is also unvaccinated, to publicly back the 20-time grand slam winner.

On Wednesday, Sandgren tweeted he hopes Djokovic ‘wins the whole thing’ ahead of the grand slam at Melbourne Park from January 17.

He also accused Australian politicians of being instrumental in denying Djokovic’s visa.

‘Just to be crystal clear here 2 (sic) separate medical boards approved his exemption. And politicians are stopping it,’ Sandgren wrote.

The US star has skipped the Australian Open this year after failing to meet the criteria for players due to his unvaccinated status.

He will now be deported back to Serbia unless he successfully fights the decision in court.

The world No.1 was detained at Melbourne Airport overnight in a guarded room and grilled by border officials until 5am after landing in Australia about 11pm. 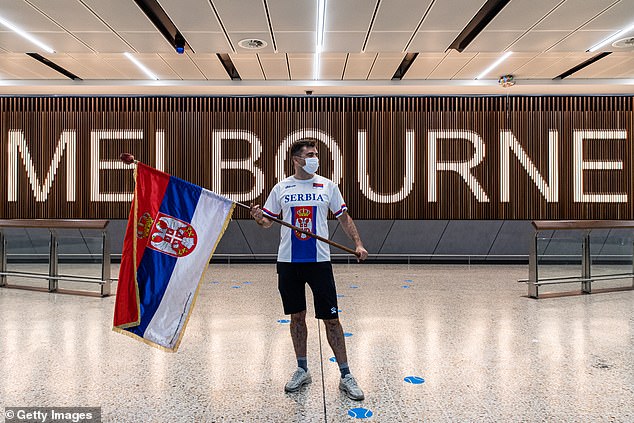 Djokovic’s team is understood to have applied for a type of visa that does not allow medical exemptions for the unvaccinated, and there are believed to be issues with the controversial exemption itself.

He is believed to have been issued an exemption on the grounds that he was infected with coronavirus in the past six months.

However, though this may satisfy his entry into the tournament and Victoria, the federal government controls the international border.

And on Thursday morning, he tweeted Djokovic’s visa has been cancelled.

‘Rules are rules, especially when it comes to our borders. No one is above these rules,’ the PM said.

‘Our strong border policies have been critical to Australia having one of the lowest death rates in the world from Covid, we are continuing to be vigilant.’

On Wednesday, Morrison stated the tennis star ‘will be treated no different to anyone else’ and he’ll be on the next plane home’ if he failed to meet the visa requirements. 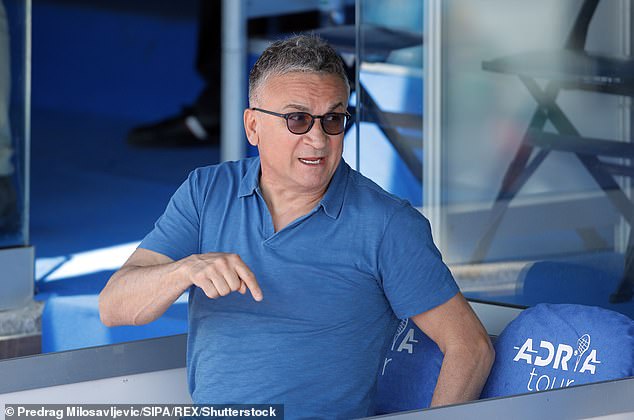 ‘If he’s got a reason for (the exemption) then… we should know it,’ the 11-time grand slam winner told News Corp.

‘Yes, you’re a great player and you’ve performed and won so many tournaments, so, it can’t be physical. So what is the problem?’

Currently, everyone entering Australia – even its own citizens – must be fully-vaccinated against Covid or face two weeks in hotel quarantine.

‘My view is that any individual seeking to enter Australia must comply with our border requirements,’ Mr Morrison stated on Wednesday afternoon.

‘Now Novak Djokovic, when he arrives in Australia, he has to if he’s not vaccinated, must provide acceptable proof that he cannot be vaccinated for medical reasons to be able to access the same travel arrangements as fully-vaccinated travellers.

‘So we await his presentation and what evidence he provides us to support that.

‘If that evidence is insufficient, then he will be treated no different to anyone else and he’ll be on the next plane home.

‘There should be no special rules for Novak Djokovic at all. None whatsoever.’ 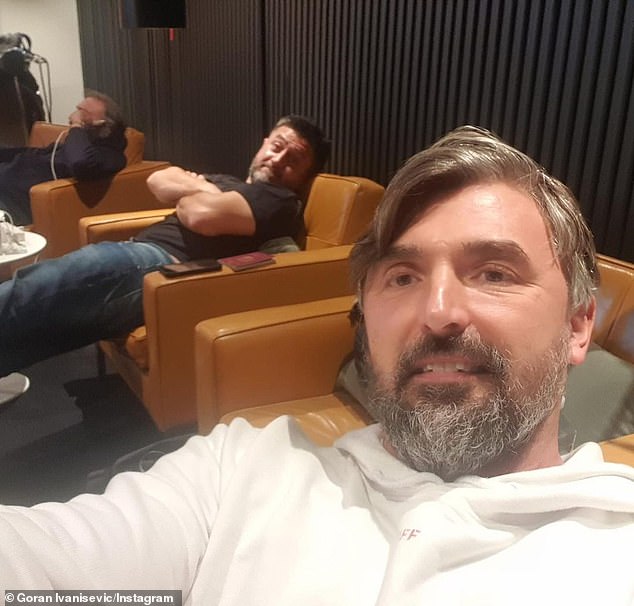 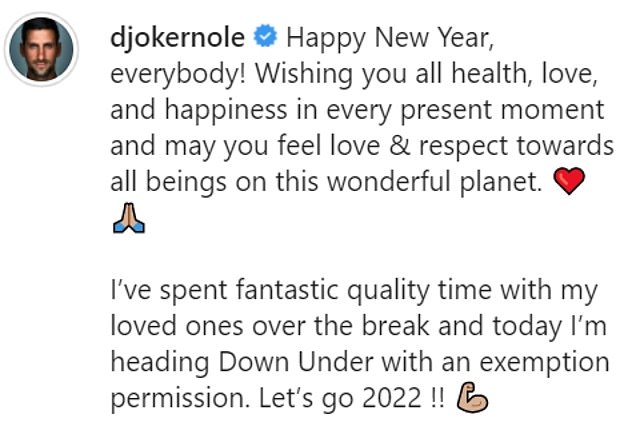 Former Australian tennis star Sam Groth, who’s currently recovering from Covid-19, described Djokovic’s ‘brazen’ exemption as a decision that ‘spits in the face of every Victorian and Australian’ in a strongly-worded column for News Corp.

‘Just look at the s*** storm he’s created. It’s disrespectful to everyone that has endured the hell of the last two years.

‘He was here last year lifting the trophy and paying tribute to what Victorians in particular had endured. He played in empty stadiums during the snap lockdown. His announcement on Tuesday was tone deaf. He should know better.’

Groth also accused Djokovic of hiding behind an exemption without explanation.

‘I still think Djokovic is one of the greatest ever but with greatness comes expectation and he fails every time. He is failing his peers and laughing in the face of Victorians,’ he wrote.

‘Maybe he will come and do a press conference and tell us what we want to know, but based on his track record, I’m not holding my breath.’ 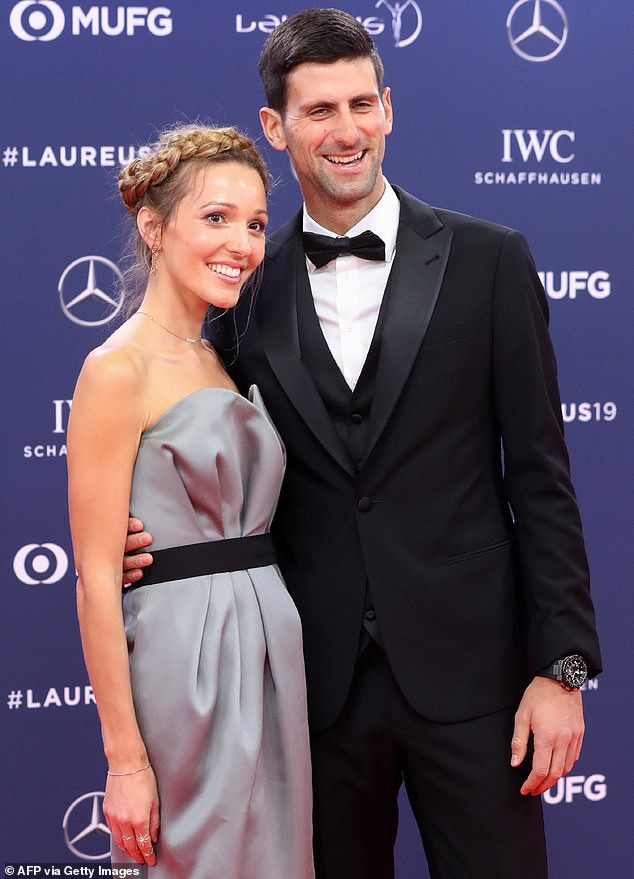 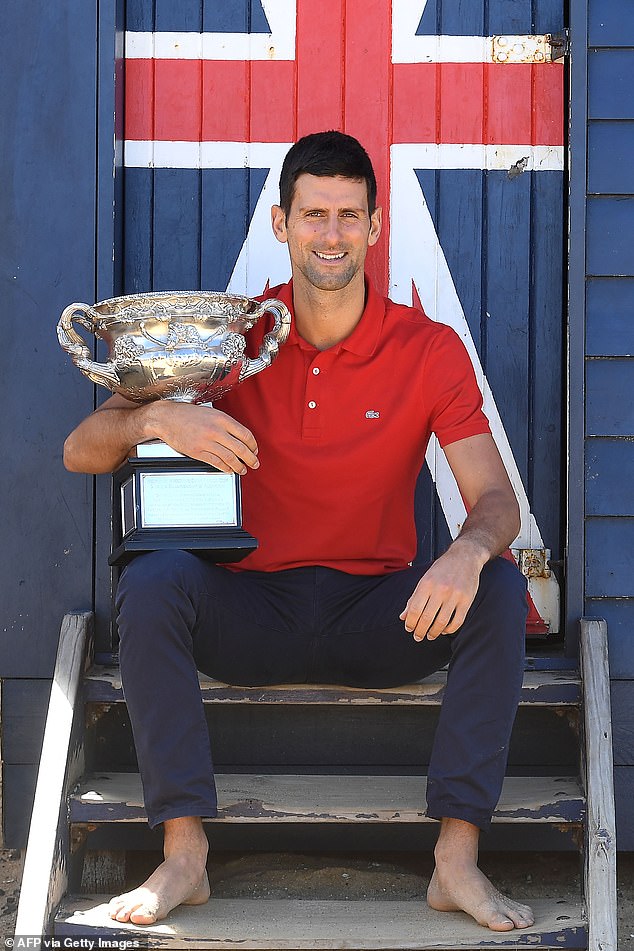 Djokovic, a Australian Open nine-time champion has refused to reveal his vaccination status, declaring it a private matter – and has previously voiced his displeasure against ‘forced’ jabs.

‘I wouldn’t want to be forced by someone to take a vaccine in order to be able to travel,’ he told fans in a live Facebook chat last April.

Djokovic will surpass Roger Federer and Rafael Nadal as the best men’s player in the sport’s history if he wins his tenth Australian Open title on January 30, taking his tally of Grand Slam titles to 21.

While many players weren’t willing to weigh in on the saga, there were some rivals who pledged support for Djokovic.

‘I know we’re big on vaccination in Australia (but) I think it should be the choice of the person whether they want to get the vaccination,’ Australian tennis star Jordan Thompson said.

‘I can see why people are upset but it’s a difficult one. Honestly, I don’t really give a s***.