Novak Djokovic’s team have shared a bizarre photo from inside Melbourne Airport where the tennis star is being held under police guard due to a problem with his visa.

Djokovic was kept in a room by himself without his entourage or phone overnight after touching down to defend his Australian Open title.

His coach Goran Ivanisevic shared a snap of him with members of the athlete’s entourage including physiotherapist Ulises Badio early on Thursday morning sitting in the airport smiling.

‘Not the most usual trip Down Under,’ Ivanisevic wrote along with emojis of faces looking confused.

Meanwhile, Djokovic’s coach Goran Ivanisevic (pictured with physiotherapist Ulises Badio) has taken to social media to give fans a small insight into the team’s predicament

Djokovic’s father Srdjan Djokovic earlier issued an urgent statement to the Australian government, asking them to free his son.

‘If they don’t let him go in half an hour, we will gather on the street, this is a fight for everybody.’

His father told a Serbian radio station his superstar son was being kept isolated in a room without access to his support staff or a mobile phone.

‘In front of the room are two policemen,’ he told the B92 internet portal.

The extraordinary, escalating soap opera surrounding the world’s best men’s player took a new turn on Wednesday night when he flew straight into a political storm and a visa controversy on arrival into Tullamarine Airport on a 14-hour flight from Dubai. 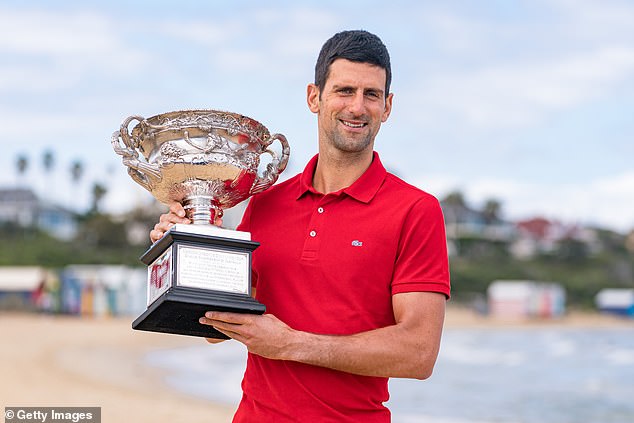 Djokovic had earlier told his fans he’d been granted an exemption to travel for the Australian Open where all players are required to be double vaccinated. Djokovic has not disclosed his vaccination status.

It’s understood the tennis champ had tried to enter Australia on a visa that doesn’t allow medical exemptions for the unvaccinated, with Djokovic being grilled by border force officials for hours.

The world number one touched down on a Emirates flight from Dubai around 11.30pm Wednesday night AEST and as of 4am the Serbian still hadn’t got through passport control.

To add to the chaos, there are now doubts whether his exemption – believed to be related to a previous Covid infection in the past six months – is even valid under federal guidelines, which dictates who is allowed across Australia’s border.

One tennis fan arrived at the airport early on Thursday with a Serbian flag and matching t-shirt to send support to the superstar player as he awaits his fate. 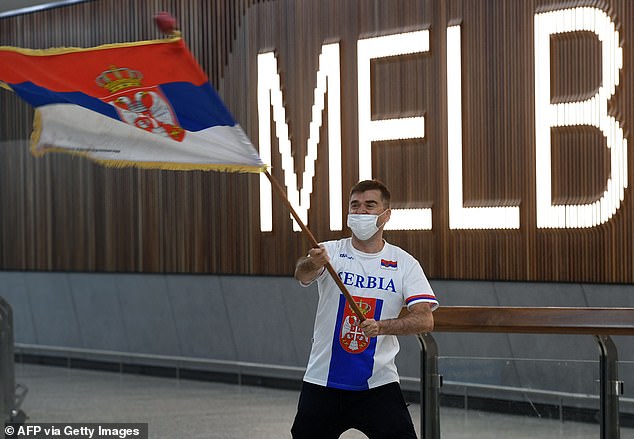