Nottingham Forest are on the hunt for a keeper after Dean Henderson was ruled out for at least a month with a thigh injury.

Henderson, who is on loan from Manchester United, has been a vital figure in Steve Cooper’s side who sit 13th in the Premier League – five points above the relegation zone.

However, the 25-year-old suffered a thigh injury during his side’s 2-0 victory over Leicester City. 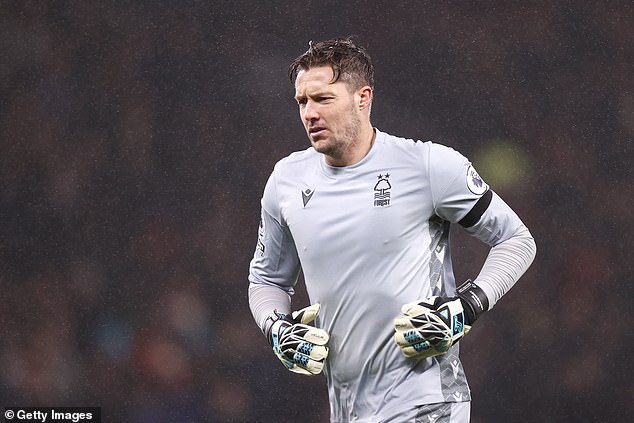 Wayne Hennessey, who has made just one Premier League appearance all season, is set to come in for Henderson in their six-pointer away at Bournemouth on Saturday.

However, Cooper’s side are determined to bring in another keeper to boost them in their relegation fight, while Henderson is out injured.

Henderson was able to finish the game against Leicester, but was in clear discomfort, after injuring himself while taking a goal kick at the start of injury time.

Following the game, Cooper did not hide his concern after the final whistle. 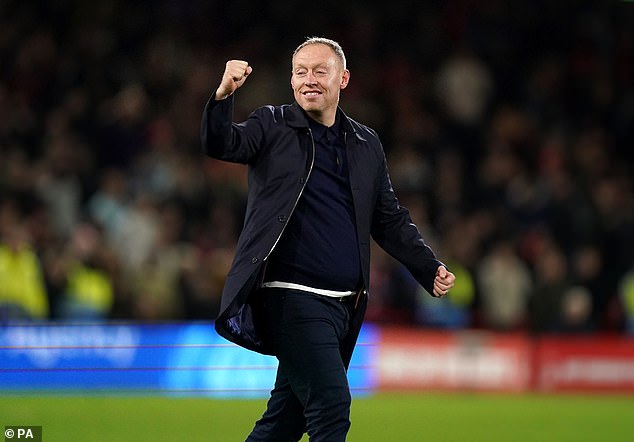 He said: ‘My first impression is that it is not good. But scans will tell us more and give us more clarity, over the next day or two. We will have to see how that goes.

‘It is a muscle injury. We believe in his thigh. But we will find out more in the coming days.’

Meanwhile, Forest completed the signing of £18million midfielder Danilo from Palmeiras on Monday.

The 21-year-old has signed a six-and-a-half-year contract and becomes Forest’s 24th new arrival since the club won promotion to the Premier League last year.