Not now bird flu! Russia reports world’s first ever cases of H5N8 flu in humans – but says the virus hasn’t spread between people yet

By Darren Boyle for MailOnline and Afp

Russia has discovered the first human cases of the highly infectious H5N8 bird flu virus at a poultry farm in the south of the country.

Scientists identified seven workers who were infected with the virus in December. It is the first time this strain of avian influenza – which is deadly to birds – has been identified in humans.

Moscow today announced it has informed the World Health Organization about the jump of H5N8 from birds to humans.

Russia has announced it has identified its first human cases of the H5N8  bird flu virus in humans. Here birds are culled in Glinik, Poland after being infected with the disease 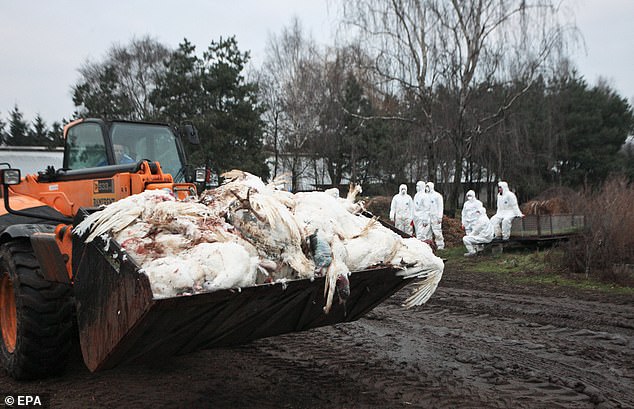 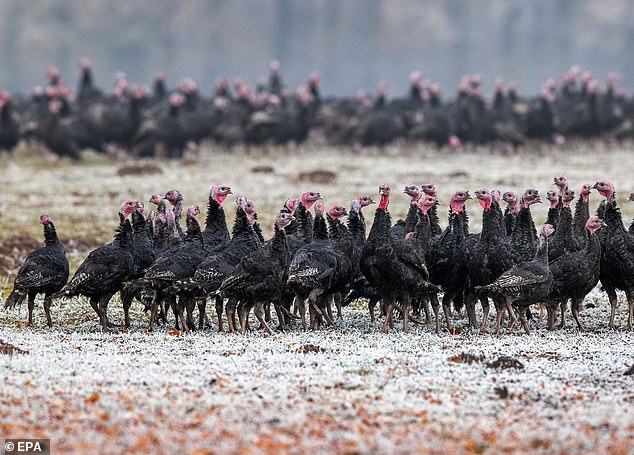 Seven people tested positive for the highly infectious H5N8 virus in Southern Russia in December. Health officials claimed there has not been any human to human transmission of the virus yet

Outbreaks of H5N8 in poultry farms have been reported across Europe, although Russia is the only country to have identified the virus in humans.

Russia reported the case to the WHO ‘several days ago, just as we became absolutely certain of our results,’ Popova said on Rossiya 24 state TV.

There was no sign of transmission between humans so far, she added.

Previously another strain of bird flu – H5N1 – has been known to spread to humans.

Seven workers at a poultry plant in Russia’s south were infected with the H5N8 strain when there was an outbreak at the plant in December, she said, adding that they feel fine now.

‘This situation did not develop further,’ Popova said.

There are different subtypes of avian influenza viruses.

While the highly contagious strain H5N8 is lethal for birds it has never before been reported to have spread to humans.

Popova praised ‘the important scientific discovery,’ saying ‘time will tell’ if the virus can further mutate.

‘The discovery of these mutations when the virus has not still acquired an ability to transmit from human to human gives us all, the entire world, time to prepare for possible mutations and react in an adequate and timely fashion,’ Popova said.

According to the WHO, people usually get infected through direct contact with animals or contaminated environments, and there is no sustained transmission among humans.

H5N1 in people can cause severe disease and has a 60 per cent mortality rate.

Located in Koltsovo outside the Siberian city of Novosibirsk, the Vektor State Virology and Biotechnology Center has developed one of Russia’s several coronavirus vaccines.

Speaking in televised remarks, Vektor head Rinat Maksyutov said the lab was ready to begin developing test kits that would help detect potential cases of H5N8 in humans and to begin work on a vaccine.

The Soviet Union was a scientific powerhouse and Russia has sought to reclaim a leadership role in vaccine research under President Vladimir Putin.

After initial scepticism in the West, the Lancet journal this month published results showing the Russian vaccine – named after the Soviet-era satellite – to be safe and effective.

Avian flu has raged in several European countries including France, where hundreds of thousands of birds have been culled to stop the infection.