Norwich have completely cut ties with their new sponsor BK8 after backlash from fans following complaints over provocative marketing from the betting company – such as simulated sex acts with a sausage.

The Canaries announced the Asian betting firm as their new principal partner for the 2021-22 season – in a deal worth £5million – on Monday morning but the newly promoted side now admit they ‘got it wrong’.

The sponsorship announcement was met with criticism as supporters pointed out some of the company’s lurid marketing material online and BK8 apologised, removing some of the offensive content. Now, Delia Smith, the club’s joint-majority shareholder and the powers that be have decided to kill the deal. 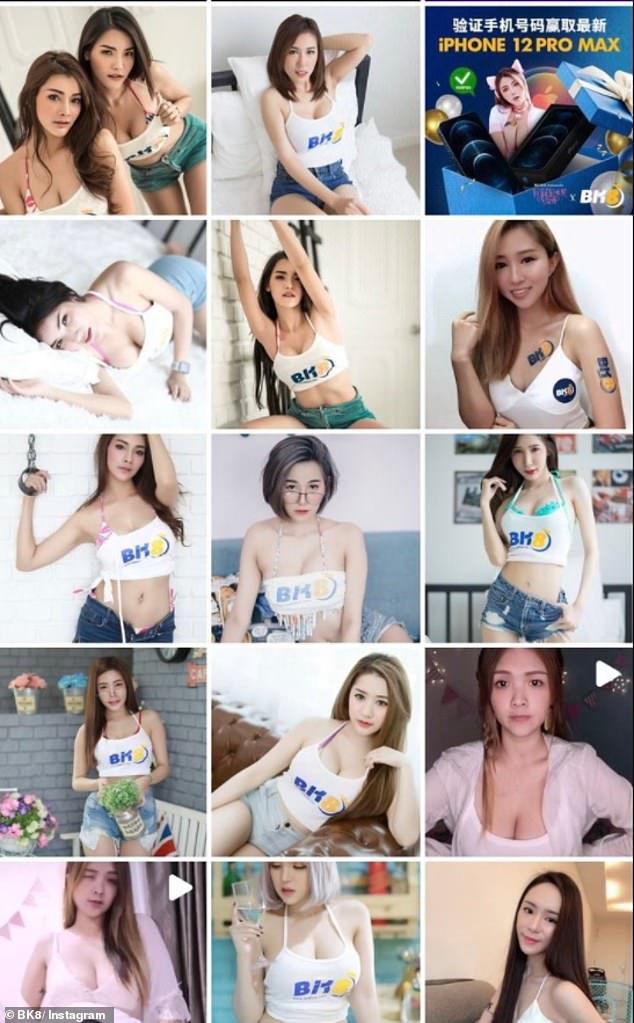 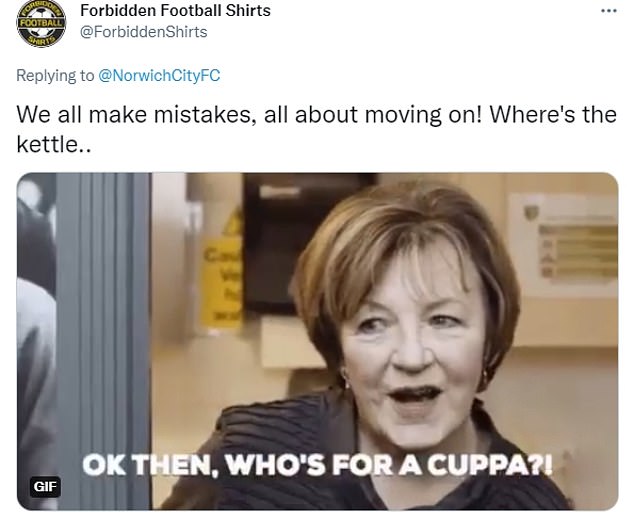 One Instagram account that claims to belong to a BK8 ‘ambassador’ with more than a quarter of a million followers linked directly to hardcore pornography.

On BK8’s Thai language YouTube channel, there was a video posted in 2019 with half a million views showing four young women simulating a sex act on a sausage. The clip was made private on Monday afternoon and subsequently taken down.

Another video, also removed on Monday, showed women simulating sex but without the nudity that would have triggered YouTube’s strict filters.

Influencers working for BK8 on TikTok still had provocative videos up on their accounts.

A spokesman for the club subsequently said: ‘Norwich City can announce the mutual termination of the club’s commercial partnership with BK8.

‘The club and BK8 have taken on board feedback from its supporters and partners, and after continued discussions we have agreed to immediately end the partnership. 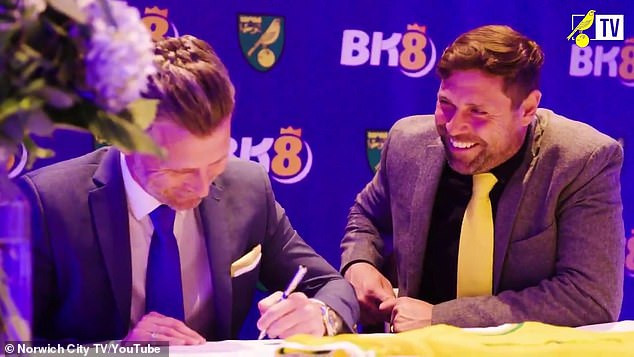 ‘As a club, we’re proud of our place within the local community and our relationship with supporters around the world. We have worked tirelessly for a considerable time building relationships across a wide range of mediums and community projects.

‘Whilst we anticipated some negative responses to the announcement of the partnership with a betting company, the club understands the reaction to BK8, their affiliates and other similar brands’ ways of marketing, the values of which do not align with those of the football club.

‘On this occasion, we got it wrong. For that, and any offence caused, the club apologises.’

Most fans reacted positively to the news that the deal is off. Many credited the club for the swift decision to get rid of BK8 despite branding the initial lack of due diligence a ‘shambles’ and ‘dreadful’.

The club will now have to fill a hole in their budget and search for a new primary sponor, which is unlikely to be a betting firm.

Norwich City’s chief operating officer, Ben Kensell, said: ‘We have worked hard to build trust and engagement through our countless initiatives with our supporters and partners. We place huge value on our open and honest relationships with our community and supporters. 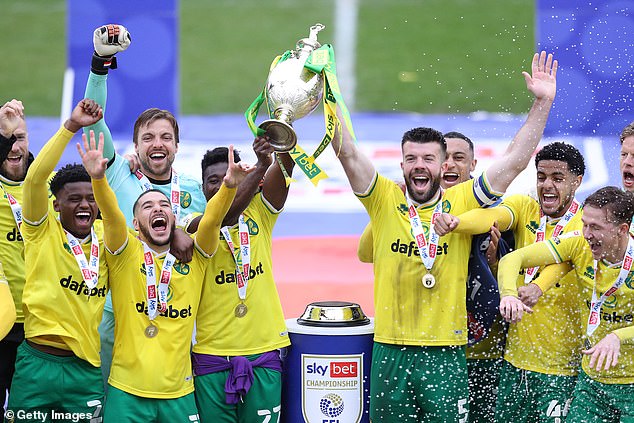 ‘As a self-financed club there is always a fine balance between generating the revenue levels required to help maintain that model, whilst working within our visions and values.

‘On this occasion, we made an error of judgement. Our standards were not at the levels we demand of our football club.

‘We can now only apologise to our supporters and former players, Grant Holt and Darren Eadie, who were across the BK8 promotional launch campaign, for any offence caused.

‘We remain highly committed to diversity and equality across our football club and its community. We want to continue to embed a highly inclusive culture across the club, together with an accessible and welcoming environment free of demeaning and discriminatory behaviours.’

‘A further update on a replacement shirt sponsor will follow in due course.’ 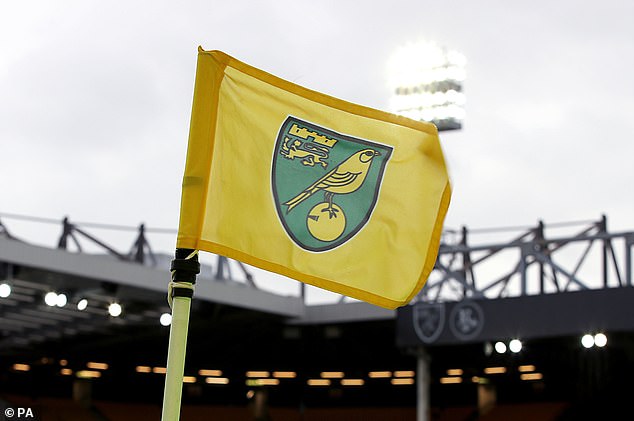 BK8 added: ‘Our primary mission is to provide a safe and regulated betting platform for sports fans. It is therefore essential that we listen to the voices of the fans in the communities we serve and recognise when we are wrong.

‘We apologise for the social media content published by the affiliates of BK8, which has cause offence and have taken immediate steps to change the way we market the brand. BK8 commits commits to the fans that we will inject a portion of these sponsorship funds back into charities and relevant associations.

‘This marks the first step in our journey to win back the trust of Premier League football fans, as we work hard to ensure that football sponsorship money is invested back into the fan communities which matter most.’

The Canaries were promoted back to the Premier League at the first time of asking following their relegation from the top flight at the end of the 2019-2020 season.

Daniel Farke’s side finished six points clear at the top of the Championship.