Dramatic footage shows the moment cops chase down a resident of the controversial ‘tent city’ that has been built metres from one of Sydney’s most popular beaches.

Daily Mail Australia recently revealed locals were concerned about the homeless camp erected in the sand dunes of Dee Why, in the city’s northern beaches.

Tensions escalated on Monday when footage emerged of a fire lit in the sand dunes and of a man with a large beard being chased by police officers near the makeshift camp.

The tent city was then ripped down by Northern Beaches Council workers on Tuesday ‘due to public safety concerns’, a council spokeswoman said. 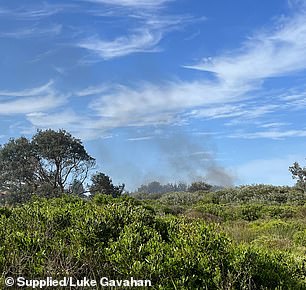 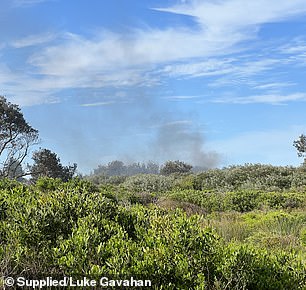 A fire lit at the sit of the tent city, next to Dee Why lagoon, on Monday forced council to remove the makeshift campsite on Tuesday

Locals of the wealthy suburb claim they have been robbed and threatened by rough sleepers living in the makeshift shelters as they walk along the beach.

Others have accused them of watching beachgoers through binoculars so they can run down the dunes and steal unattended items.

Some reports claim the tent city residents dress up as tradies to wander through car parks and check for unlocked doors.

Dee Why locals say they are afraid of the beach dwellers and are concerned their presence has affected the nearby lagoon’s delicate ecosystem. 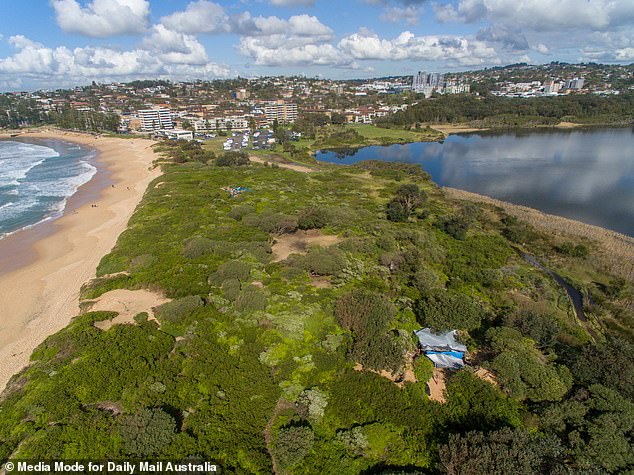 Three makeshift homeless camps, which grew throughout the Covid pandemic, were located up in Dee Why Beach’s sand dunes 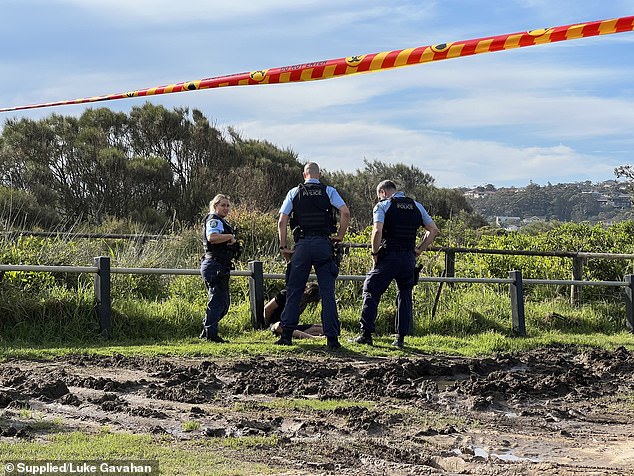 ‘We have been working with relevant homeless support agencies in a continual effort to provide assistance to those living in the dunes at Dee Why for a number of years now,’ Northern Beaches Council CEO Ray Brownlee said.

‘Homelessness is a complex issue and we have sought to approach those involved with understanding and compassion.

‘A violent incident and fire in the dunes at Dee Why this weekend has left Council, with the assistance of NSW Police, with little other option but to disband the camp and remove the growing accumulation of rubbish and other materials which are posing an ongoing fire and safety risk.

‘Council is continuing to facilitate assistance to those impacted through welfare and housing agencies and communicate support options available to them.’ 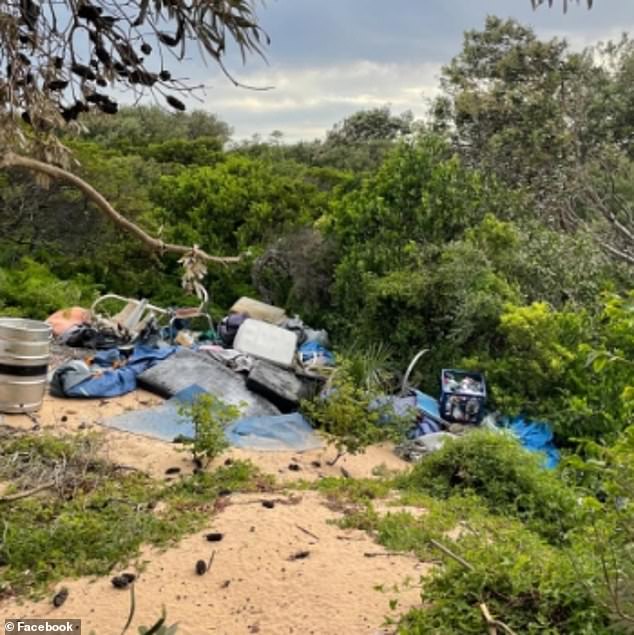 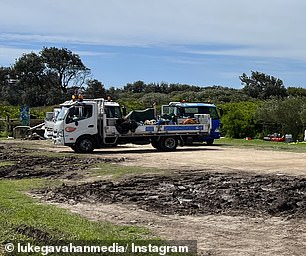 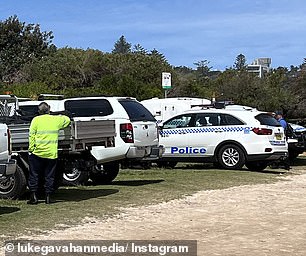 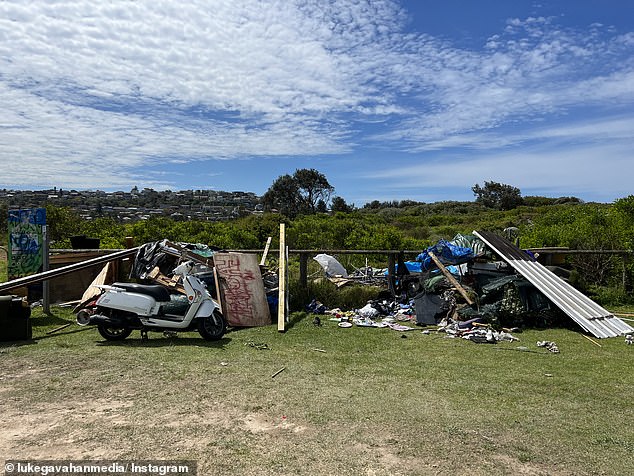 Council workers began clearing the dunes at about 9.30am on Tuesday morning.

The camp’s residents watched on as their possessions were removed from the site and were told they could collect them later in the day.

They have so far refused council’s help to relocate.

Police were also at the scene of the campsite removal acting as peace keepers.

Daily Mail Australia understands the tent city residents previously lived at another location around the Dee Why Lagoon but moved closer to the beach after a fire.

It’s believed the group grew in size during the Covid pandemic with three campsites now living in the area. 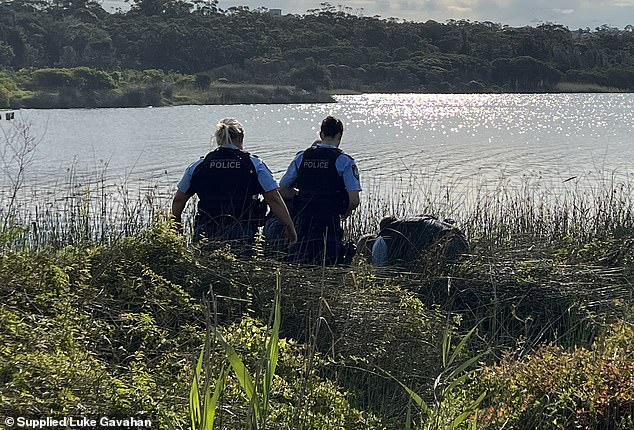 Footage shows police arresting a man, not the man who allegedly lit the fire, near the Dee Why tent city on Monday 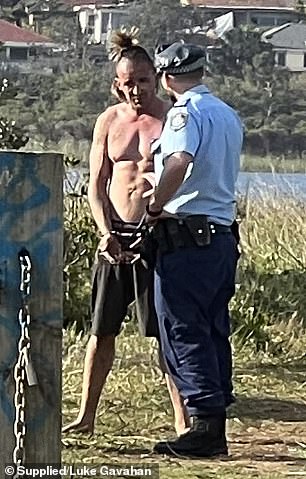 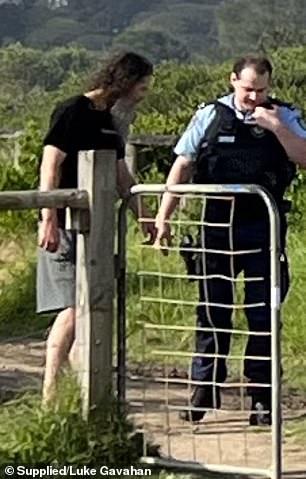 Council said it decided to remove the campsite after a man allegedly kicked a police officer in the head while they tried to arrest him for allegedly burning down a shelter in the nearby homeless ‘city’.

NSW Police arrested the man, 35, on Monday after he allegedly set fire to the tent at about 4.30pm.

It was only the latest in a string of hostile events around the controversial campsite.

Police arrested the 35-year-old man after they discovered him at a nearby service station.

Police said they were forced to use capsicum spray during the arrest and one officer was kicked in the head.

They allege he also threatened another man in the area with a machete and lighter shortly after the fire was reported. 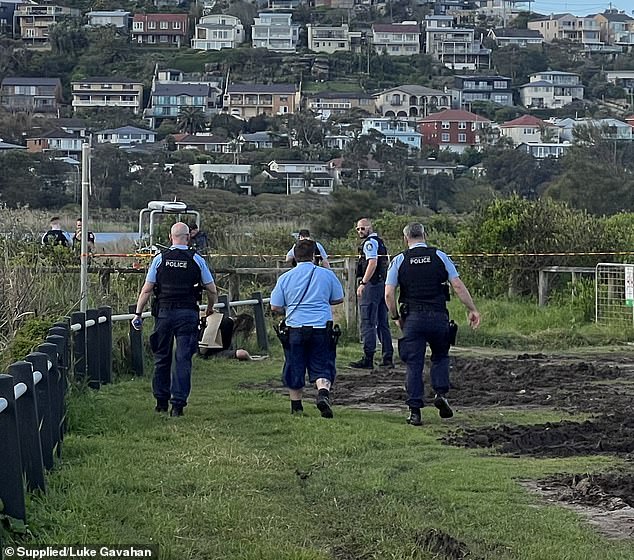 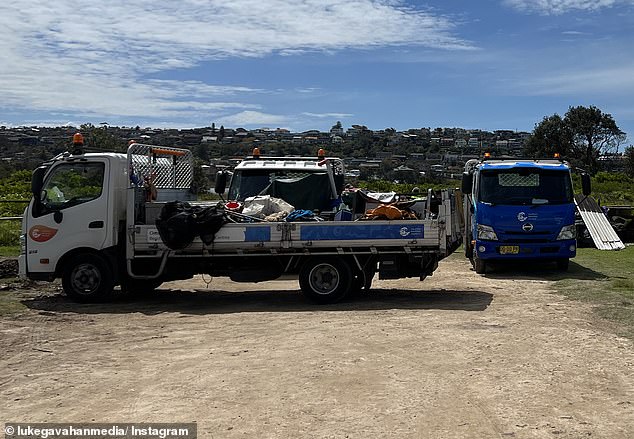 Trucks full of tarps, metal sheets and other various items were removed from Dee Why Beach’s sand dunes on Tuesday

The man was charged for damaging property by fire, using an offensive weapon with intent to commit indictable offence, assaulting police, and resisting and hindering police.

NSW said the machete and lighter used in the alleged threatened attack were later found in the area and taken for forensic analysis.

Another man, 43, was later arrested at Dee Why Lagoon and charged for assaulting and intimidating police.

Dramatic footage and photos taken by Mr Gavahan  show the man running from five police officers who surround him as he heads down to the beach.

Both men were refused bail and will appear before Manly Local Court on Tuesday.

It has not been confirmed whether either of the men were living on the beach. 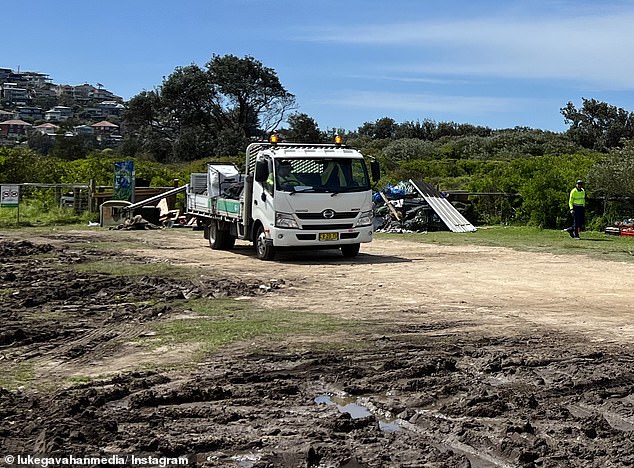 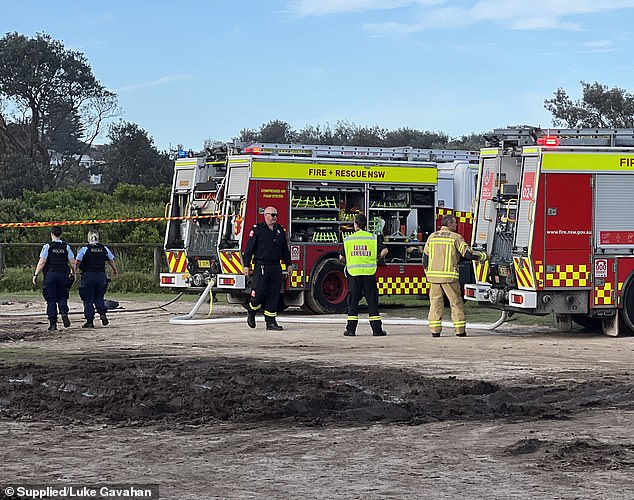