The devastated husband of a mother-of-two who was stabbed to death while defending her family’s home has revealed his first thoughts during the traumatic incident.

Brisbane dad Lee Lovell, 43, said he was able to survive a horror home invasion in North Lakes that saw his wife Emma, 41, killed by thinking of their daughters.

Mrs Lovell was fatally stabbed in the chest at about 11.30pm on Boxing Day after she and Mr Lovell went to confront a group of intruders inside their home.

Mr Lovell was also stabbed during the attack but said he knew he needed to stay alive for his daughters after watching his wife fall to the floor. 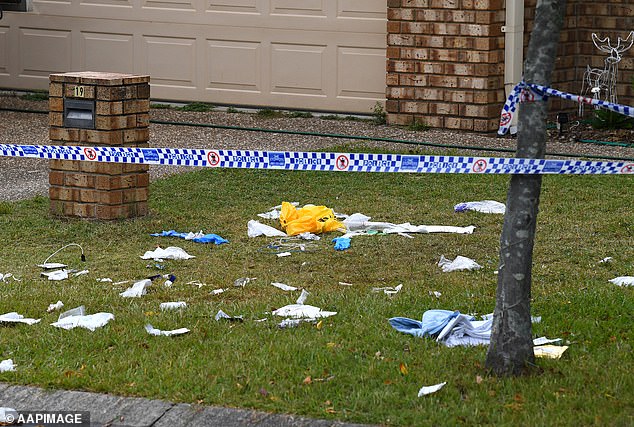 Mrs Lovell was killed at about 11.30pm on Monday with two 17-year-old boys charged for her alleged murder (pictured, the Lovell’s home following the attack)

‘I didn’t know how deep the stab wound was, I was so fearful of not surviving and leaving the kids on their own,’ he told Courier Mail.

‘I kept telling myself I can’t die, I need to survive. That was the pep talk I was trying to give to myself.’

Mr Lovell said he’ll miss Mrs Lovell’s relationship with their daughters and is heartbroken they’ll grow up without their mother.

He added he’ll also miss their own relationship but treasures the time they had together.

‘We were so in love. She was so nice to be around. We enjoyed being in each other’s company,’ he said.

‘On a Saturday night we’d watch a movie and have a couple cocktails, just being in each other’s company was just really nice and I’m just going to miss that part.’

Mrs Lovell’s tragic death came after her neighbourhood introduced a halfway house for troubled teens which the two 17-year-olds charged for her murder were reportedly known to frequent. 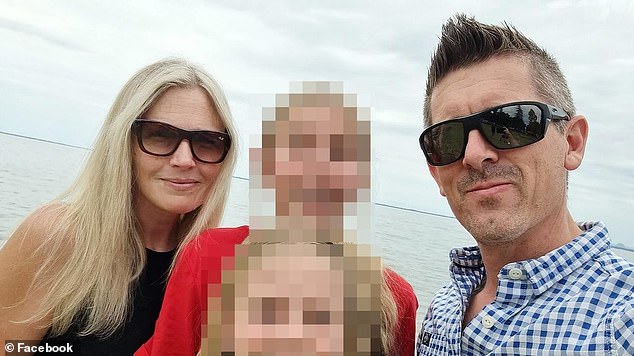 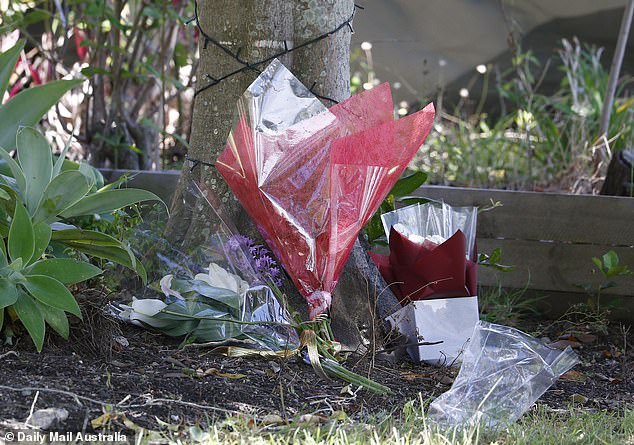 The two teens charged for Mrs Lovell’s murder were reportedly known to frequent a nearby halfway house (pictured, tributes left outside the Lovell’s North Lakes home)

Neighbour Tracey said different boys and girls would move out of the halfway house every few weeks.

She said her family were not told that the home would be used as a living facility for juvenile offenders when it was bought by a charity organisation in May, 2021.

Over the past 18 months, they have witnessed cops repeatedly storming into the home, heard skirmishes in the street, and smelt drugs wafting over their back fence.

‘We sometimes smell them smoking marijuana, and hear them drinking out the back,’ she said.

‘One group we could hear them bragging about a car. Some looked as young as 13. None of them have had cars, so we’d always see them walking around the neighbourhood.’

Tracey said there never seemed to be a live-in supervisor, although they once heard a man inside explaining the house rules to the tenants.

Neighbours did witness some clashes at the halfway house, including an incident where a social worker chased a screaming youth down the street.

She said the recent group had only moved in a few weeks ago, and appeared quiet compared to previous tenants.

In recent days, however, she had noticed a series of graffiti tags saying ‘Northside’ scrawled along fences, walls and power boxes, near the halfway house. 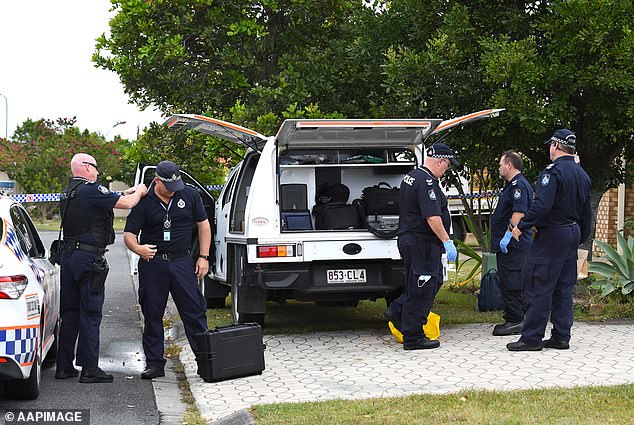 It is understood one of the teens charged for Mrs Lovell’s murder was recently released on bail for another alleged stabbing (pictured, police outside the Lovell’s home) 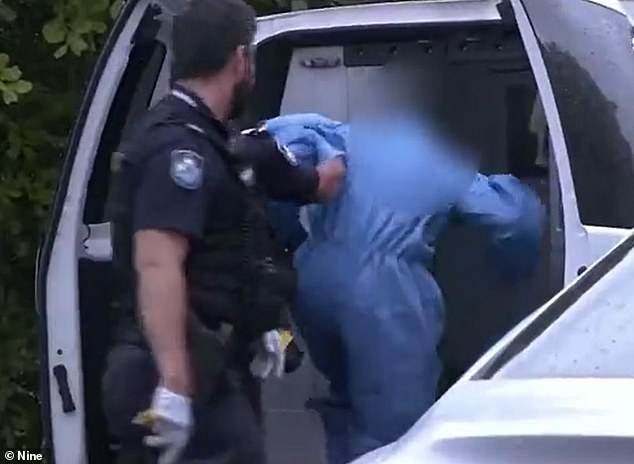 Two teenage boys have been arrested for Mrs Lovell’s alleged murder following her death on Boxing Day (pictured, one of the arrests)

She was unsure if the group were affiliated with the notorious ‘Northside’ gang – a group of young teens known for carjackings, violence, and break-ins, then boasting about the crimes online – or if the spray-painted messages were the work of their associates who have visited the home.

It has also been revealed that one of the two 17-year-old boys charged with Mrs Lovell’s murder had only recently been released on bail for another violent crime.

It is alleged the teen stabbed Brisbane lawyer Aaron Anderson in his St Lucia last year when he was aged 15.

Mr Anderson said the two teens allegedly involved in his home invasion had their charges dropped from attempted murder to unlawful wounding.

The then 15-year-old was later released from jail in what Mr Anderson said is a ‘frustrating’ example of juveniles being let off easy.

‘I wasn’t satisfied with the original sentencing, the pendulum is far too in favour of rehabilitation and reintroduction of youths who commit serious crimes – there needs to be changes,’ he told Courier Mail.

One of the boys was arrested on several charges on Christmas Eve, but was released on Boxing Day just hours before Ms Lovell was killed.

Two other teenage boys investigated in connection with Ms Lovell’s death were charged with stealing in a separate incident earlier on Boxing Day.