North Korean leader Kim Jong Un has called for stronger efforts to guard against coronavirus, saying there will be ‘serious consequences’ if the illness spreads to the country.

During a ruling party meeting, Kim called for the country’s anti-epidemic headquarters to strengthen screening and tests to seal off all ‘channels and space through which the infectious disease may find its way,’ Pyongyang’s official Korean Central News Agency said Saturday.

Kim emphasized that all fields and units of the country should ‘unconditionally’ obey quarantine instructions laid-out by the anti-epidemic headquarters.

He called for the strict enforcement of preventive measures against what he described as a tricky virus that spreads rapidly.

‘In case the infectious disease spreading beyond control finds its way into our country, it will entail serious consequences,’ the agency quoted Kim as saying during the politburo meeting of the Workers’ Party.

It came as South Korea reported 594 new coronavirus cases on Friday, raising its total to 2,931. 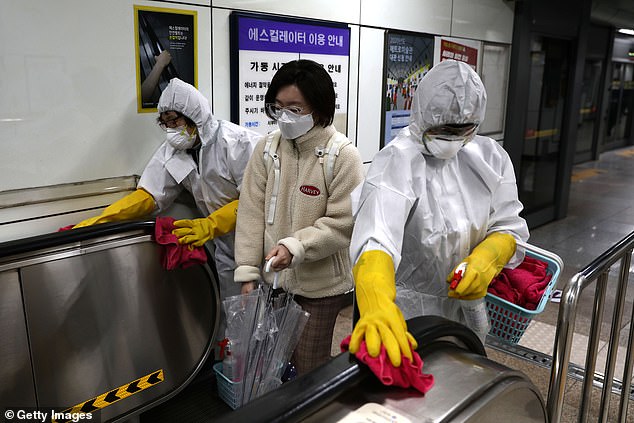 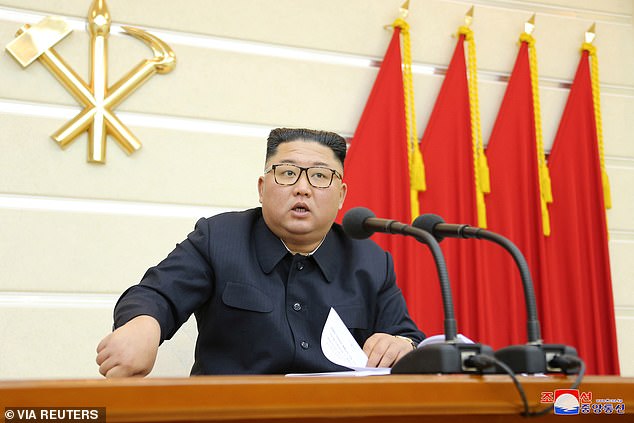 No new deaths were immediately reported – 13 people have so far been killed in South Korea, which has the largest outbreak outside of mainland China.

The North has yet to report its first infection from the new coronavirus, but it has been pushing a tough campaign it has described as a matter of ‘national existence.’

The country has shut down nearly all cross-border traffic, banned tourists, intensified screening at entry points and mobilized tens of thousands of health workers to monitor residents and isolate those with symptoms.

Experts say an epidemic in North Korea could be dire because of its chronic lack of medical supplies and poor health care infrastructure.

But the country’s self-imposed lockdown could also hurt an economy already battered by stringent U.S.-led sanctions over its nuclear weapons and missile program. 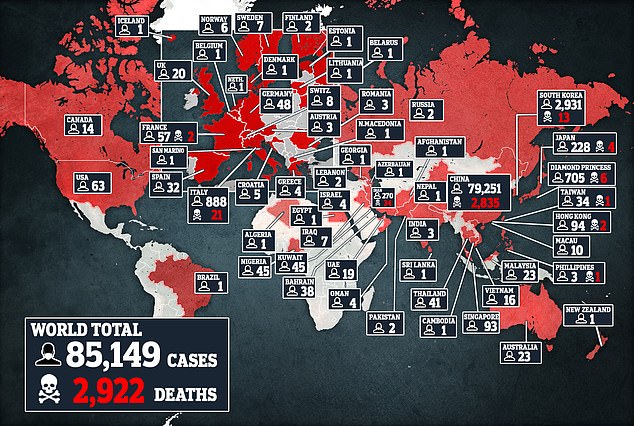 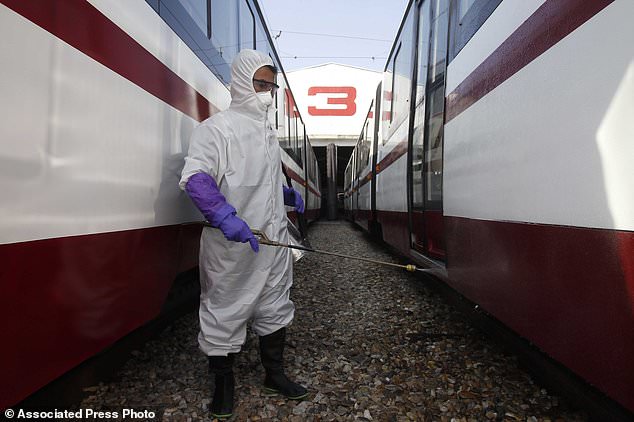 A member from an emergency anti-epidemic headquarters in Mangyongdae District disinfects a tramcar of Songsan Tram Station to prevent new coronavirus infection in Pyongyang, North Korea

State media reported that Kim during the recent meeting also stressed that the country’s economic goals should be met without fail amid strengthened anti-epidemic efforts.

Some experts say the country´s intensified anti-virus efforts could potentially hamper Kim’s ability to mobilize his people for labor.

That could lead to possible delays in some of Kim’s ambitious development projects.

In a separate report, KCNA said Kim supervised a military drill that simulated an attack on an island target.

The North’s Rodong Sinmun newspaper published photos of Kim watching from an observation post and artillery vehicles firing from a coastal area.

The report said the drill was aimed at testing the combat readiness of units in frontline and eastern areas. The report didn’t specify when and where the drill took place.