Sydney starts the party early: Astonishing footage shows hundreds of revellers at the city’s beaches despite lockdown – before police arrive to break up the crowds

Hundreds of revellers have converged on Sydney’s beaches on Friday night to bring in the weekend despite the city’s hard Covid lockdown.

Footage taken about 6pm at North Bondi in the city’s eastern suburbs showed locals gathered in large groups on a grassy knoll overlooking the beach with no police in sight.

By 7.30pm though officers had arrived to break up the festivities – with hundreds then seen packing up and leaving the park. 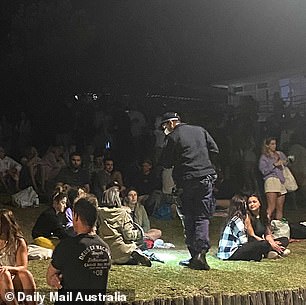 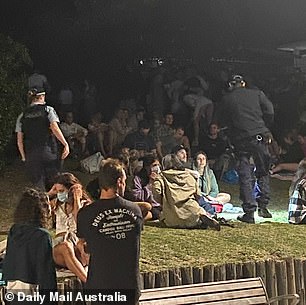 By 7.30pm though officers had arrived to break up the festivities – with hundreds seen packing up and leaving the park 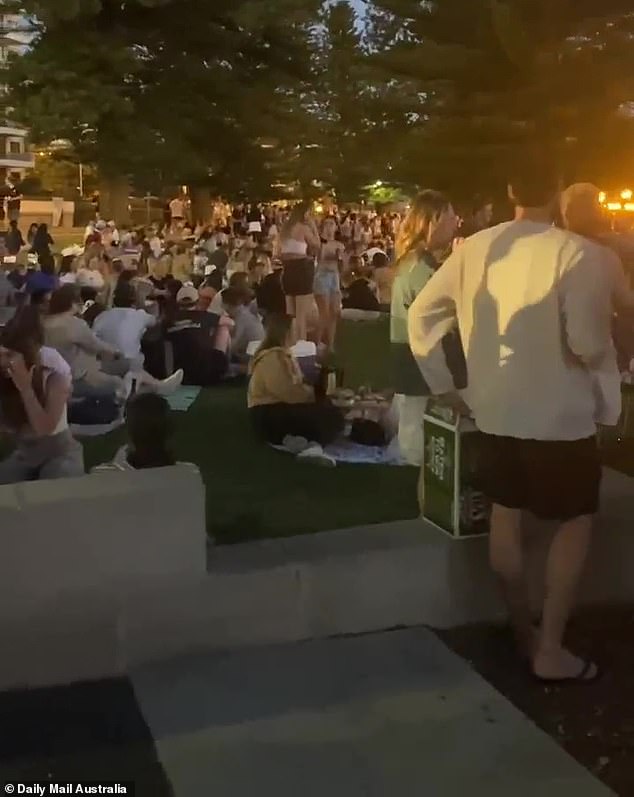 Large crowds could also be seen having a drink and catching up with friends at Manly Beach on the city’s northern beaches.

Sydneysiders are just weeks away from enjoying relaxed lockdown restrictions once 70 per cent of NSW’s eligible population is fully vaccinated – which is set for October 11.

But residents for now are still only allowed to gather in groups of two outdoors, or in groups of up to five if they are fully vaccinated against Covid-19.

The government’s roadmap to freedom allows a moderate easing of restrictions when the double dose rate hits 70 per cent, expected in mid October, including the return of pubs, gyms and hair salons with strict density requirements.